The Theory of Paradise

The function and process of ‘the Theory of Paradise’ is rooted in a narrative that challenges the concept of paradise, it’s like a space of faith.
In a society where prices are clearly marked, resources are scarce and unknown, there is a desperate need to acquire resources in order to survive or enjoy. Both the poor and the rich pray to God, the poor praying for a full meal and the rich wanting to be richer. Thus faith and desire become increasingly indistinguishable. When people believe in their faith, are their intentions as pure as they were at the beginning? Are they worshipping God, or are they worshipping their own desires? Is there nothing left in life but the unknown and fear?
In the real world, each religion has its own beliefs. People will be selfless in their faith and believe unconditionally that through faith they can get a better life and go to a better world after death. They put their hope by expressing their wishes to God. People have always given their food, and energy and expressed their worship of God through worship, memorials, rituals, etc. while placing their hope in their faith that by expressing their wishes to God they can seek refuge. This building was created and built based on the relationship between faith and reality. It allows people of different faiths to enter and imagine together what a “better world” might look like.
The objective is to challenge people’s fantasy of paradise and to try to make architecture and space a vessel for critiquing social paradoxes. My project poses the hypothesis that in the future there could be an idealised building in which people could temporarily leave behind the bad thing in the real world and Cleanse and renew their spirit to freshen it up and find their most original and unique selves. 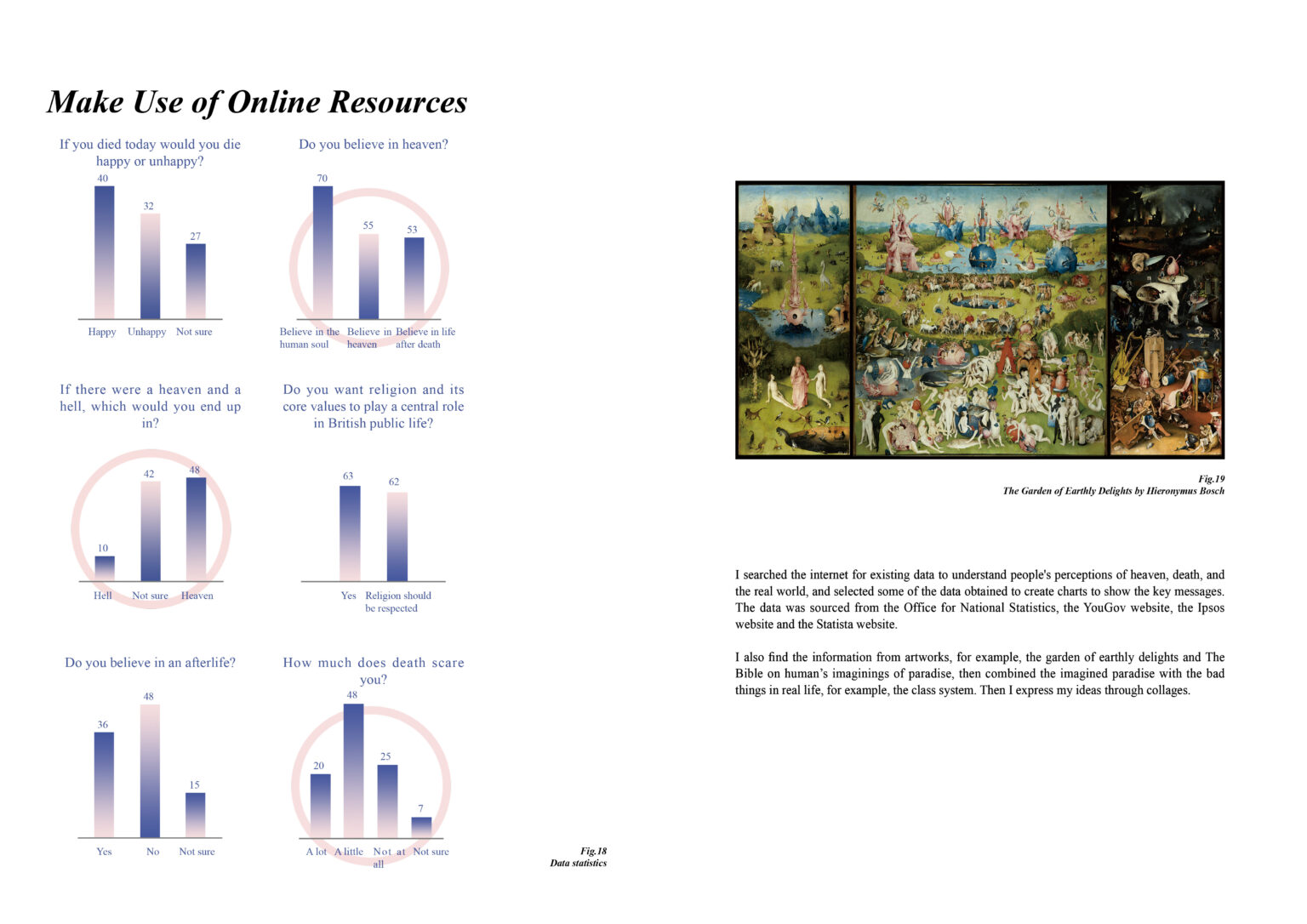 1 of 19
Previous Next
Close 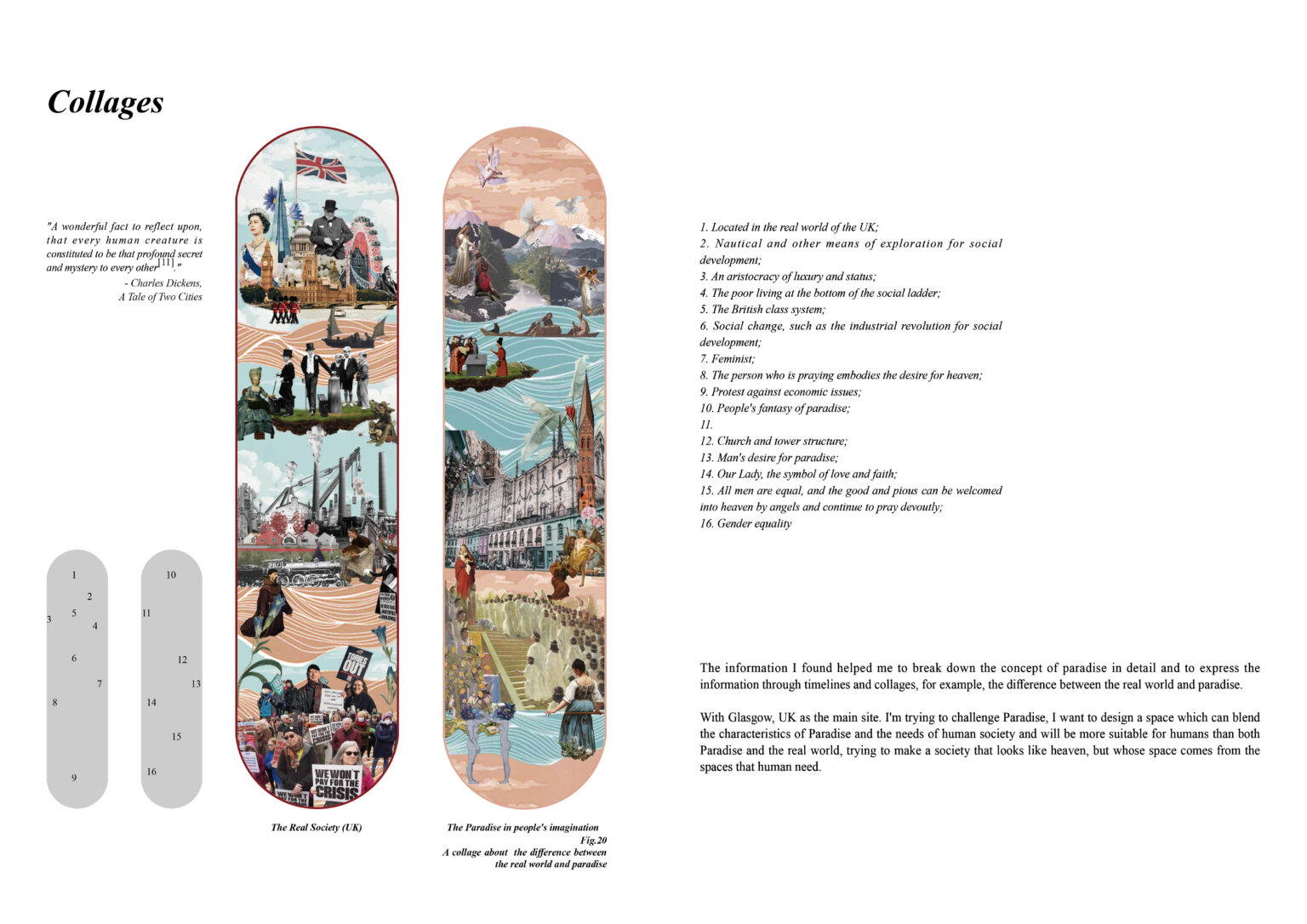 A Tale of Two Cities

By making use of online resources. I find the information from existing research on the website and artworks for example the garden of earthly delights and The Bible on human’s imaginings of paradise, then combined the imagined paradise with the bad things in real life, for example, the class system.
2 of 19
Previous Next
Close 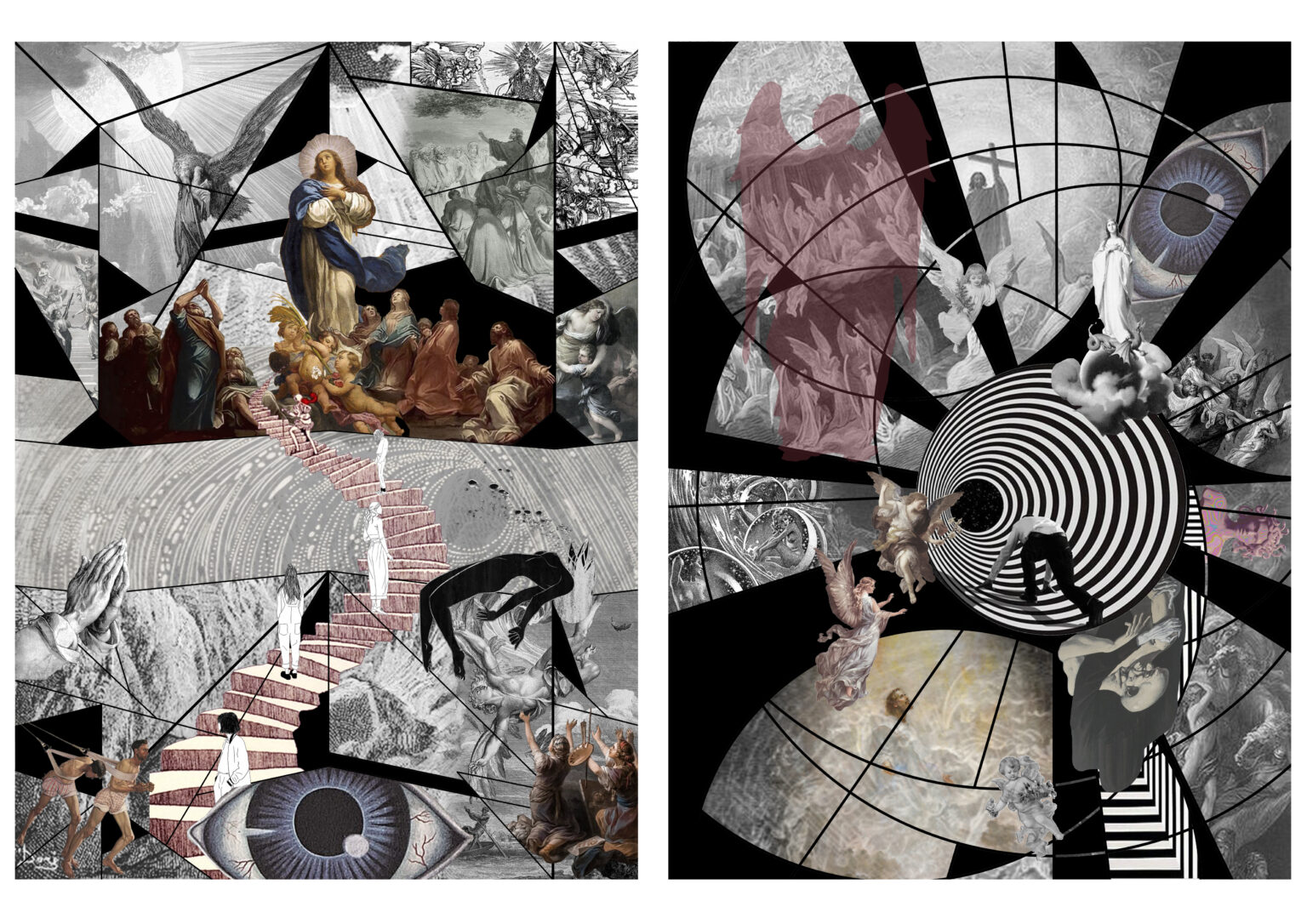 The journey to paradise

The collage shows the journey from earth to paradise. Paradise is a place to which everyone aspires, beautiful and sacred, full of hope.
3 of 19
Previous Next
Close 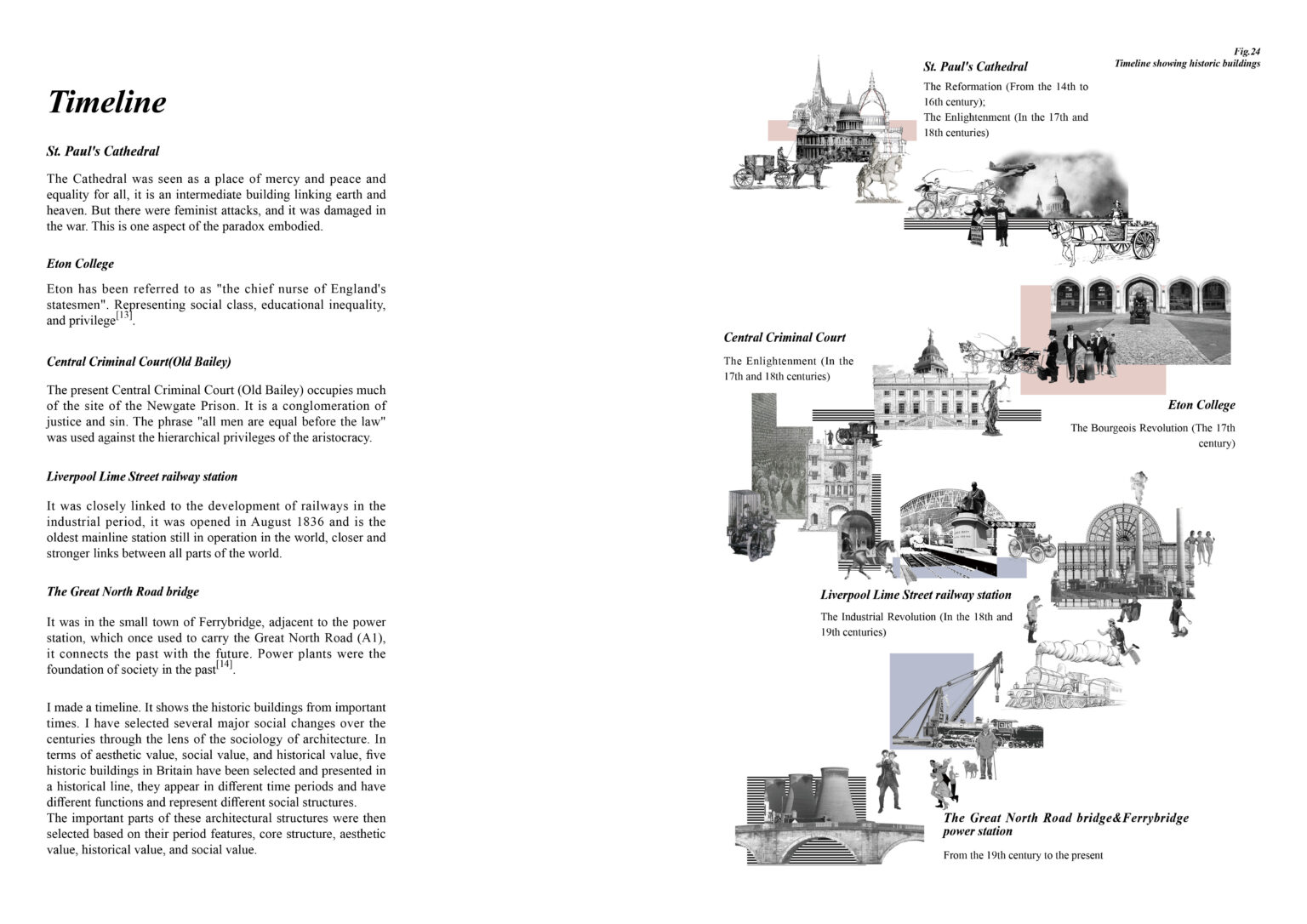 I have selected several major social changes over the centuries through the lens of the sociology of architecture. In terms of aesthetic value, social value, and historical value, five historic buildings in Britain have been selected and presented in a historical line, they appear in different periods and have different functions and represent different social structures.
4 of 19
Previous Next
Close 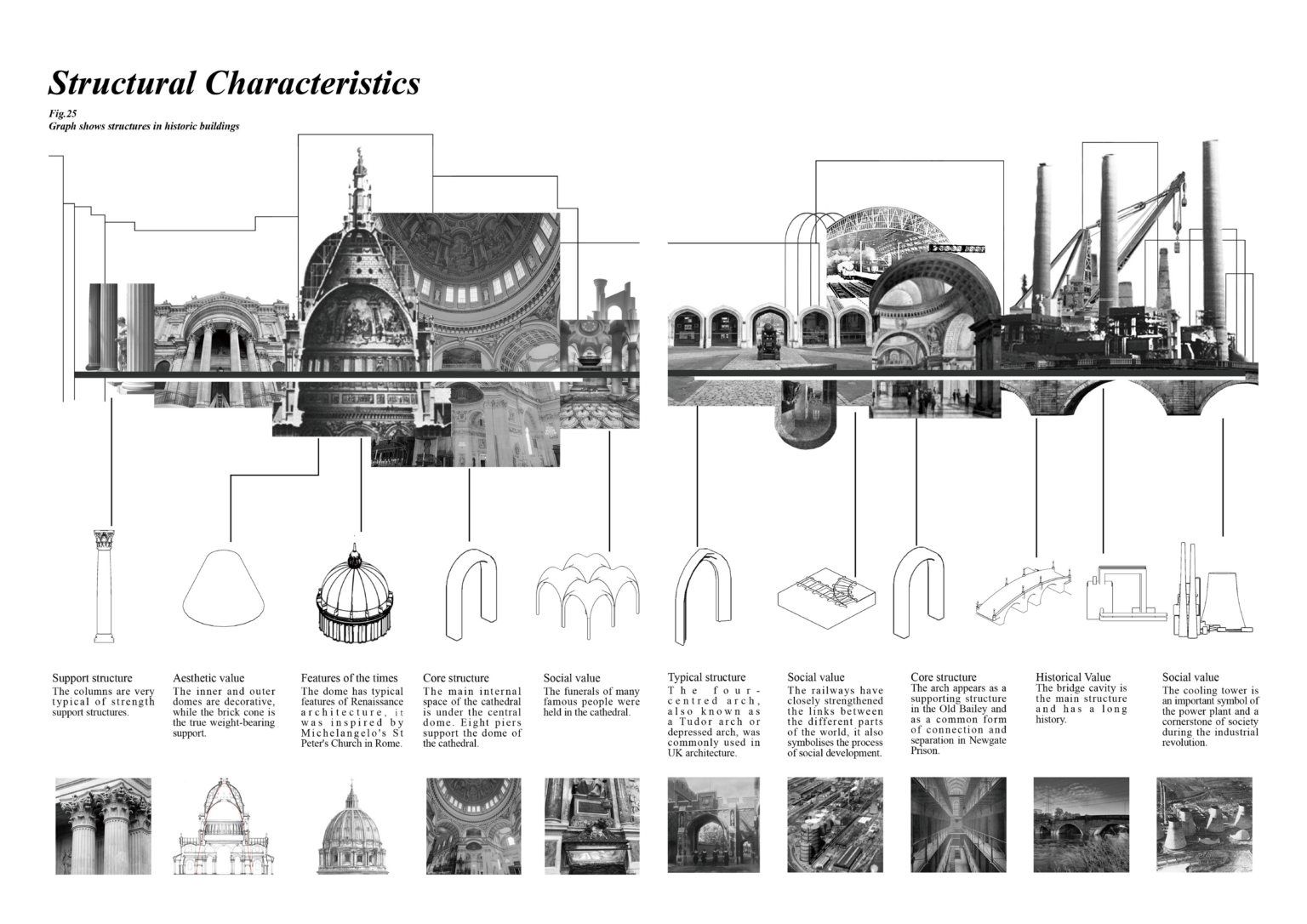 The important parts of these architectural structures from historic buildings were then selected based on their period features, core structure, aesthetic value, historical value, and social value.
5 of 19
Previous Next
Close 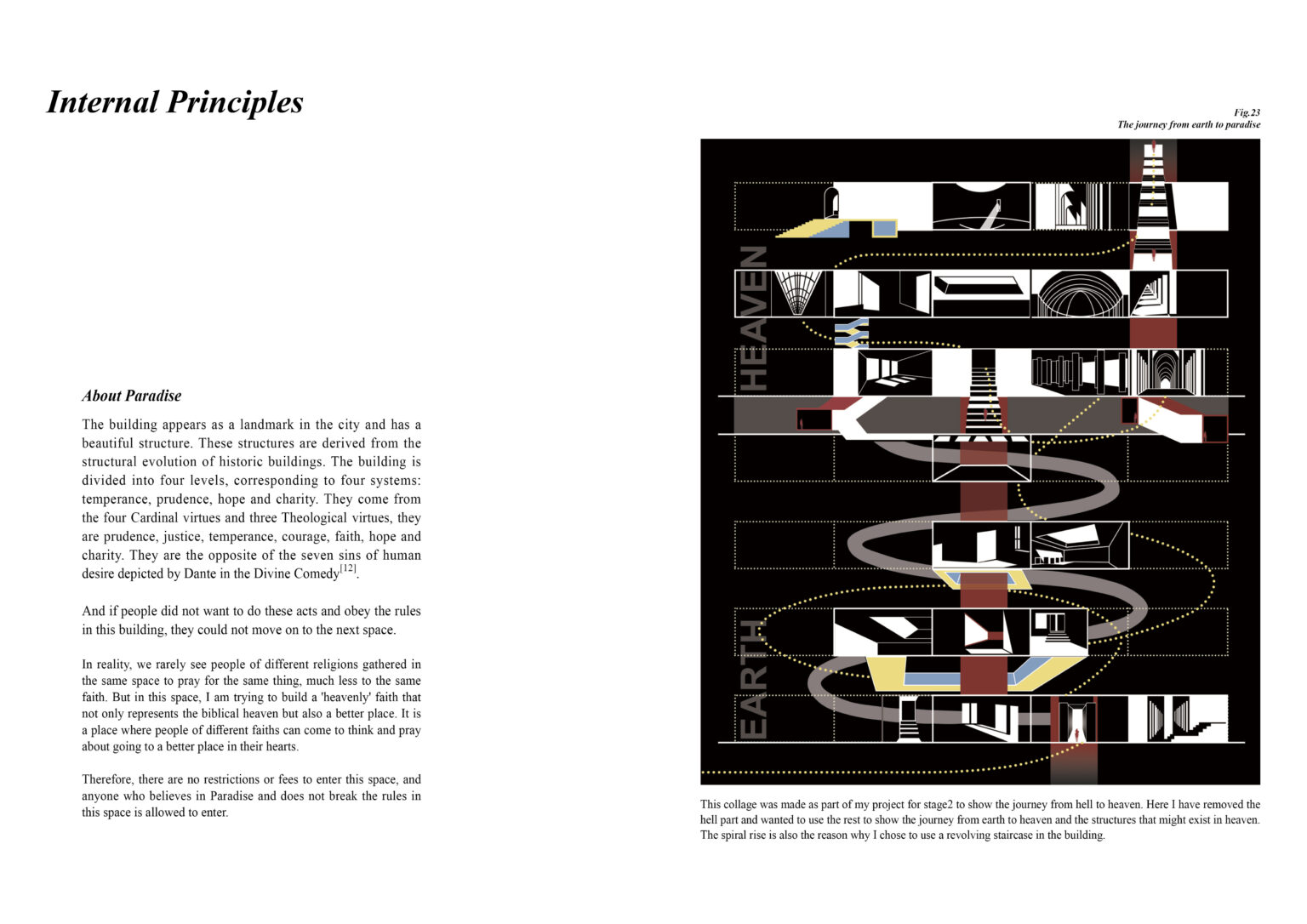 The source of the information is Dante's Divine Comedy.
6 of 19
Previous Next
Close 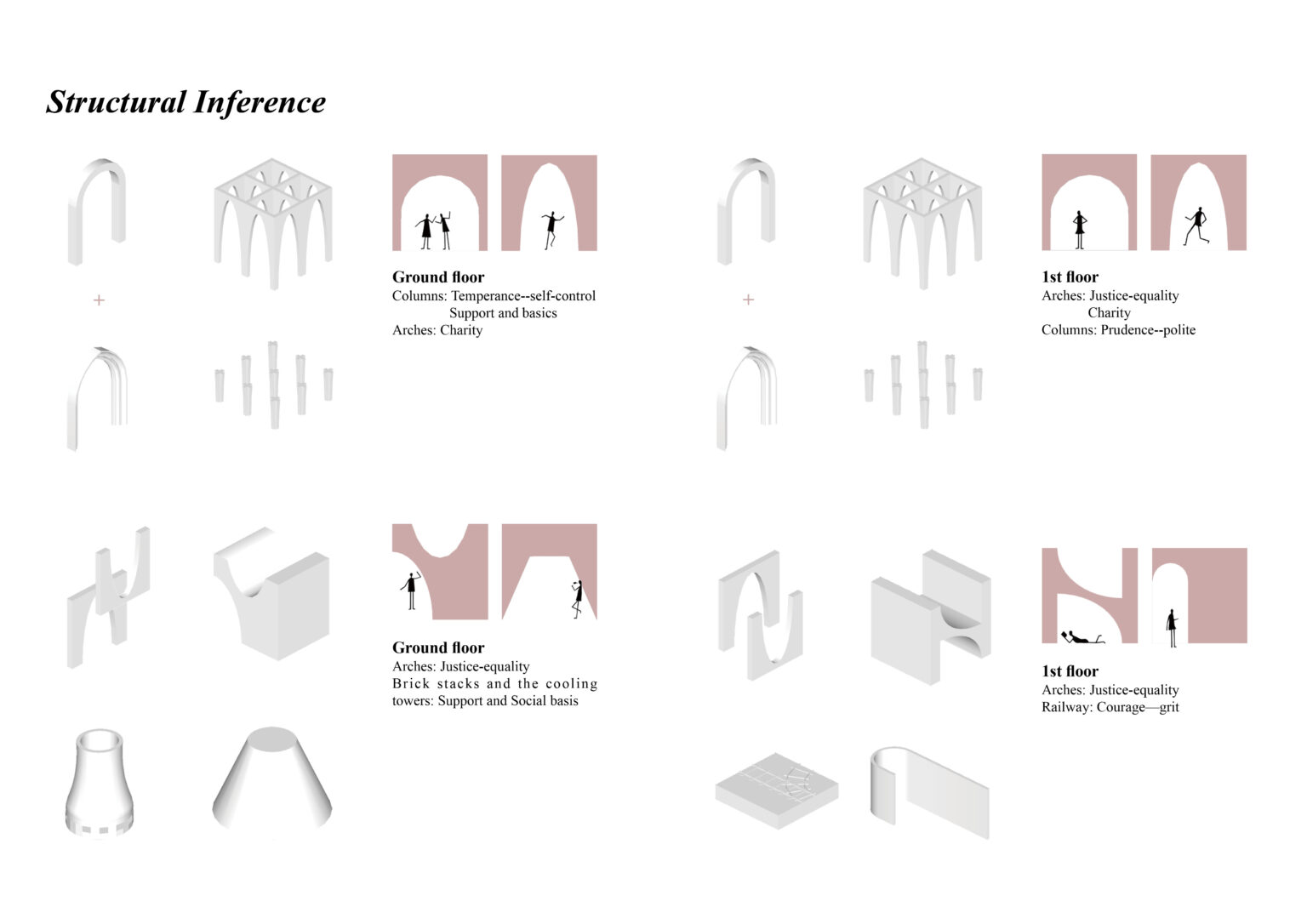 7 of 19
Previous Next
Close 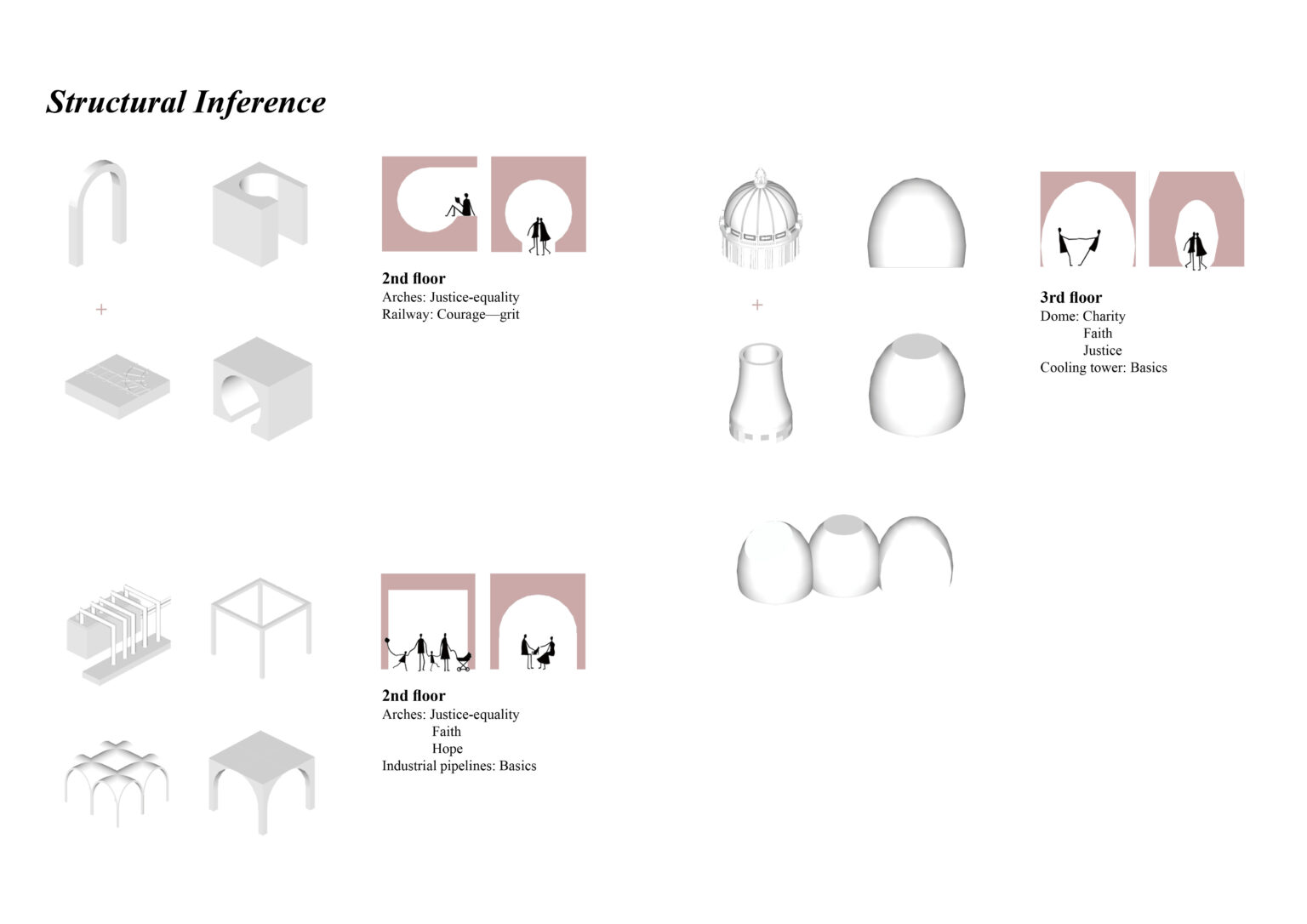 8 of 19
Previous Next
Close 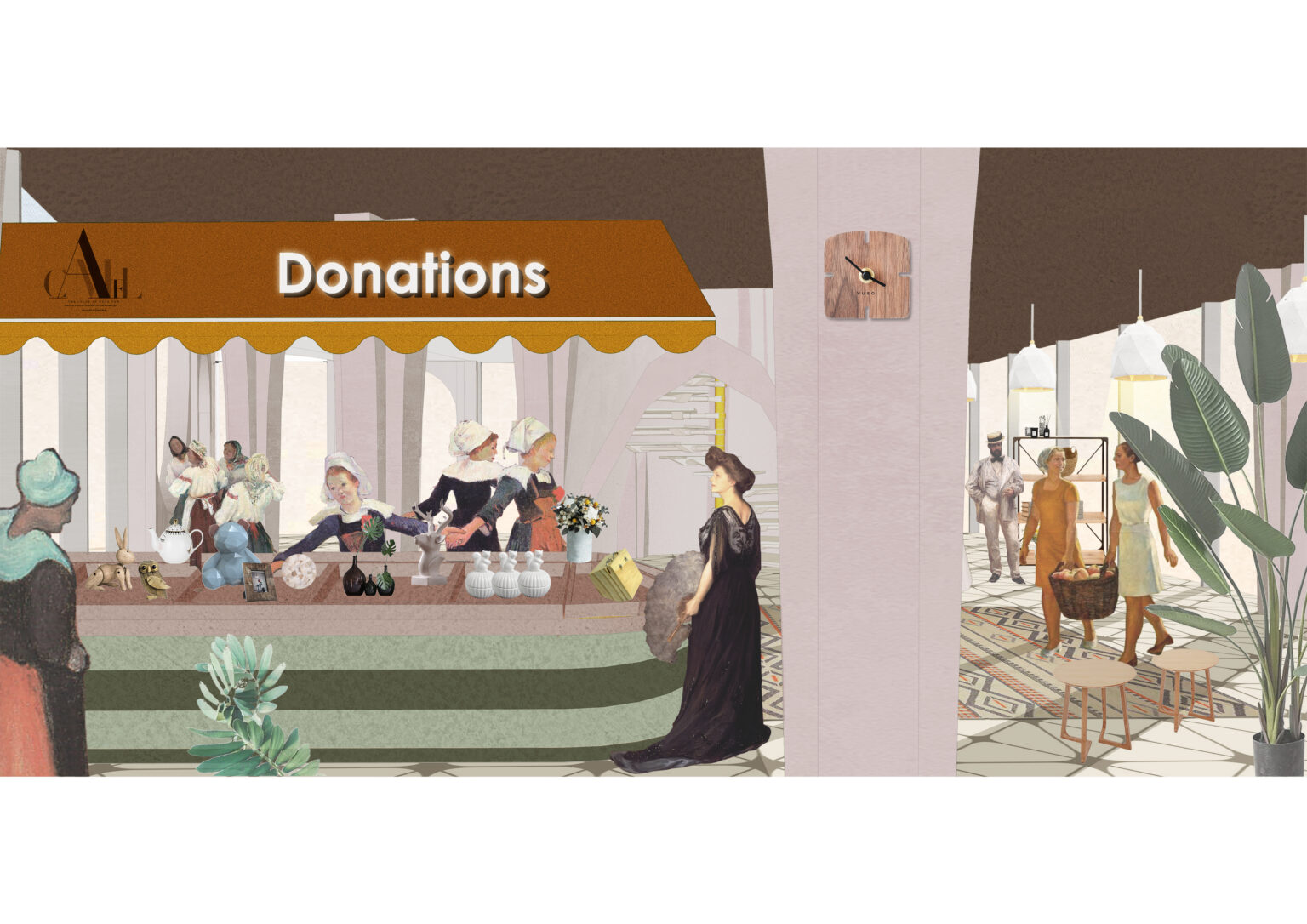 The virtues on the ground floor are temperance and charity. The space is like a mini bazaar where people can collect only one item. People can also have a charity sale, redefining the act of giving as a truly benevolent act.
9 of 19
Previous Next
Close 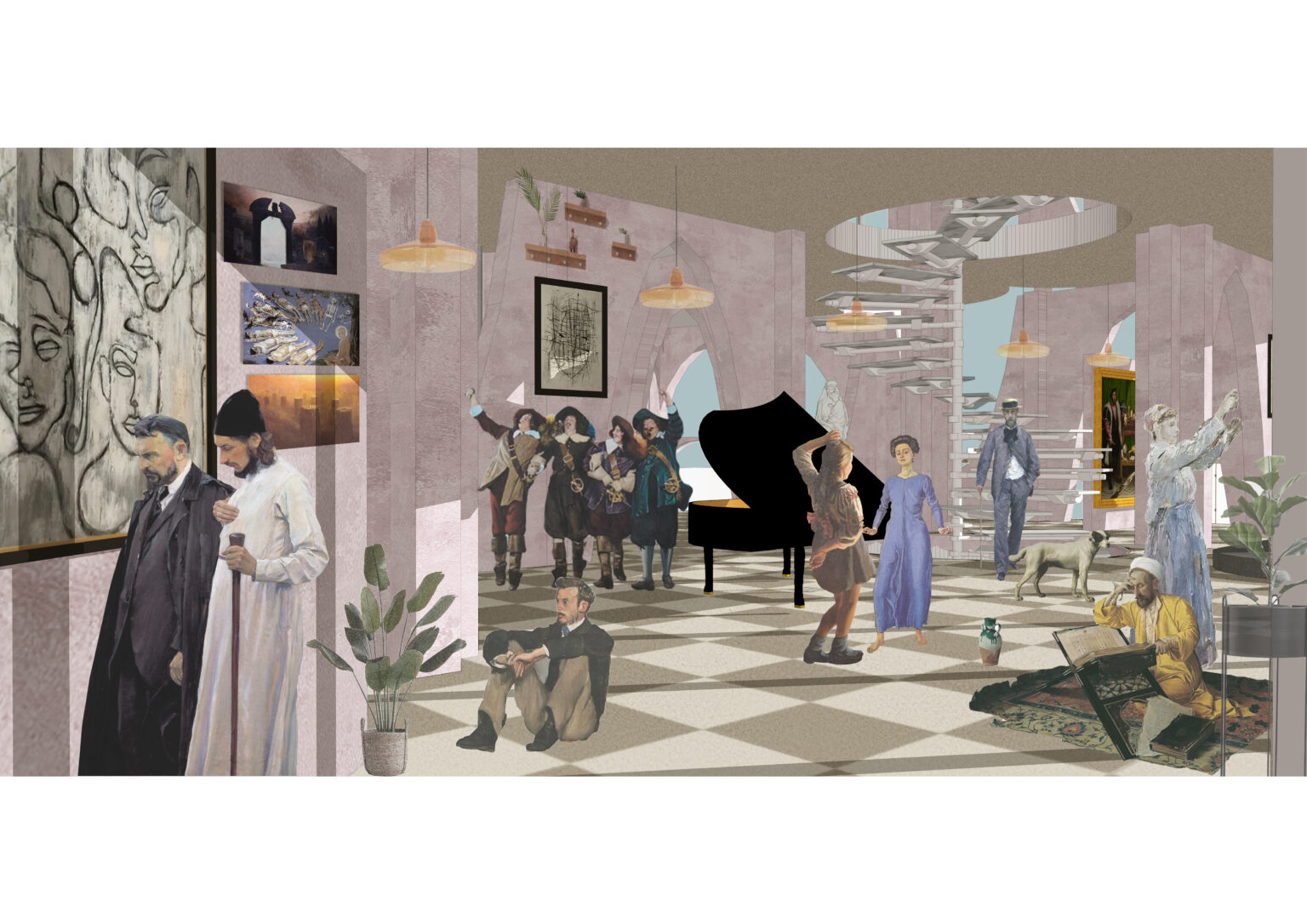 The first floor is an exhibition space for works created by the artist that relate to paradise or life and death. In this space, people should be concentrate and patient with everything. It also contains the performance area, which provides a stage for people. People of all faiths can gather here to discuss "what a better world would look like."
10 of 19
Previous Next
Close 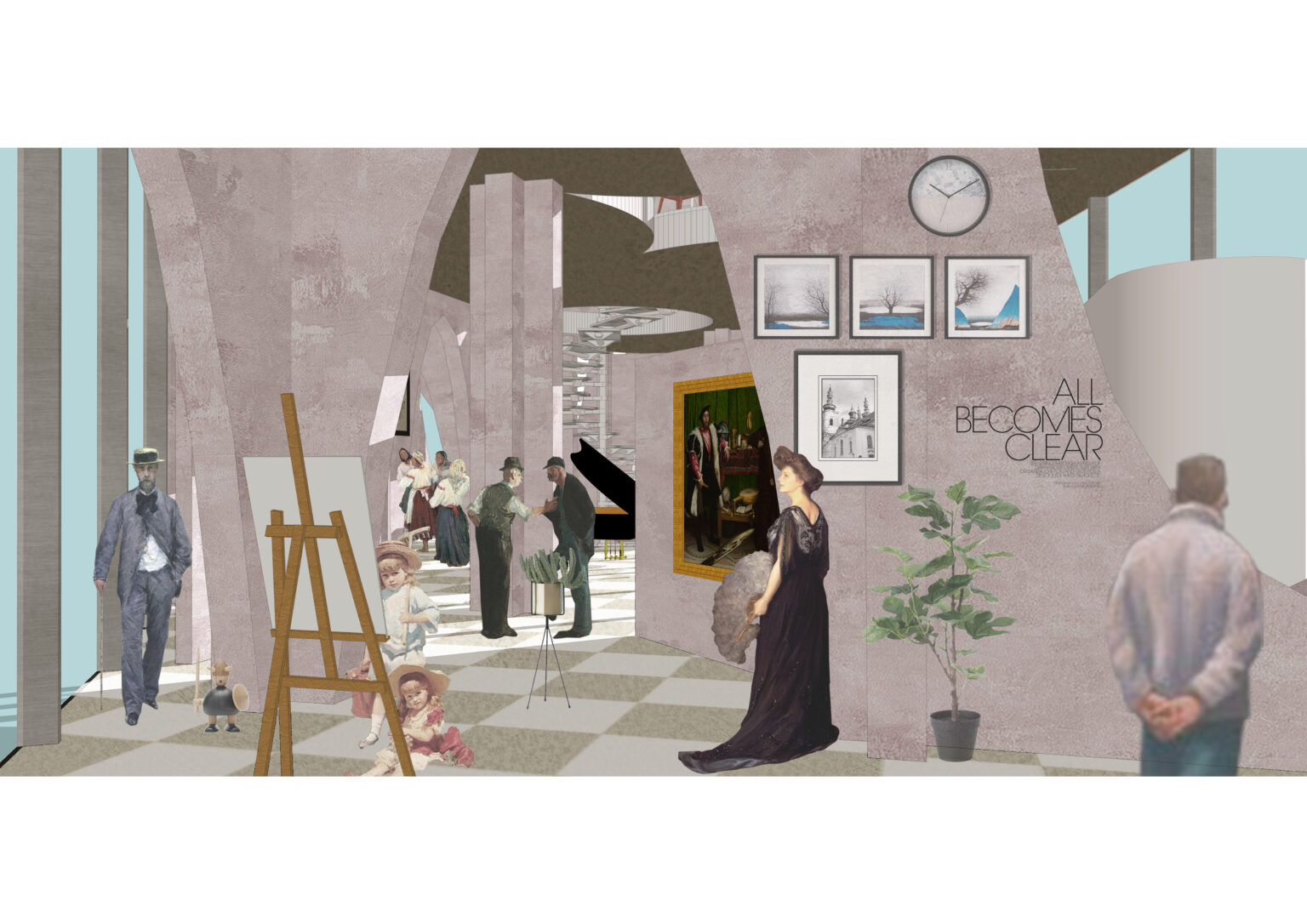 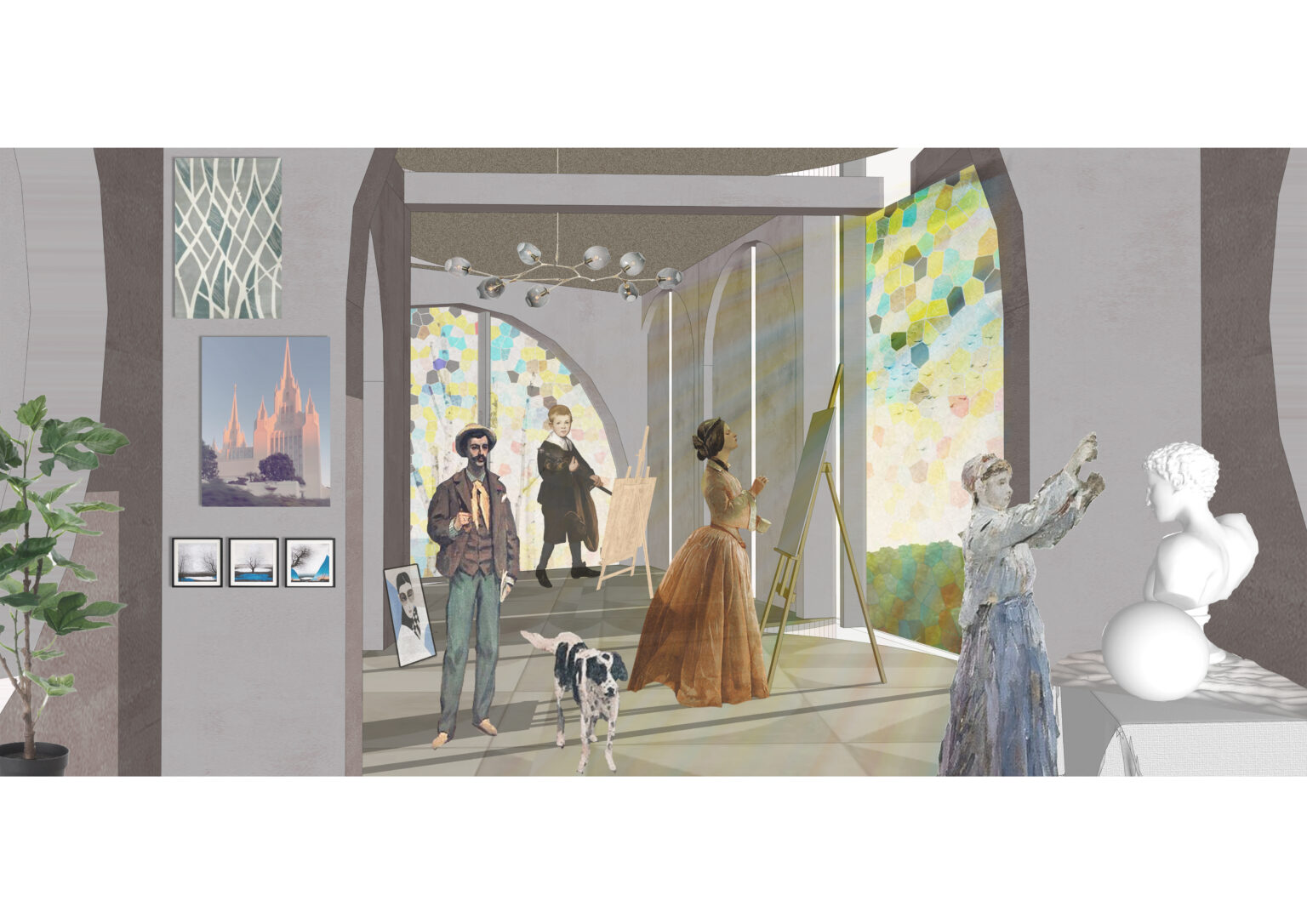 The second floor is an open public space, with sacred glass windows, where people can feel the light and enjoy the view and conversation. This space can host symposiums where people can present themselves and speak freely.
12 of 19
Previous Next
Close 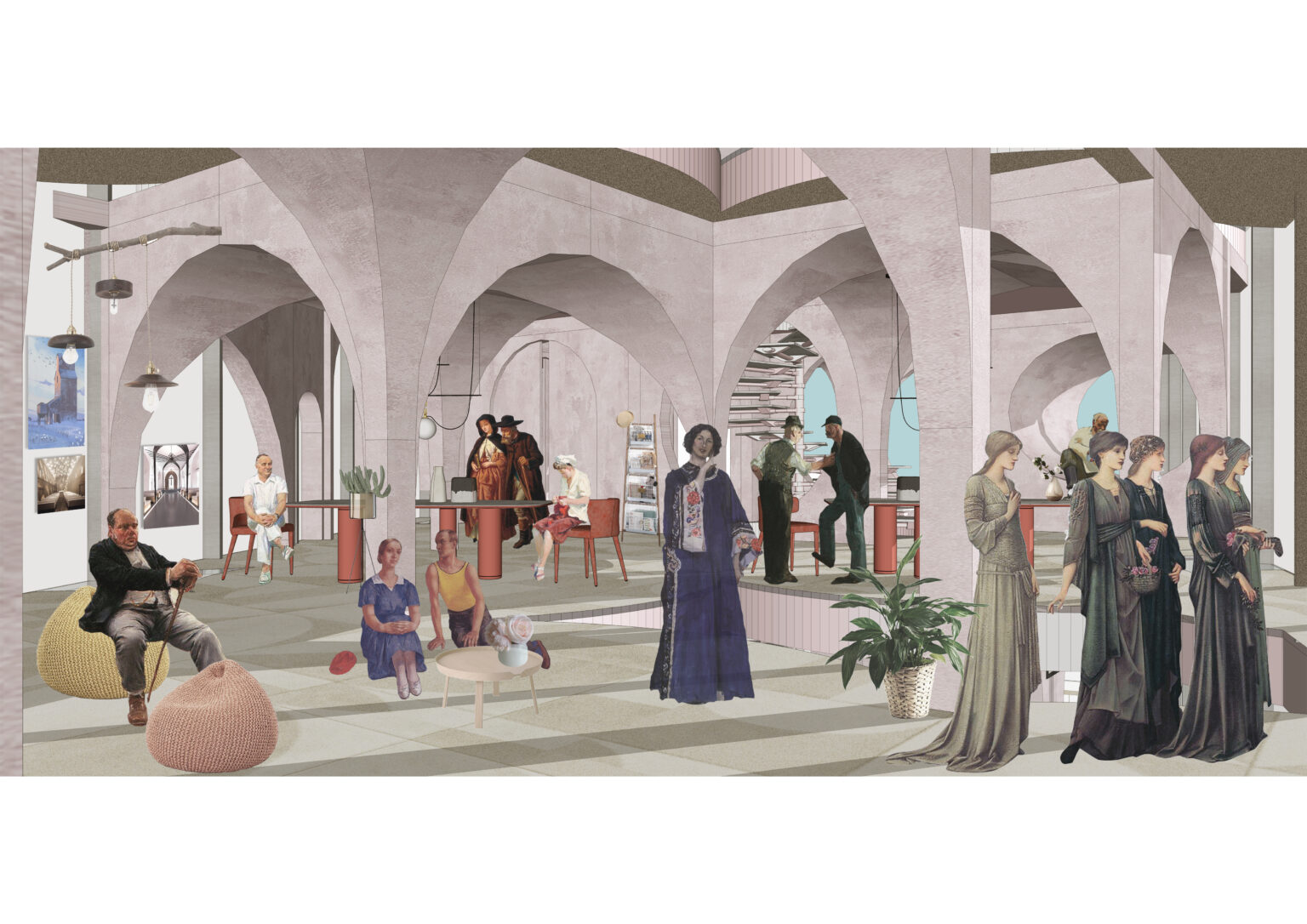 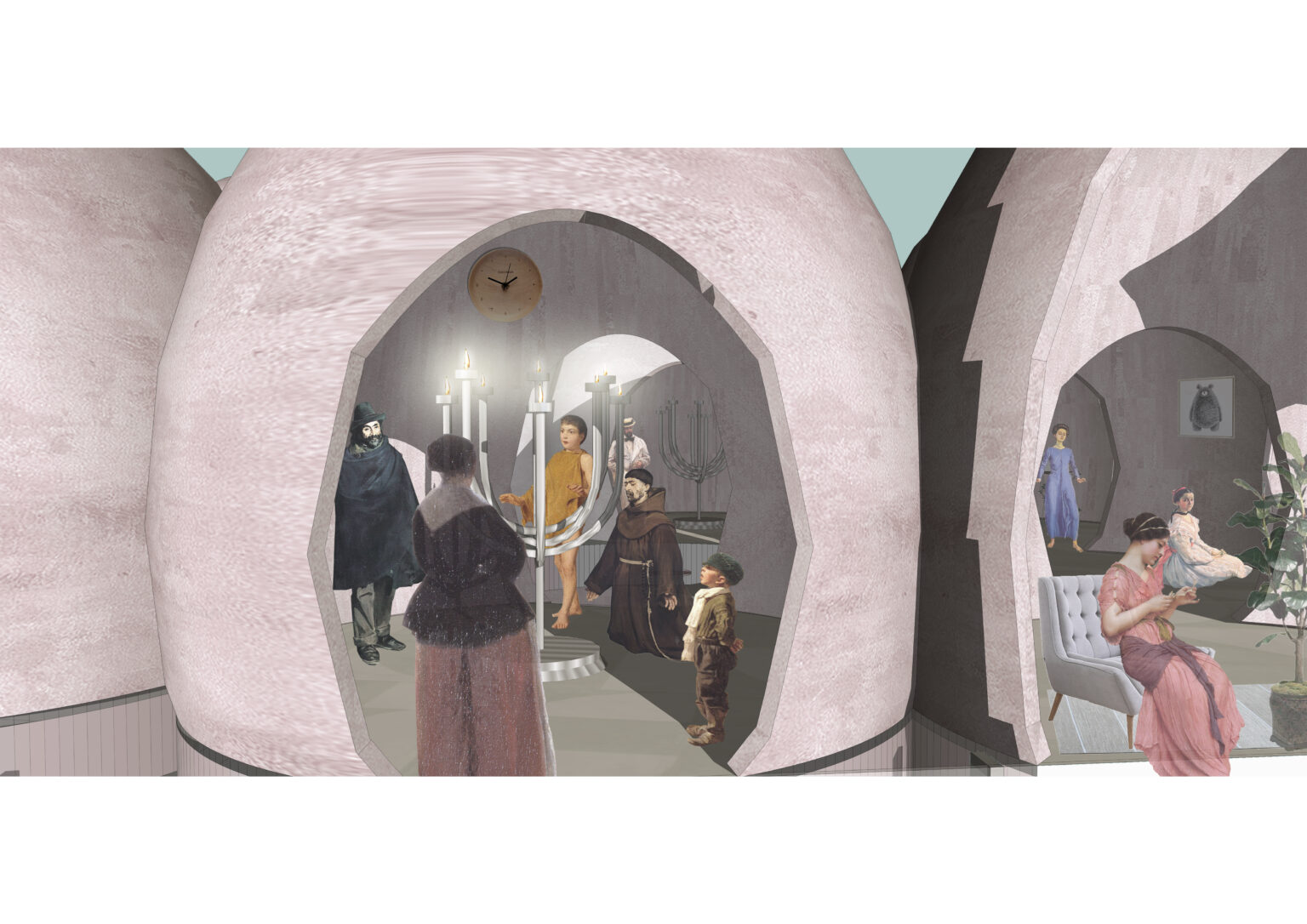 The third floor is divided into open and solitary areas, people need to light candles and pray, and then they can pray and meditate in the cubicles or communal spaces.
14 of 19
Previous Next
Close 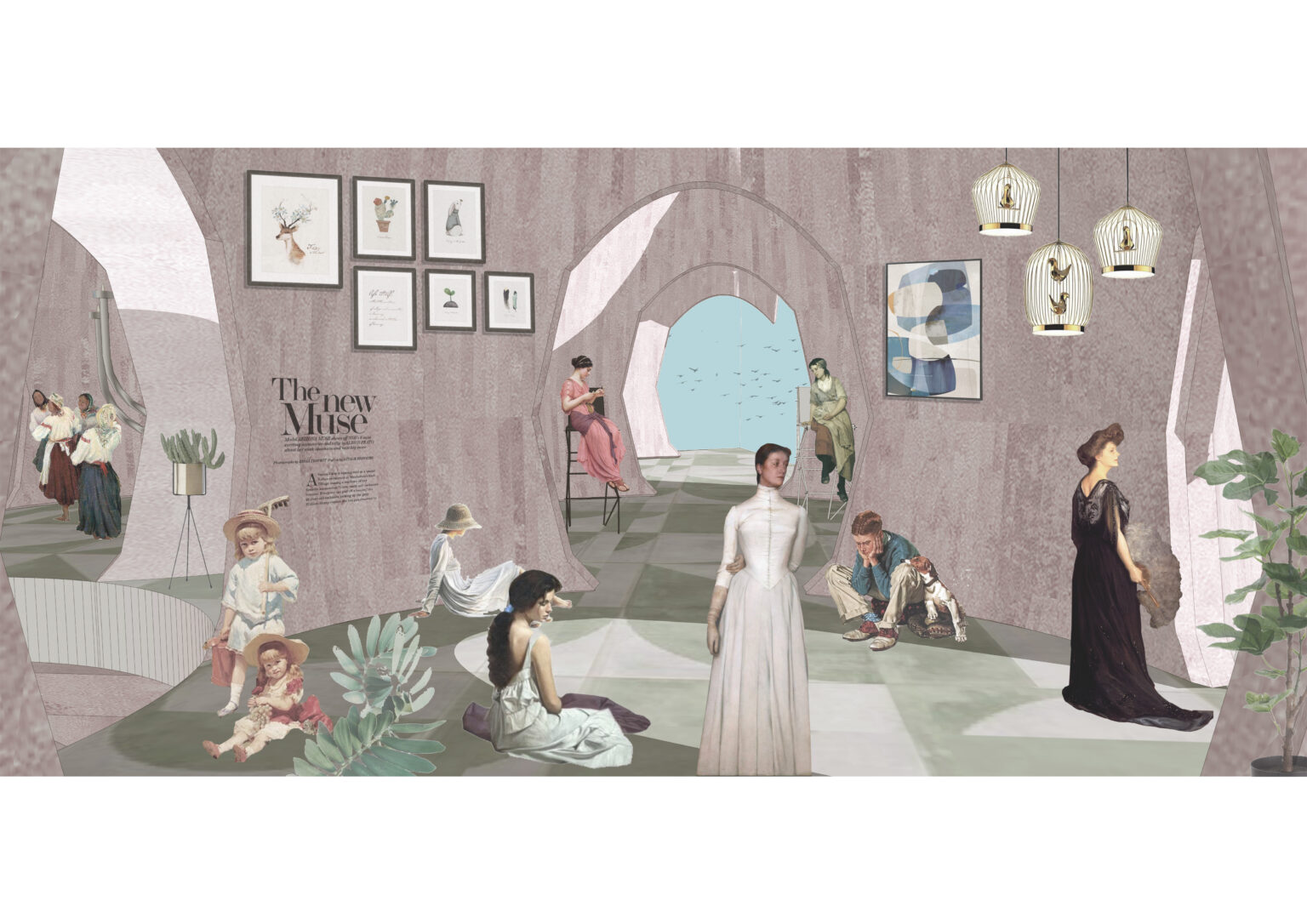 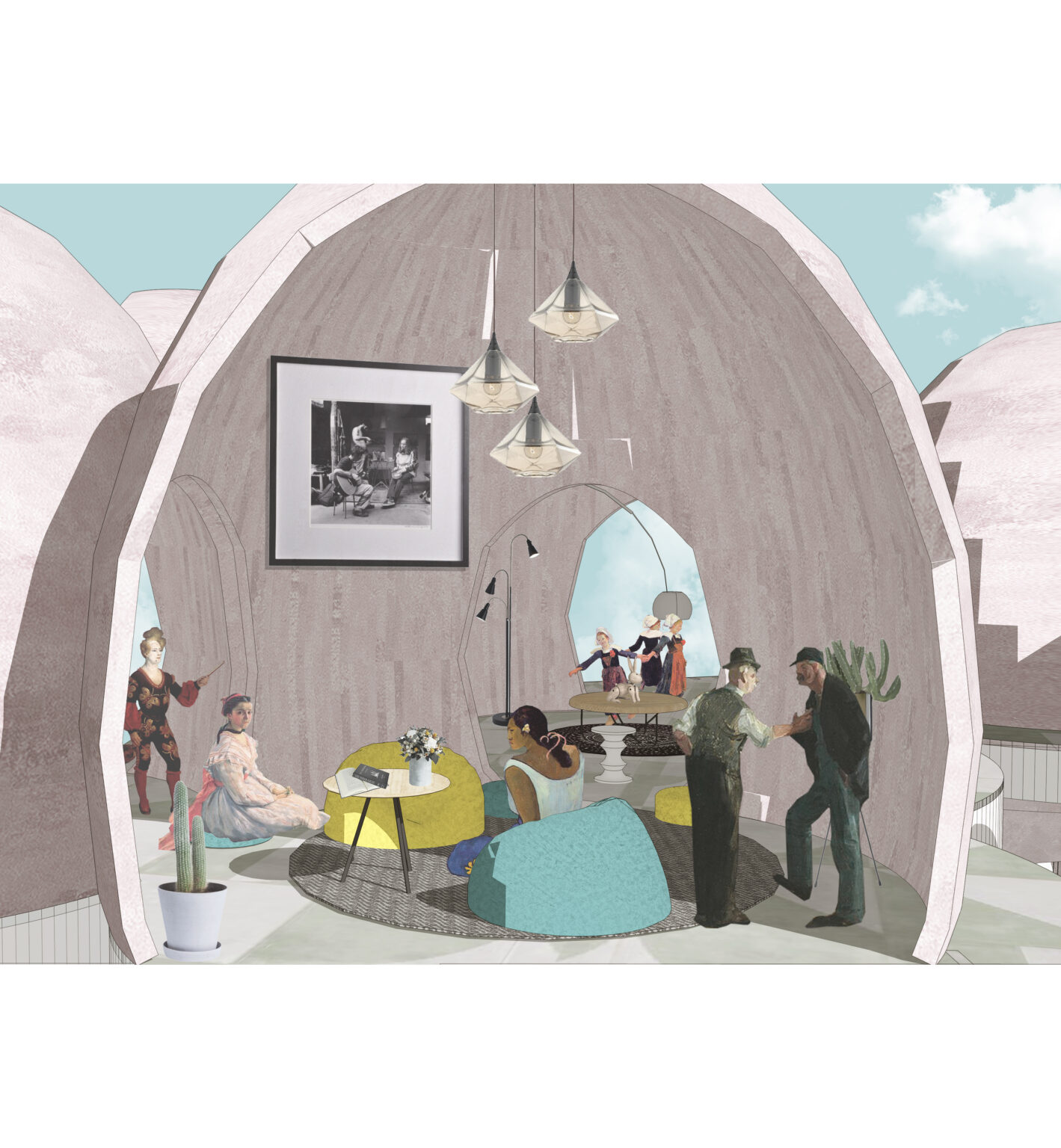 On the third floor, people were also asked to give a friendly hug or handshake to everyone they meet, even if they might not have liked or even hated them.
16 of 19
Previous Next
Close 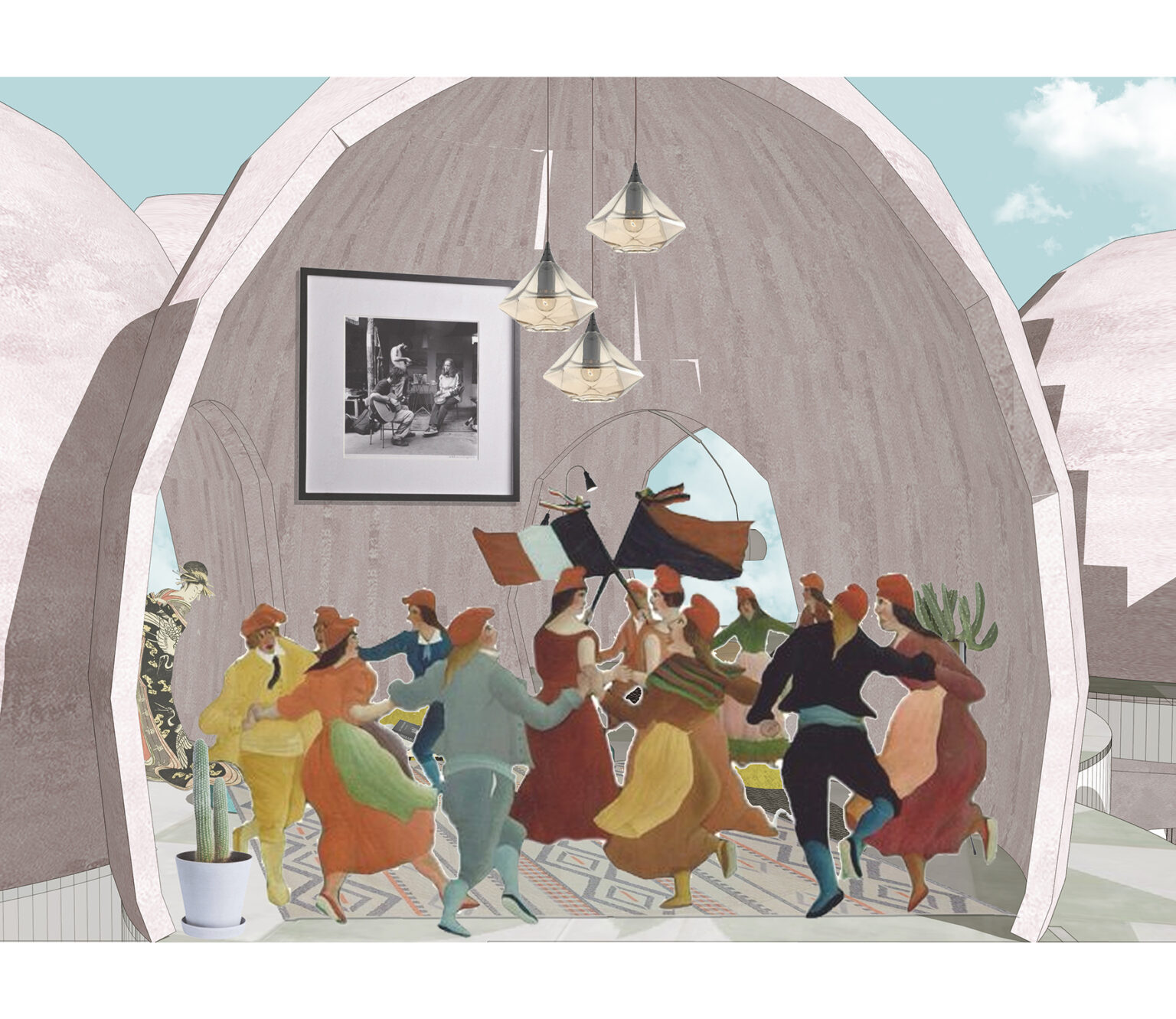 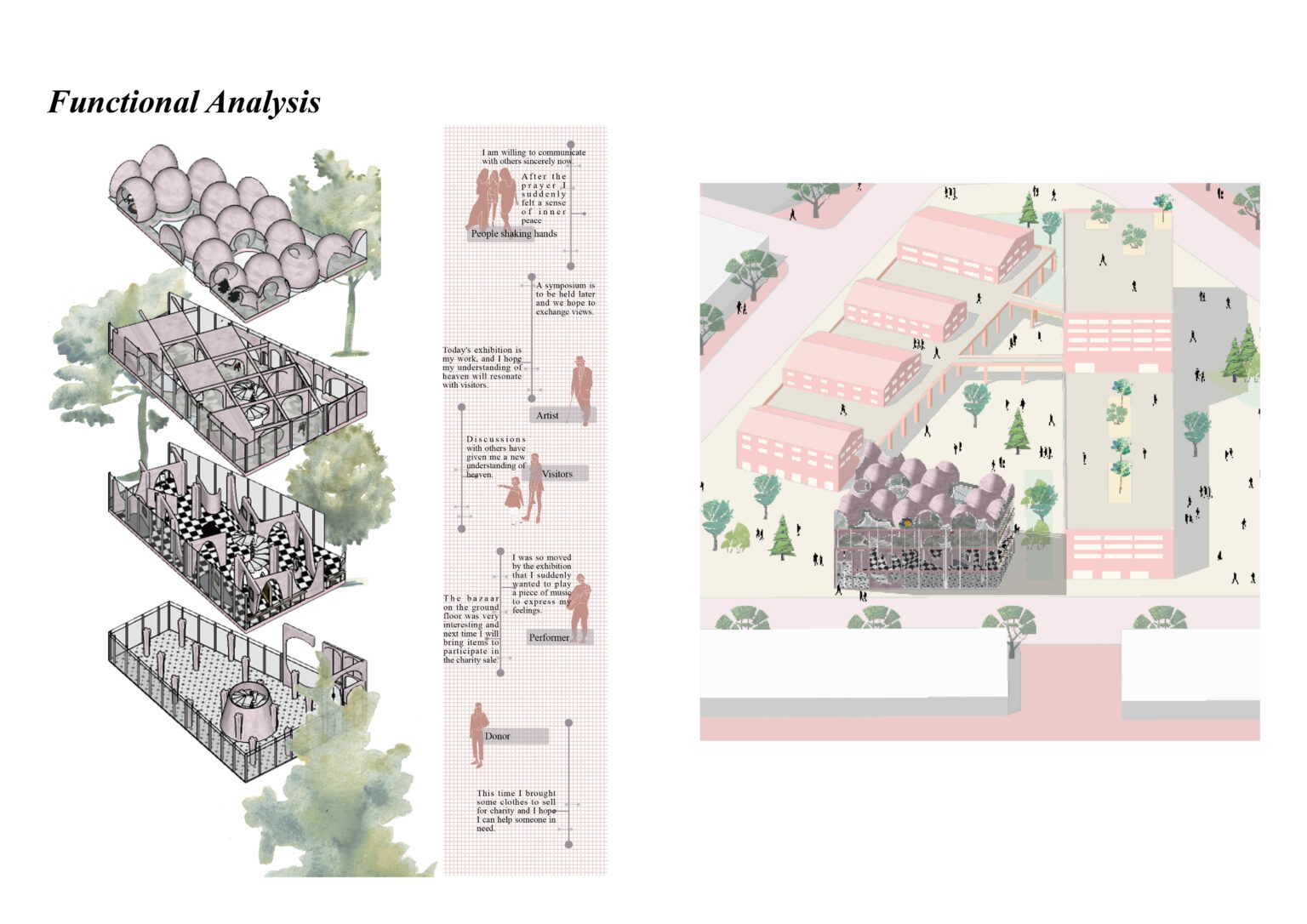 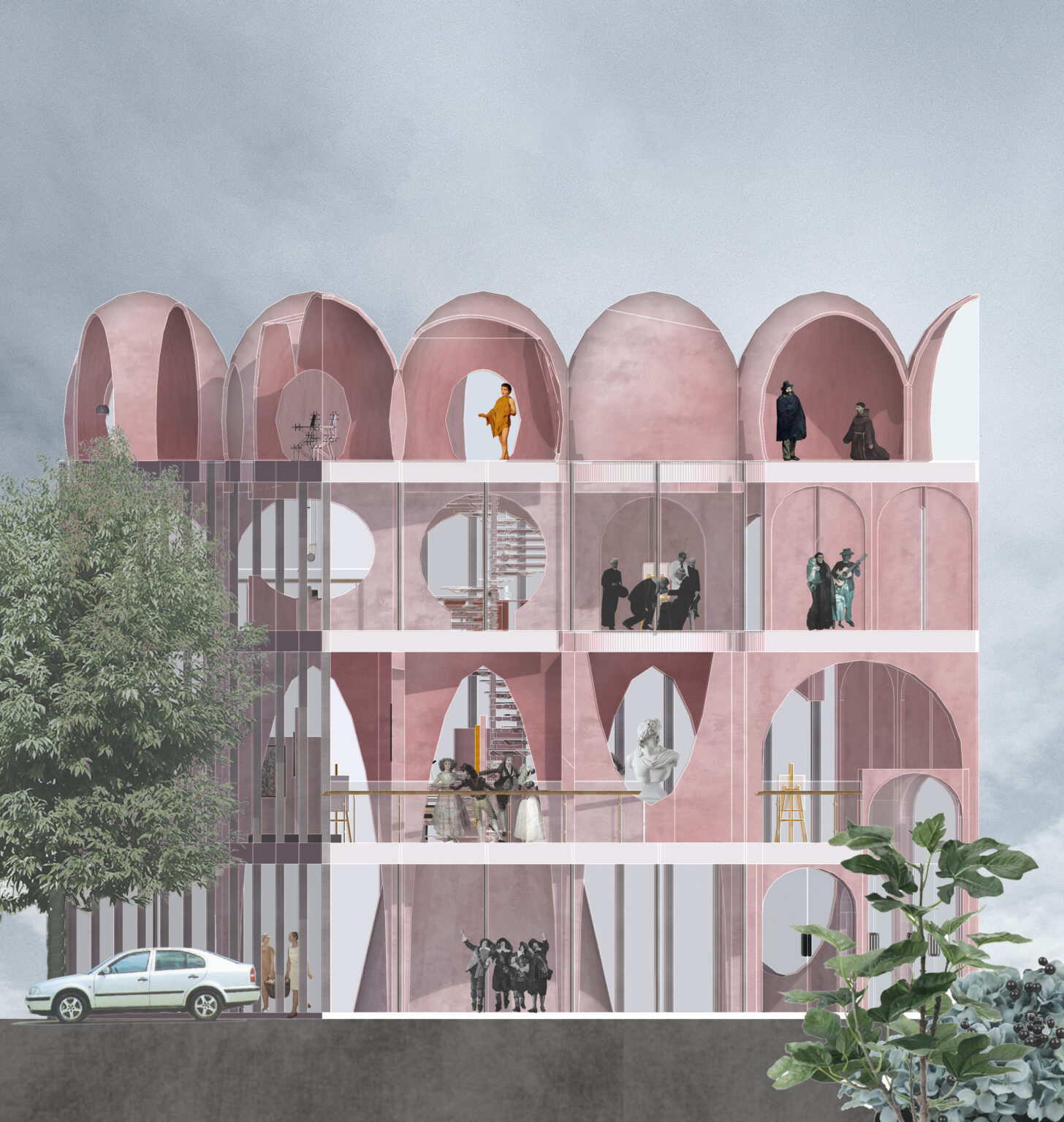