The entrance to the afterlife is where the deceased’s journey begins. I was inspired by Edgar Allan Poe’s quote, ‘The boundaries which divide life and death are at best shadowy and vague. Who is to say where the one ends, and where the other begins?’ This aided me to develop a final visual that blurs the line between the living and the dead. By researching the historical and decorative funeral practices of the Victorian era and conducting site analysis of the Glasgow Necropolis in its current state, I was able to create a series of sketches and collages that aided me throughout my development. I found it difficult to finalise my visual concept of the entrance as I was unsure on how to blur the boundary between life and death. This visual is not meant to be a direct representation of the Glasgow necropolis, but instead I chose a variety of elements that I found throughout the cemetery. I then reconstructed these elements together to create an entrance that represented various aspects of the necropolis. It also gives the viewer an insight as to how the afterlife will look before the deceased begins their journey. 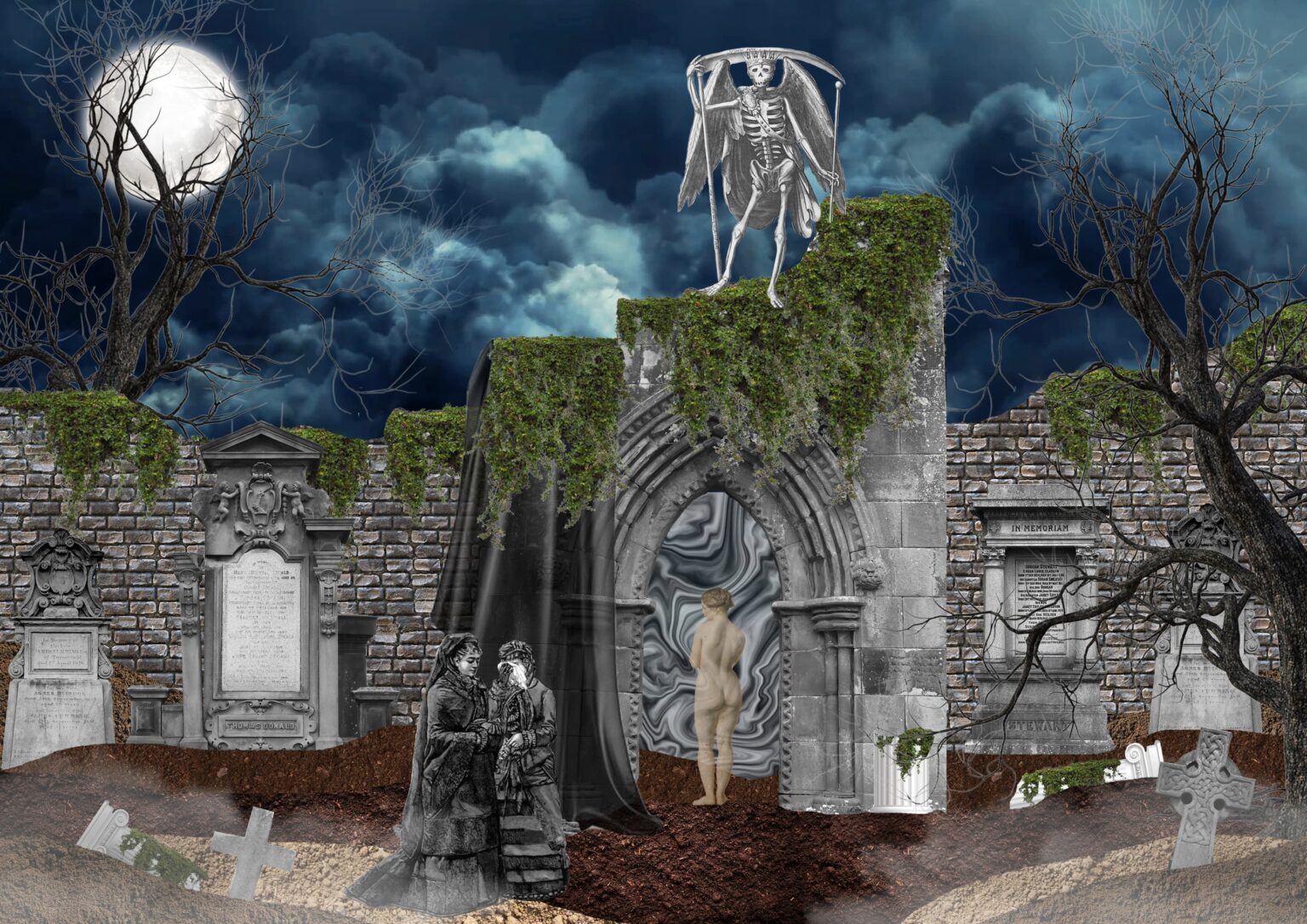 The Entrance to the Afterlife