The Creepypasta Sphere and Archive

The Creepypasta Sphere is the technical output for my masters dissertation project which investigates how creative practice can be deployed within 3D visualisations of Internet Folklore, with a particular focus on the sub-genre known as Creepypasta – horror related legends and myths that are copied and pasted across the internet. The project uses the philosophical concept of Hauntology as a creative framework for generating a sense of atmosphere within the visualisation. The definition of hauntology has evolved over time to refer to elements from the past which have a tendency to return or persist within the present in much the same way as traditional ghosts. An understanding of hauntology is important for cultural heritage studies if we consider the spectral as being responsible for producing a sense of aura – a key concern within heritage practice. The idea here it to utilise this hauntological framework to generate atmospheric ambience as this then manifests a sense of felt presence.

Internet folklore can be described as born-digital as it originates online and has no physical counterpart to which it can be compared. Often the success of a 3D visualisation or immersive installation is attributed to its ability to transport the user to a specific site by effectively emulating the sense of presence of the original. One of the greater strengths of born-digital cultural objects is that they can never be pitted against analogue counterparts in a battle of authenticity (as is the case for all other 3D replicas) as digital space is often described as being a weird and sterile landscape that can cut ties between cultural heritage objects and their biographies. This project aims to utilise the inherent weirdness and otherworldly quality of digital space to its advantage and is designed as a gateway into the rich but rarely explored heritage of subaltern digital cultures.

The design concept consists of two distinct features: an interactive map and an experimental archive. The interactive map allows the user to uncover specific Creepypasta stories in an exploratory way through individual storylines relating to each pasta. The purpose of displaying this data as a ‘map’ helps to facilitate non-linear knowledge absorption as there is no singular way of navigating the site. I felt it was important to present this information through a semi-constructed narrative as it mimics the feeling of self discovery whilst still providing an overall structure that was easy to navigate. Atmosphere can be created through specific ‘aura generators’ and these were implemented within the visualisation through the creation of a soundscape and narration, lighting design and exploratory interactions.

The second part of the design involved the creation of an experimental digital folklore archive. The goal of this archive is to gather data relating to digital folk expression and present it back to the user in a dynamic, non-linear way that allows for links to be made through novel categorisation methods. Data links are not only made possible through basic metadata searches, but also through emotional connections and associations. One of the main purposes of the archive is to allow for user participation – a key component that keeps folk narratives thriving online. The archive uses Deleuze and Guattari’s structural metaphor for knowledge, known as the Rhizome, as a design concept. A Rhizome is a philosophical term used to describe the non-hierarchical connectivity of things that is based on the botanical rhizome – an underground plant structure made up of a mass of roots. The structure of the internet is inherently heterogenous and non-linear so an archive of internet culture should reflect this. 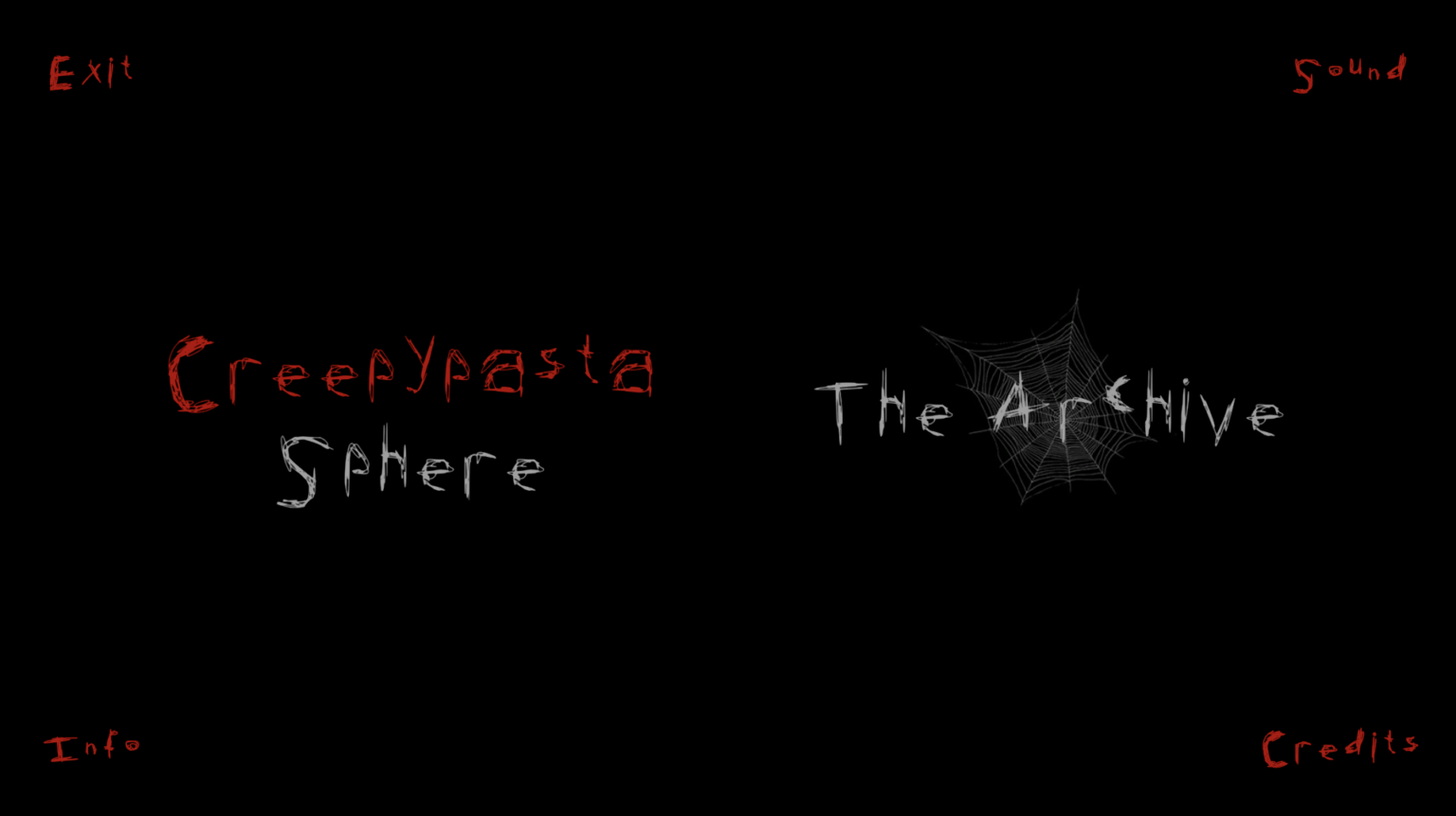 The homepage for the application 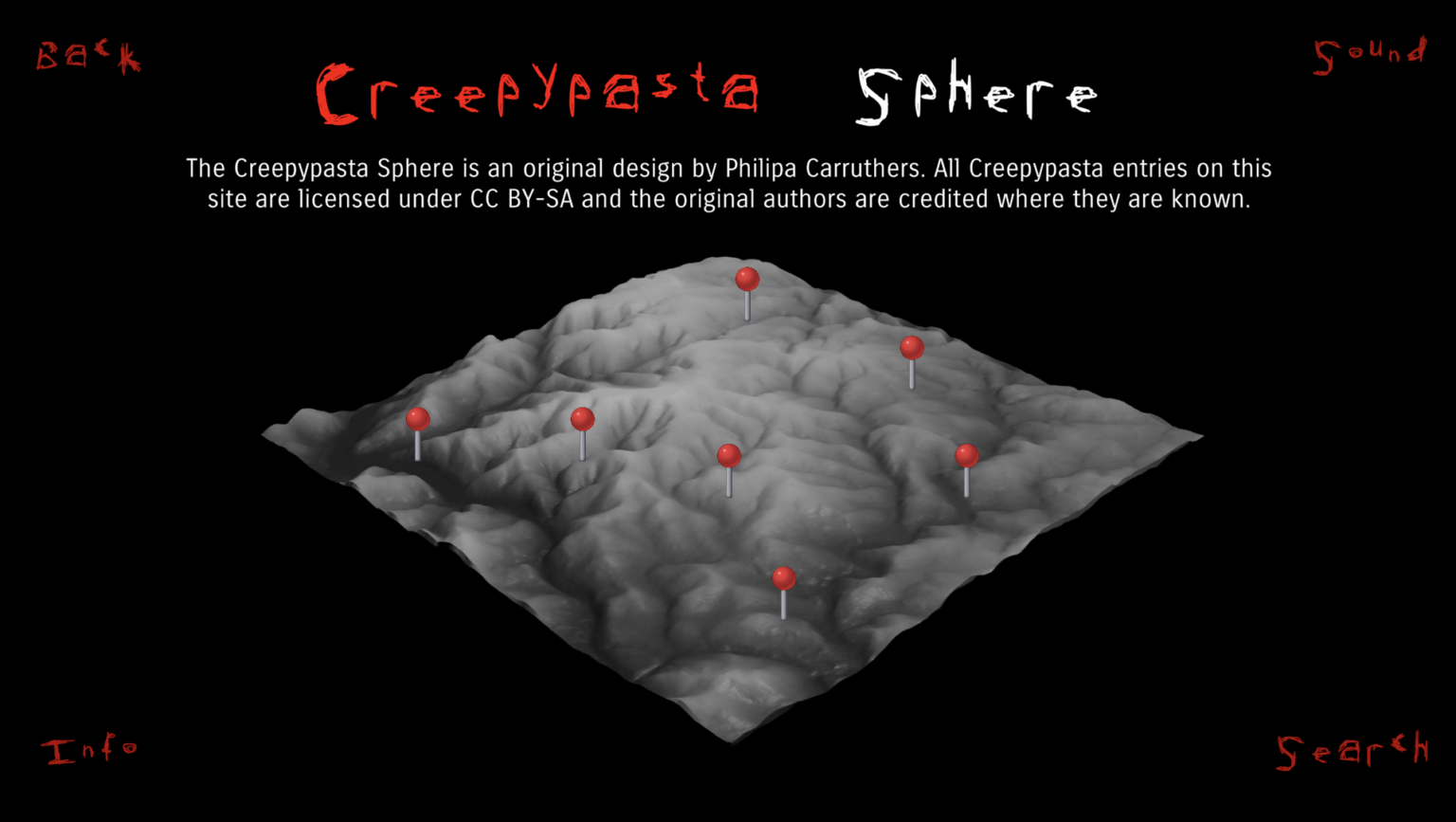 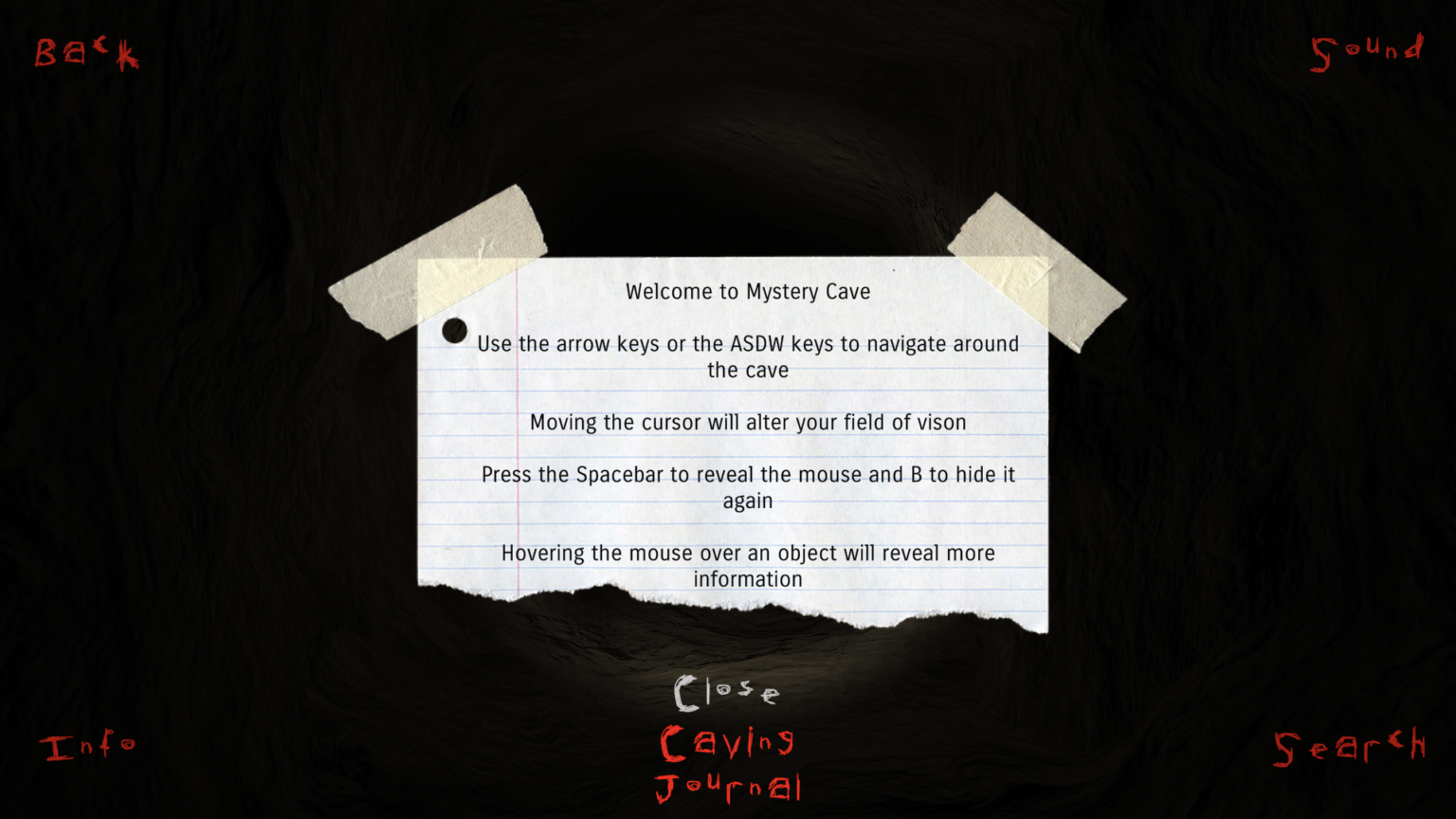 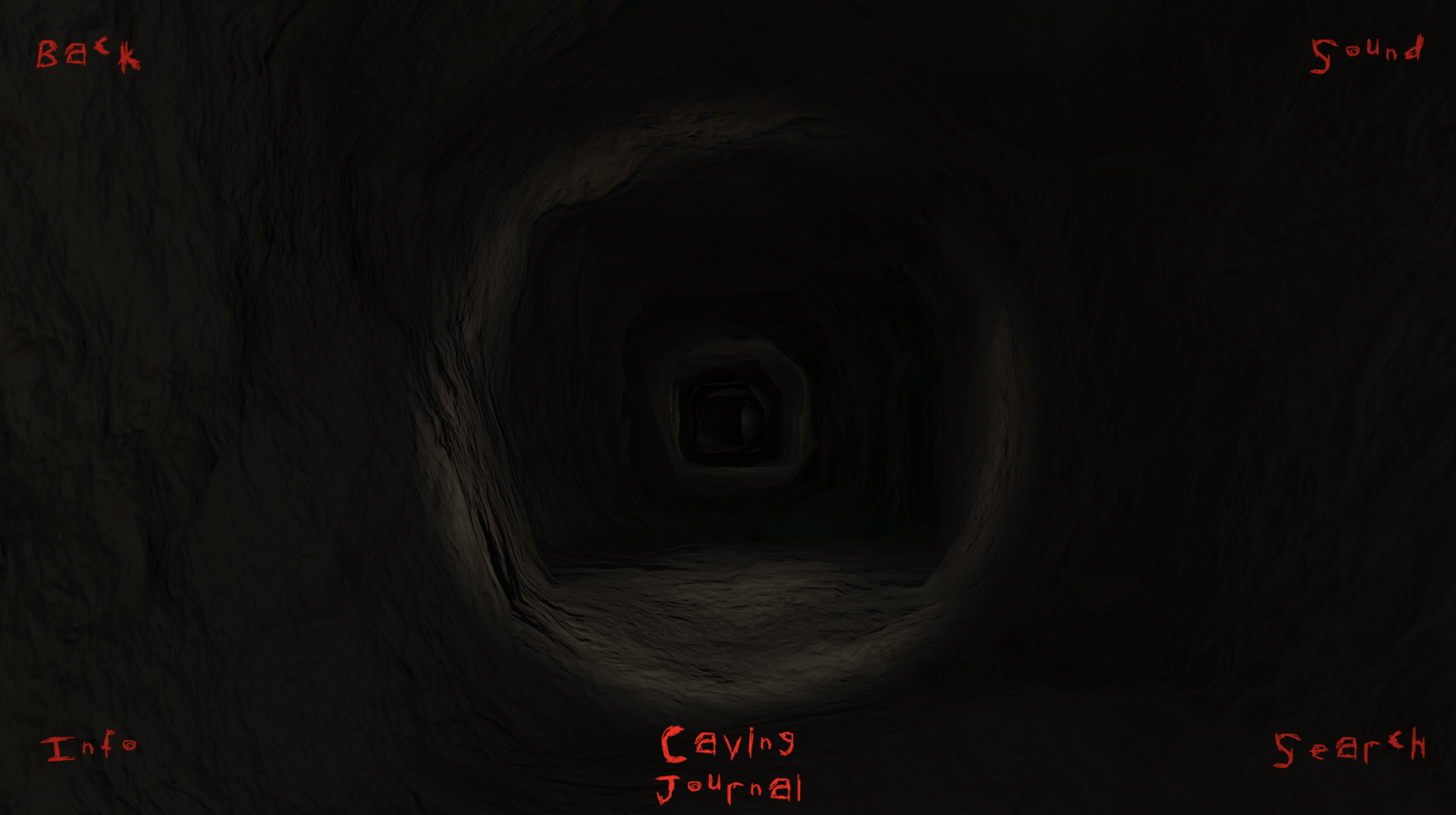 Navigating the cave (Ted the Caver) 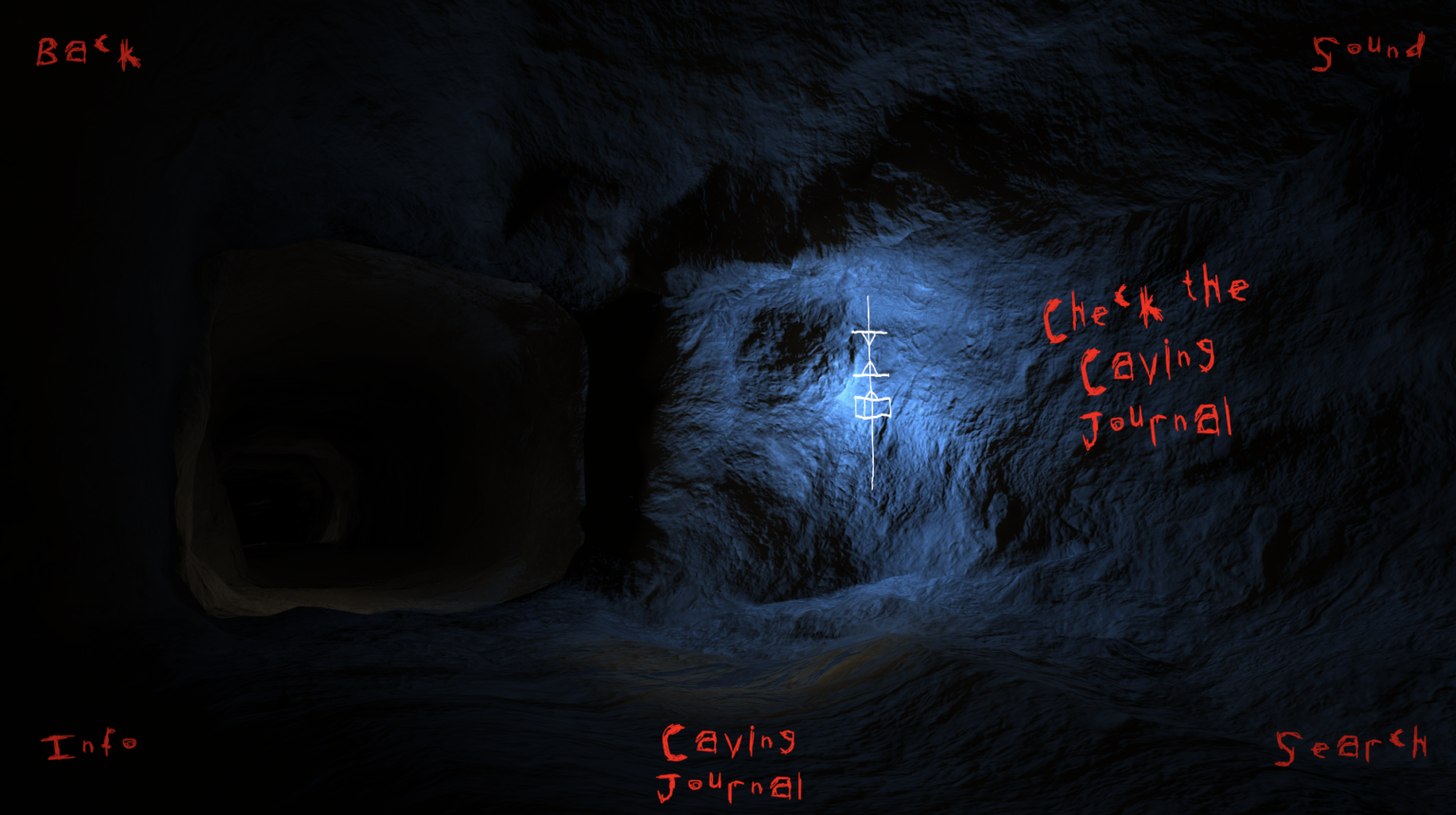 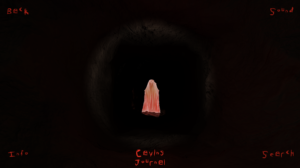 Walkthrough of a section of the cave (Ted the Caver) 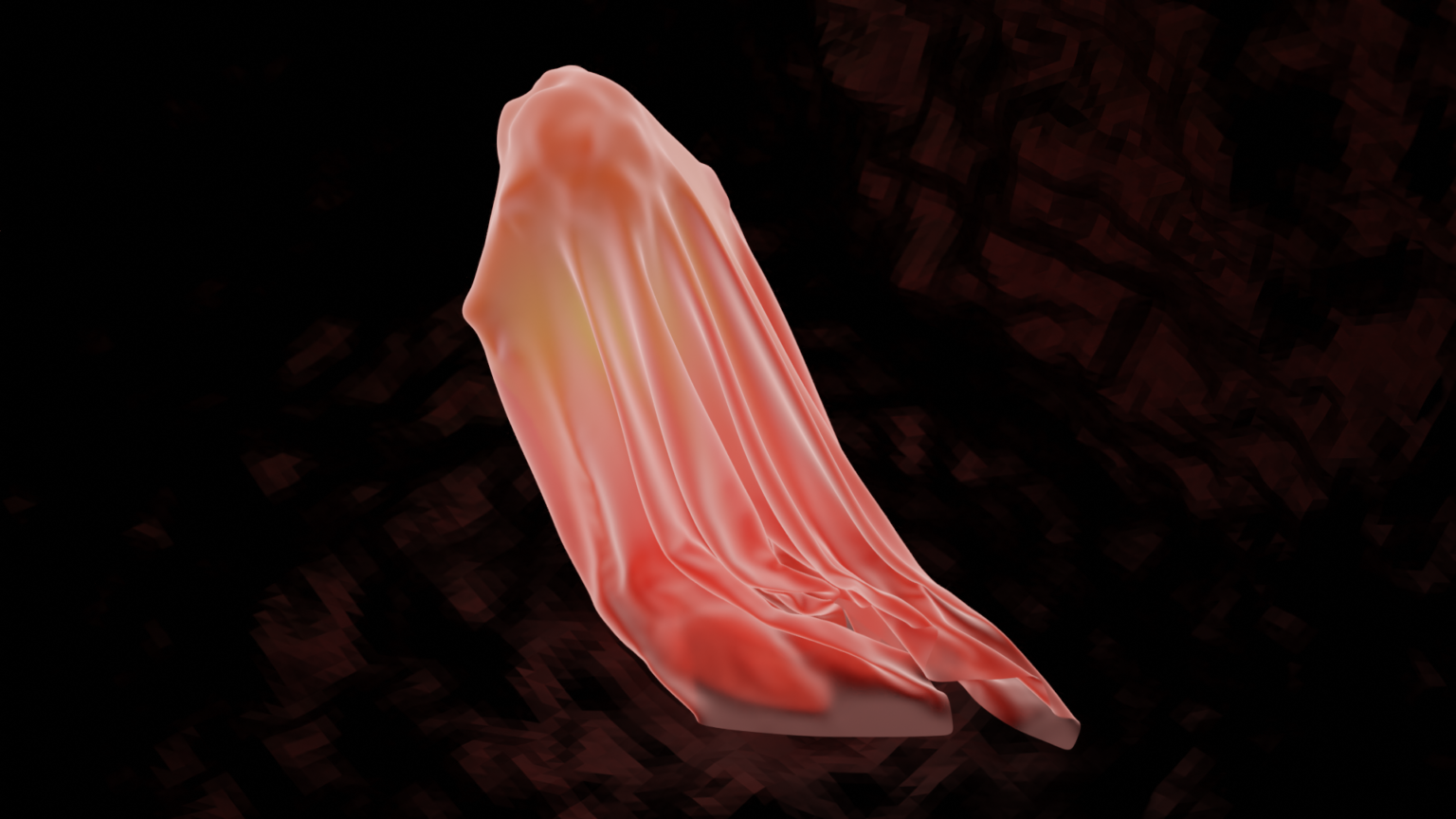 Rendered still of the apparition (Ted the Caver)