The idea of the burial vault was loosely based upon the different stages of body decomposition after death. Once the deceased has entered through the entrance to the afterlife, they are absorbed down through the soil into an underground vault where they will begin the process of decomposition. The deceased is placed atop an elaborate stone coffin and is re-buried, thus providing every soul the opportunity to have the same elaborate funeral and eliminate any social hierarchies. The stone coffin that is depicted in this visual is based upon the variety of decorative coffins I found whilst undertaking my site analysis and the symbols which decorate it give an insight into the journey the body will take through the space. 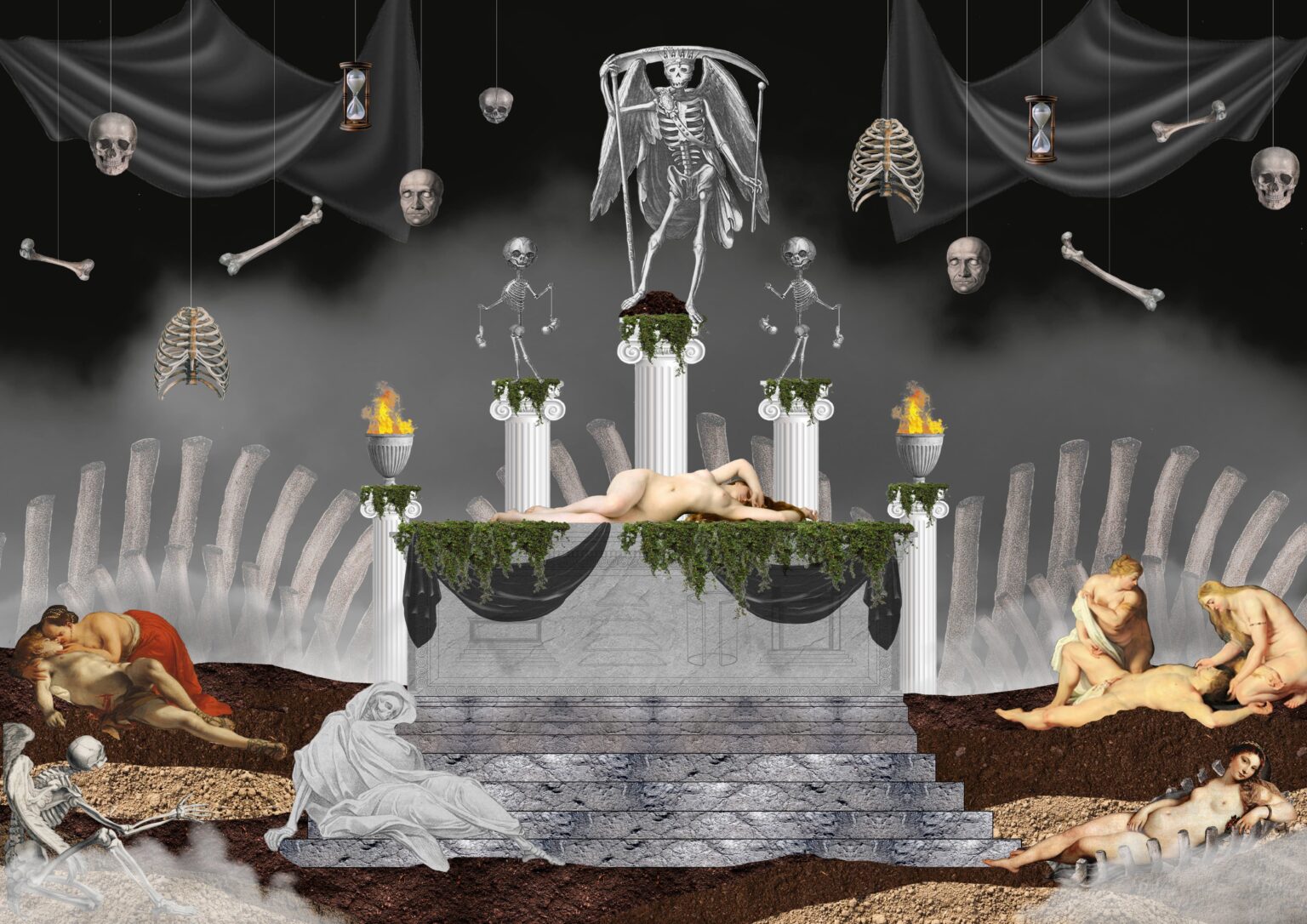