For my final project, I wanted to investigate ‘genre sonification’ in video games. While most linear media like film and television has genres informed by their narrative themes, characters, or setting, video games are an outlier in that their chief indicators of genre are gameplay mechanics – where the camera is placed, how many characters you control, what you do to play the game. While this allows for a huge breadth of narrative potential within a video game genre, it also means that soundtrack and genre are more divorced than in other media. It’s easy to imagine the classic sound of ‘science-fiction’, ‘fantasy’, ‘western’, but you probably can’t imagine the sound of ‘real-time strategy’, ‘first-person shooter’, or ‘action RPG’ in the same way.

I decided to explore what might happen if a sound designer deliberately tried to interpret the genre indicators of a game in its soundtrack, using roguelike games as a case study. I built a roguelike game from scratch, “SPIRE”, and used it as a vehicle to explore genre-informed soundtracks in games, with promising results from my preliminary user study in terms of player engagement and enjoyment. My final soundtrack draws on the roguelike principles of procedural generation and ‘permadeath’ to create a fresh and unique soundtrack for every playthrough, with elements generated on the fly by the computer, and other elements shaped at the beginning of the game for the entirety of the game. 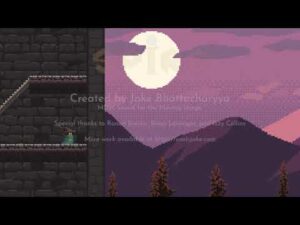 Here's a short playthrough of the game at the time of the project's conclusion. I hope to keep working on and improving it, so hopefully it won't be the last you see of it!