Roads to Nowhere is in one part, an exploration of post-war social housing in Glasgow and the UK, and one part, a deconstruction of my own and others’ opinions on Brutalism. Commenting on the idea of nostalgia and the romanticising of the past, and how this can ignore the problems faced by some of the most vulnerable. Exploring themes of place and nostalgia, as well as identity, class, and taste, this project began as a walk through the North of Glasgow city centre and a personal fascination with the Concrete blocks of motorway and Tower Block Flats that I found myself getting lost in. I wanted to learn about what came before this gigantic, loud, and complicated set of roads and what people thought of such an immense feature.

It is interesting to me that post-war Brutalist buildings that were built to remove social hierarchies through socialist ideologies, and the encouragement of communal living -‘cities in the sky’ – now have become a part of the spectrum of low-brow and high-brow culture. I started realising through this project and my fascination with the Utopian dreams of the Brutalists and Modernists, that I was completely disregarding the lives that were inside these concrete blocks – in the same way I must have been disregarding the lives of those living in ‘council-flats’ through internalised-classicism by regarding these places as unattractive and uninviting. This work is my exploration into this middle ground of narratives and opinions that I haven’t really seen talked about.

These are some selected spreads and an essay, ‘Multi-storey Memories’, I wrote for my final publication for Roads To Nowhere. 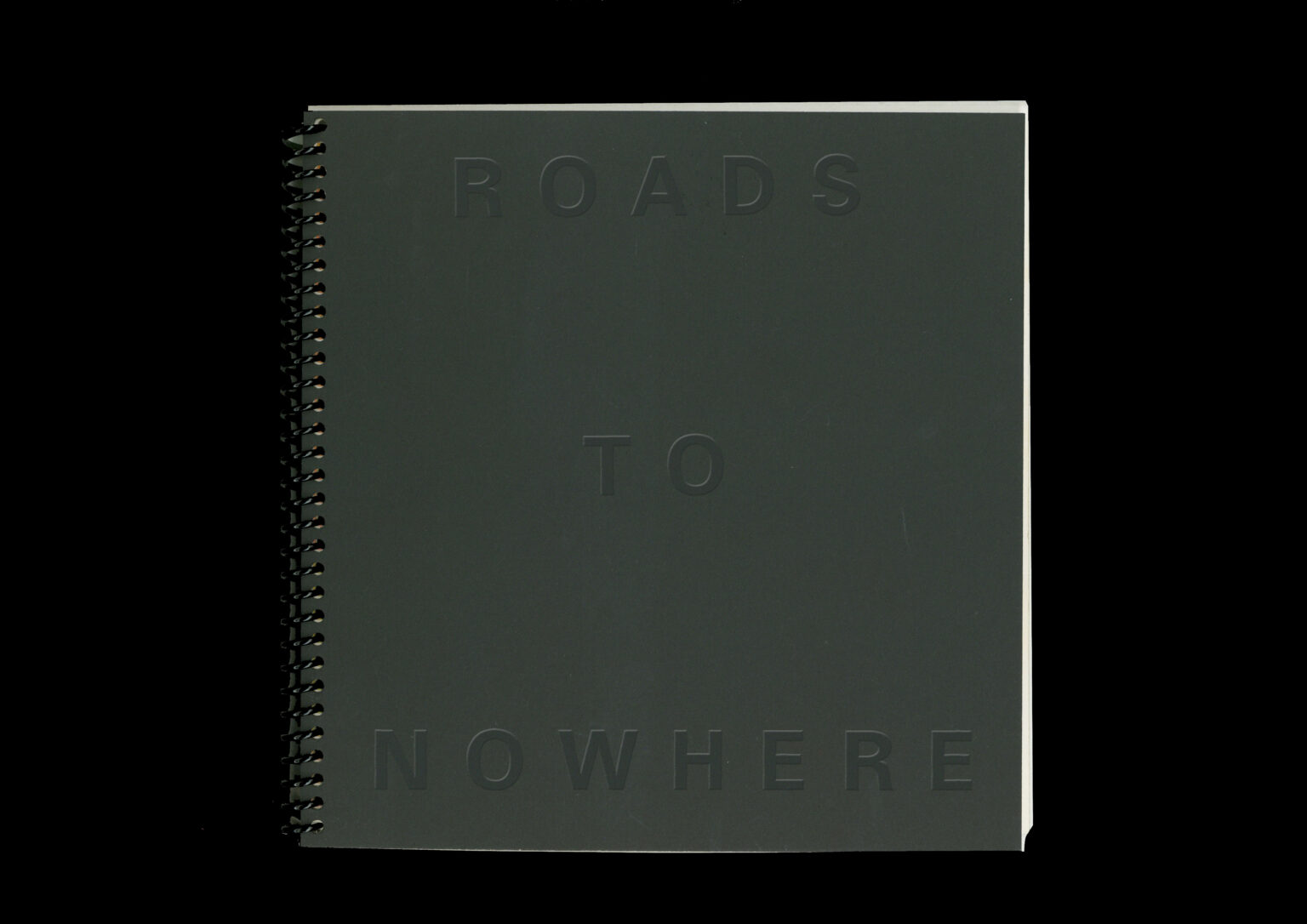 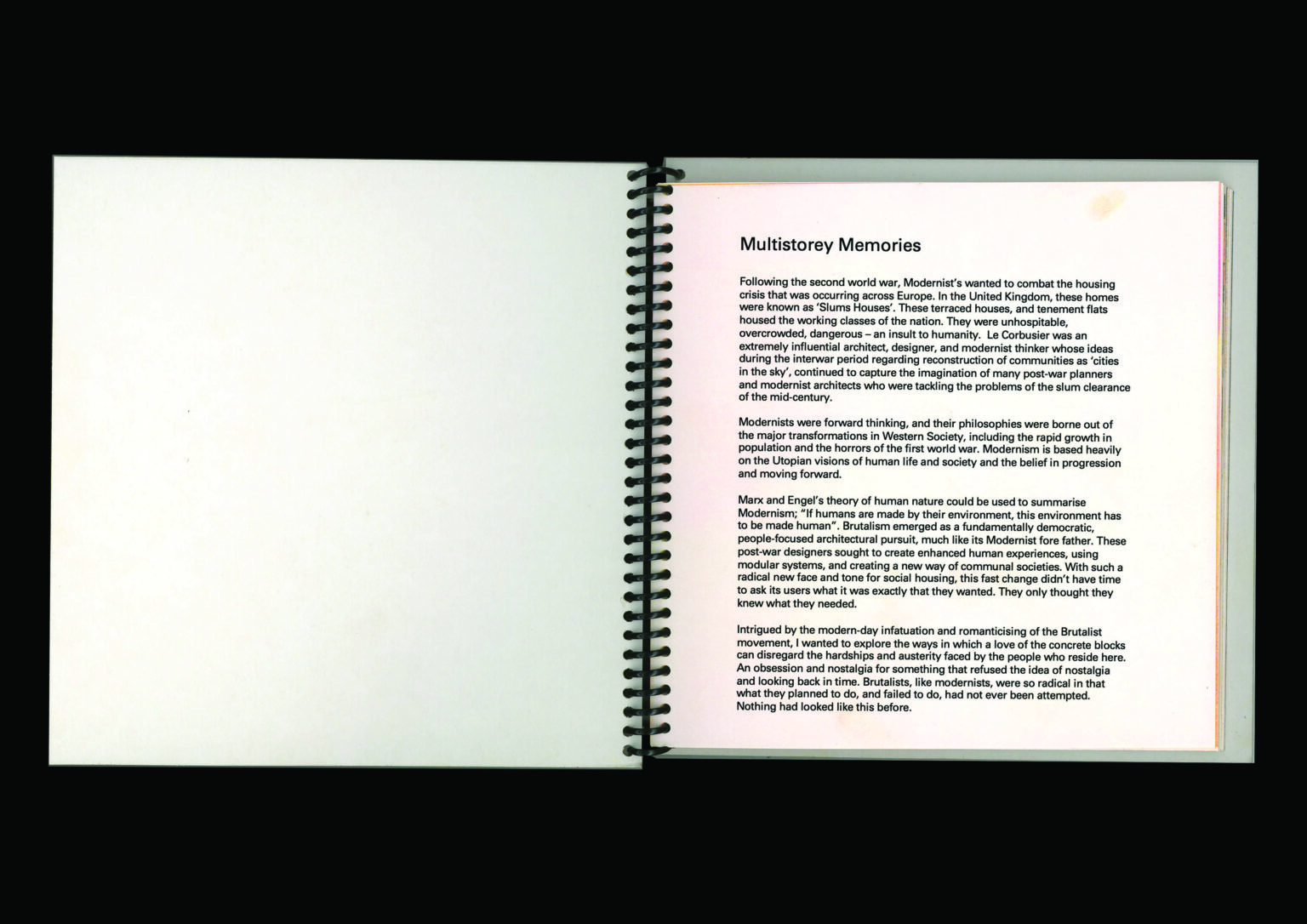 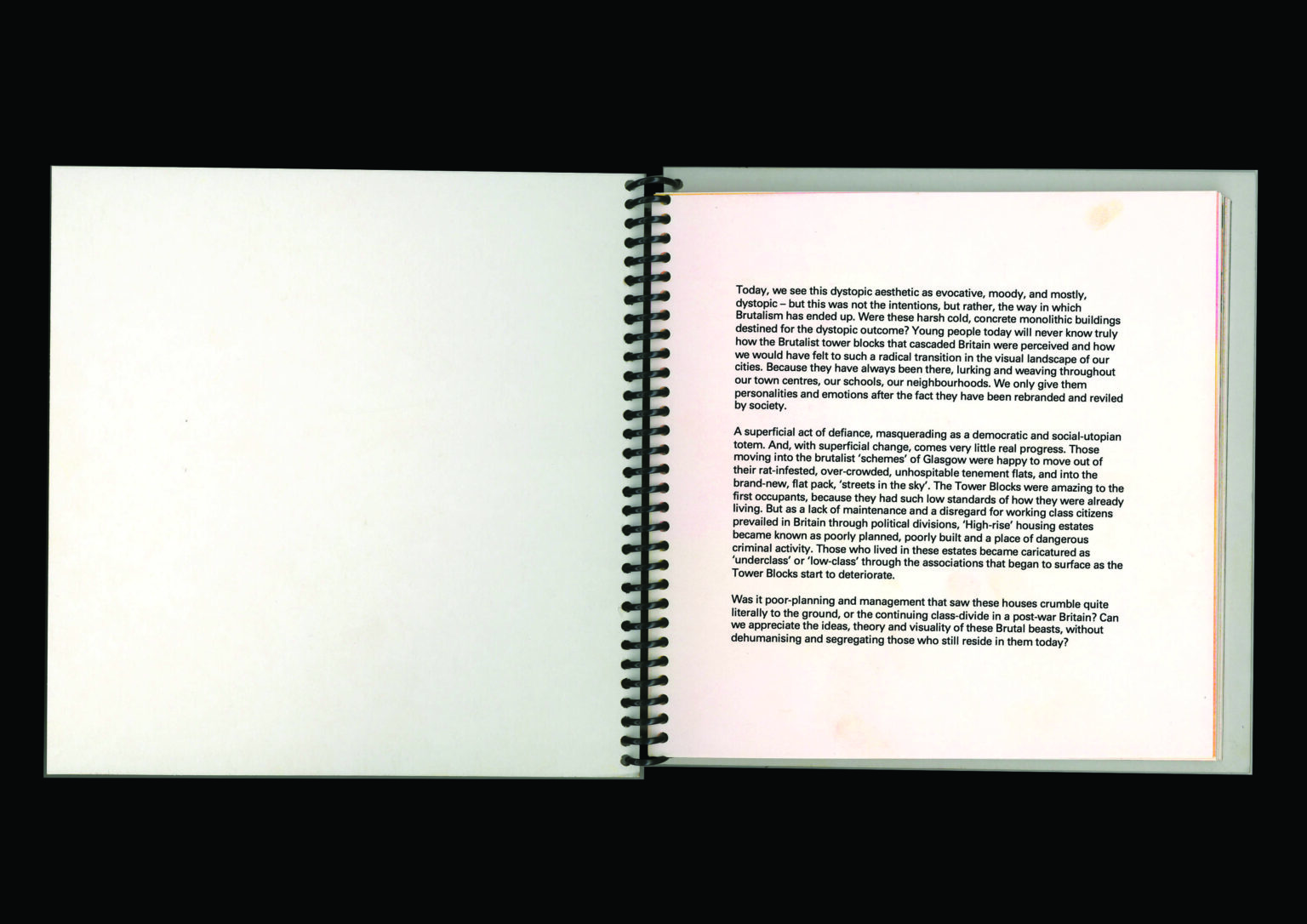 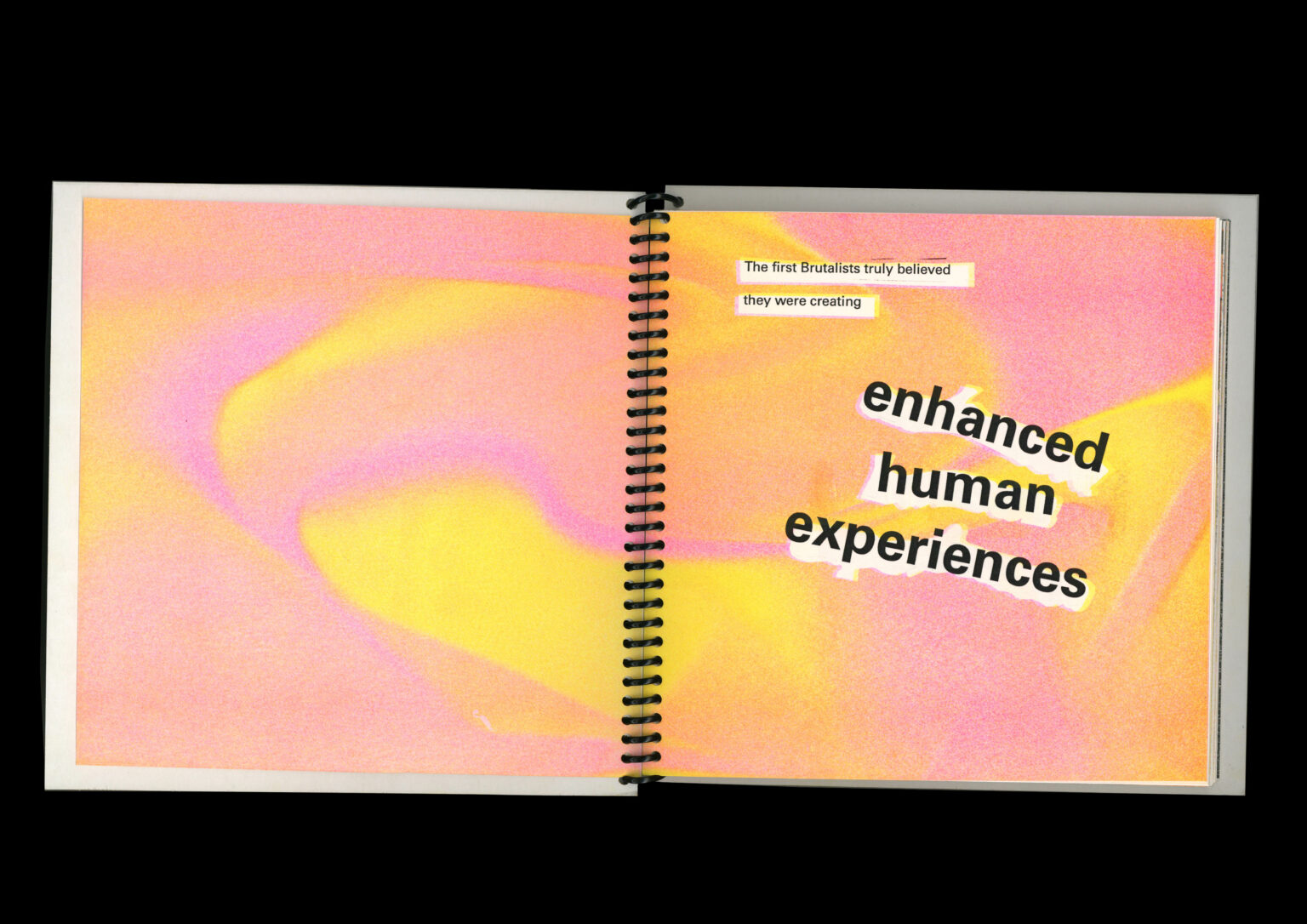 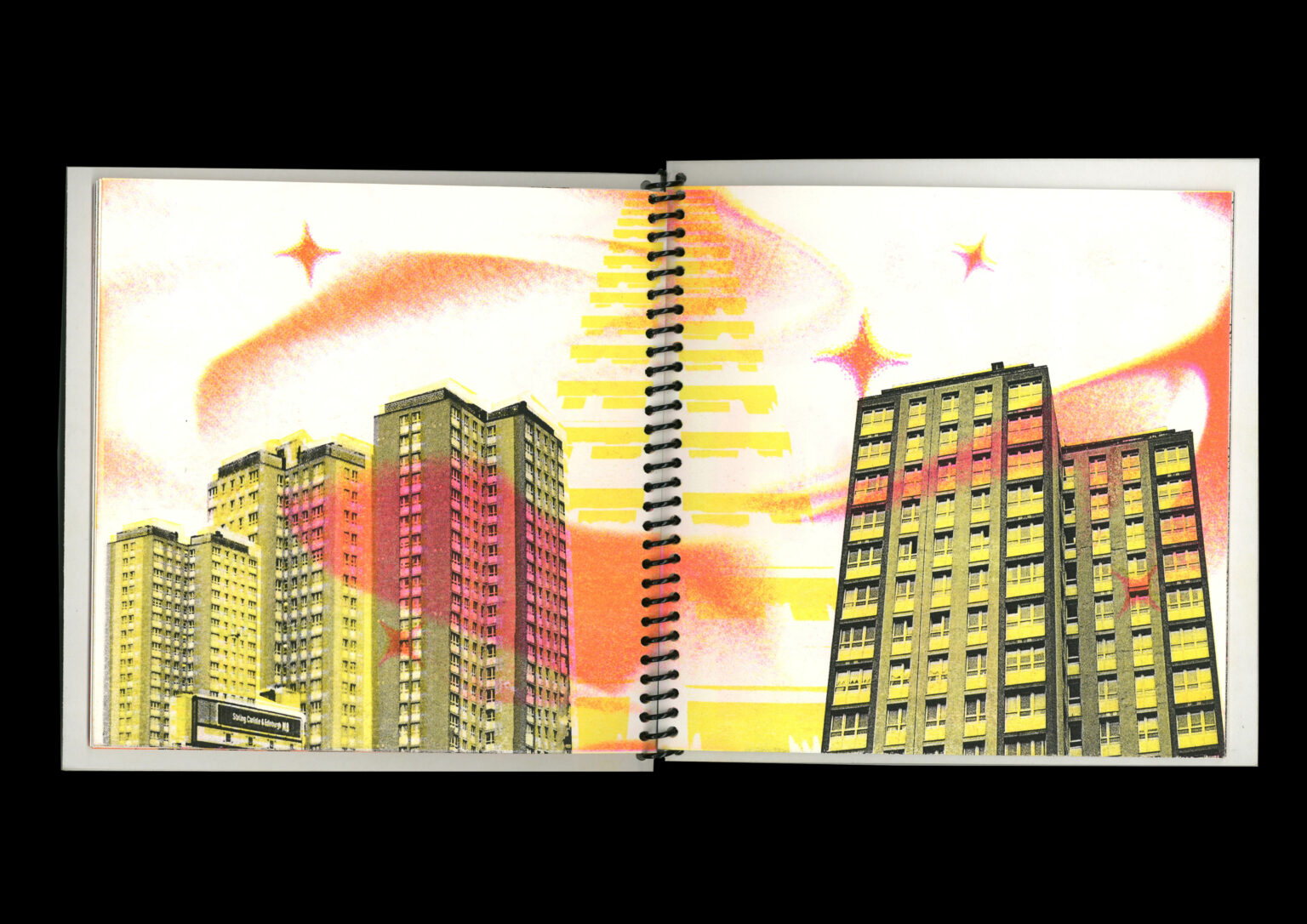 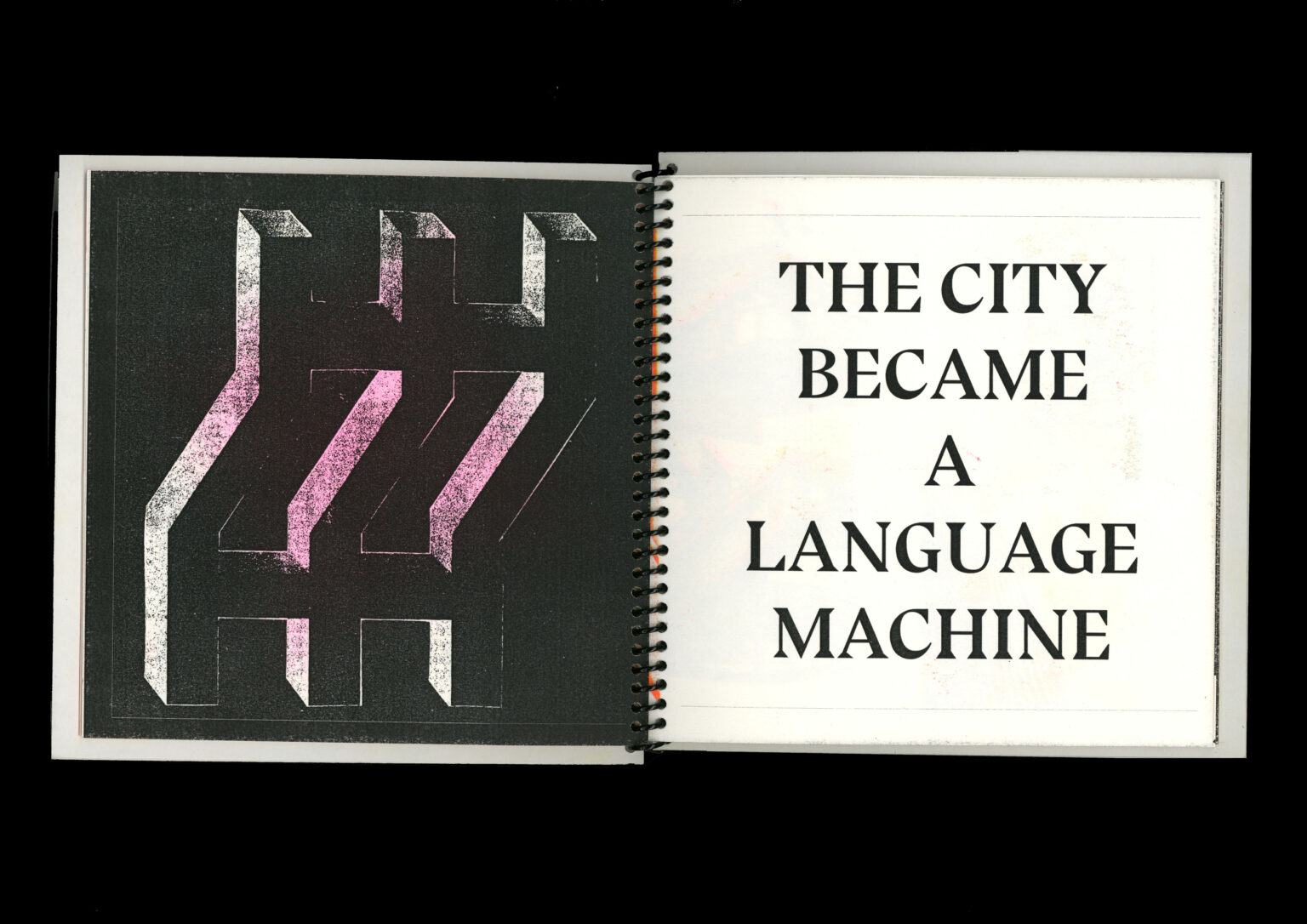 A lot of the text and typography has came from my research into the history of social housing in Glasgow and the Modernist architecture movement of the 20th Century.
6 of 9
Previous Next
Close 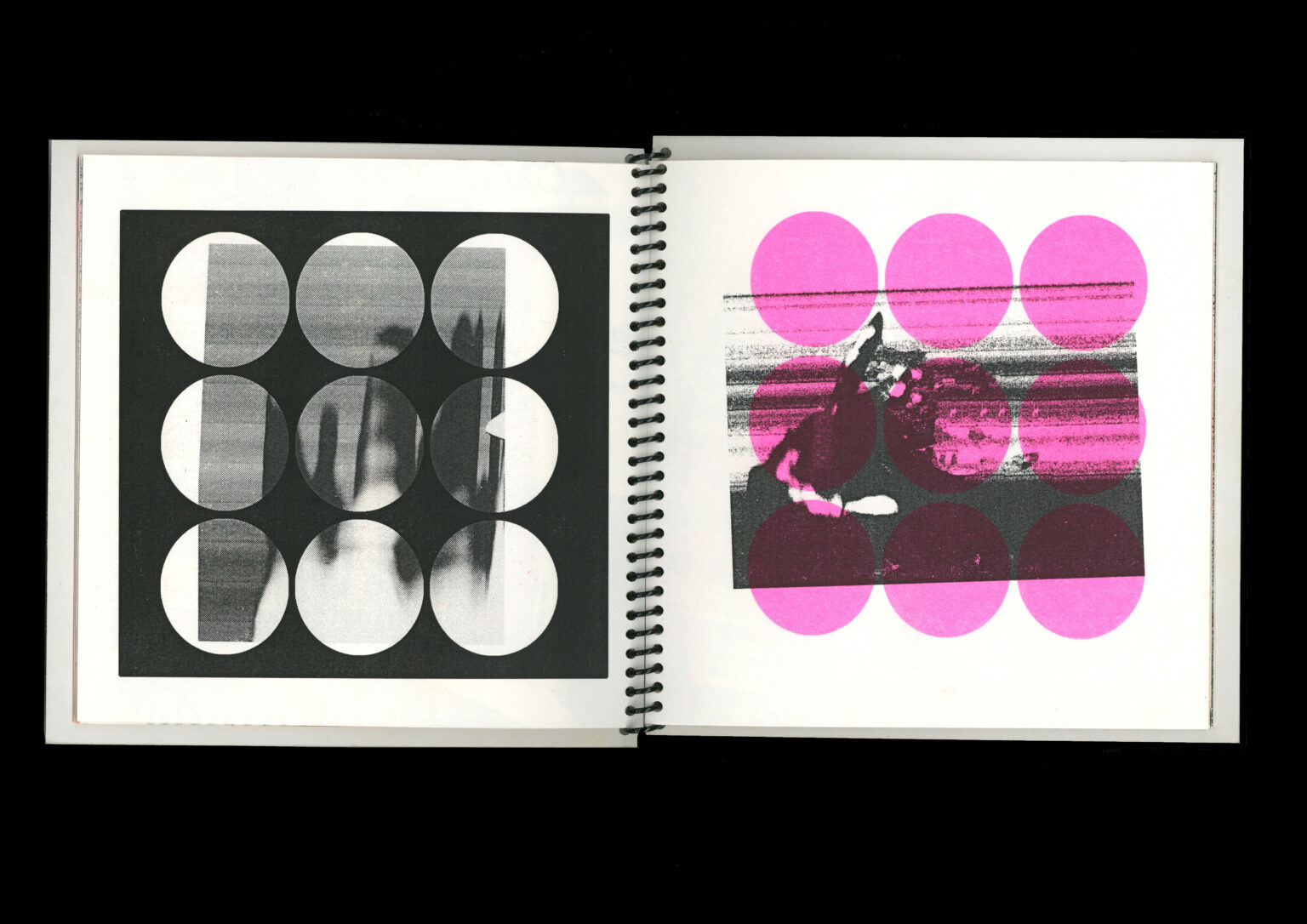 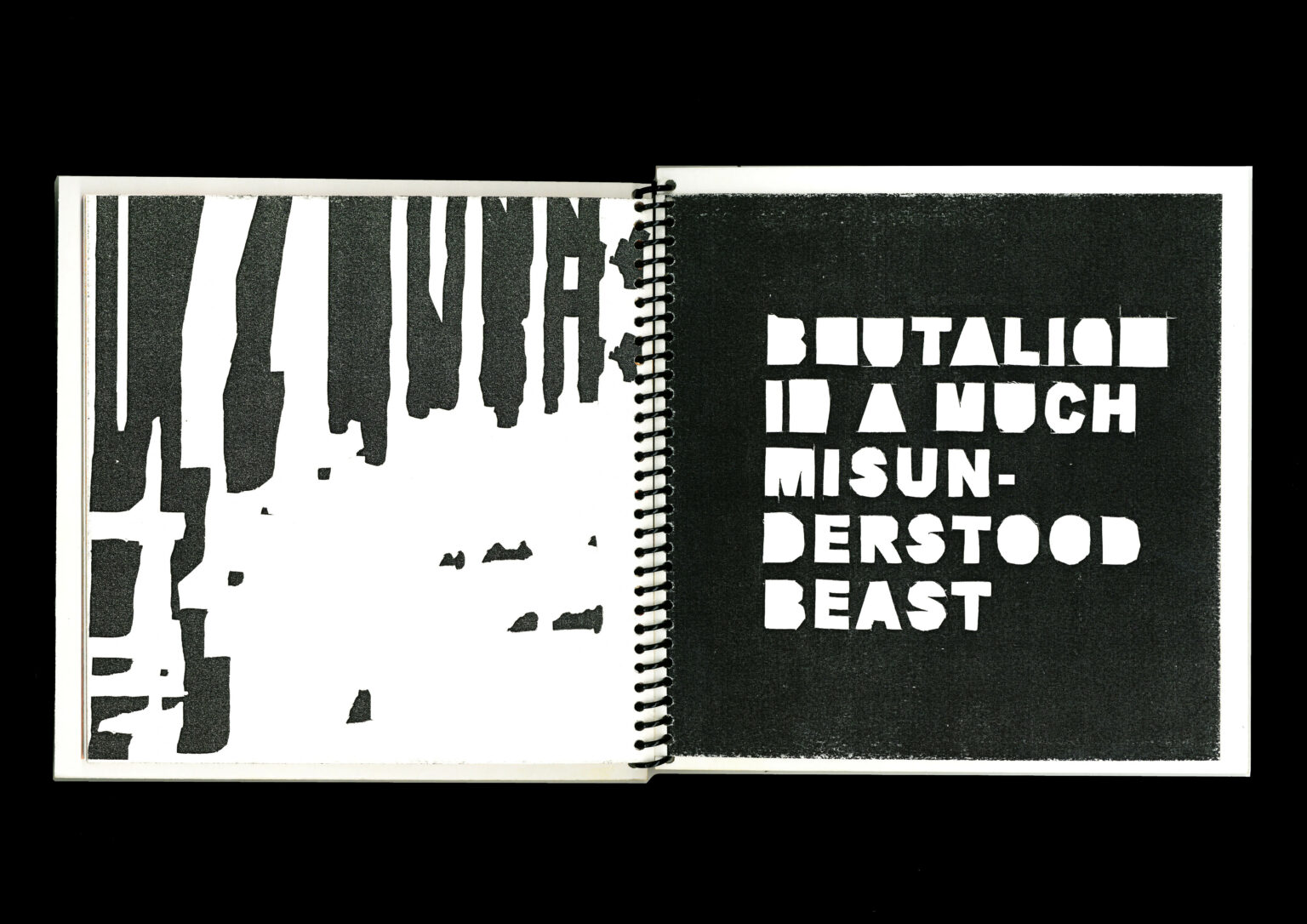 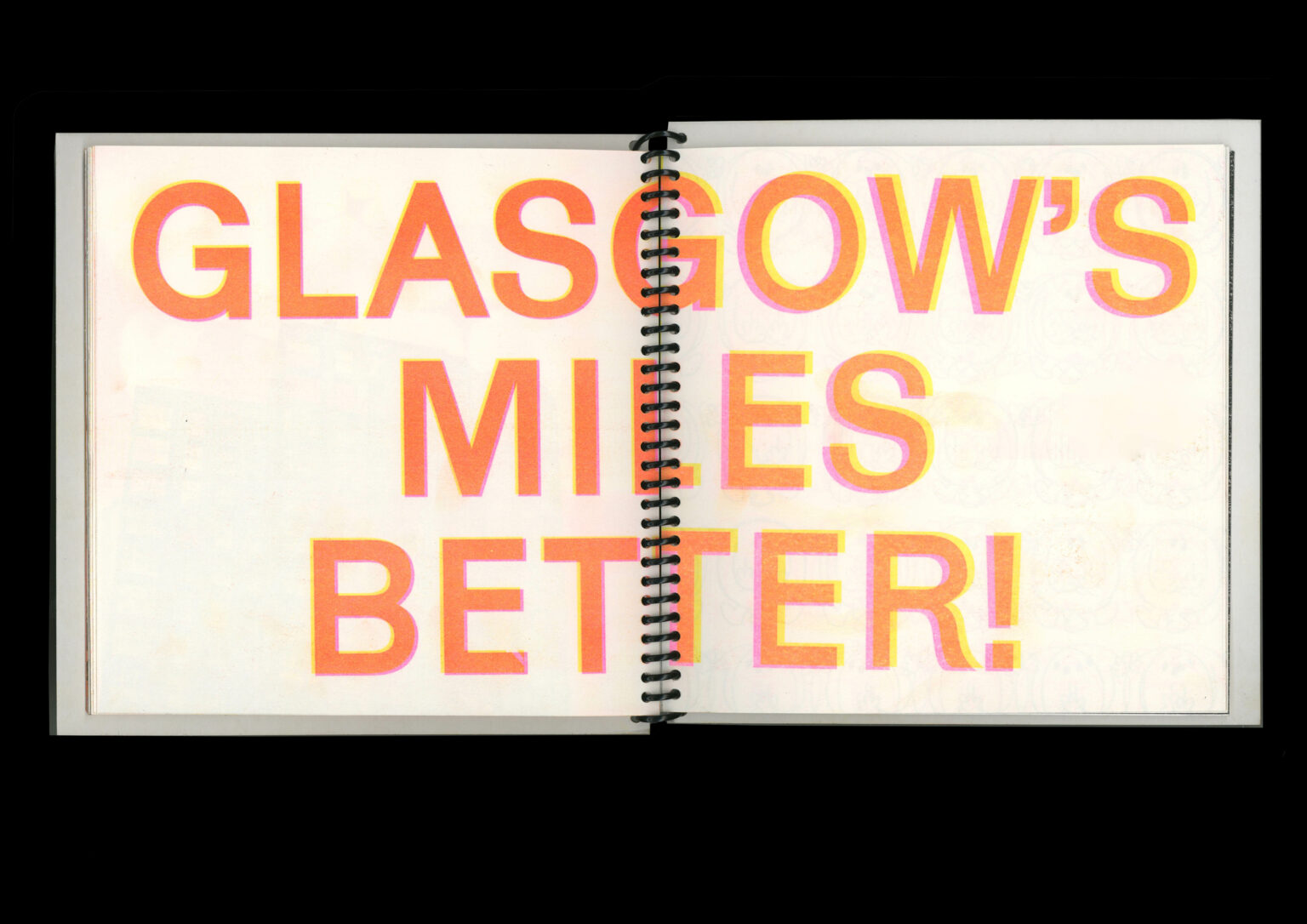