In 2119, A new illness caused by exposure to electromagnetic Radiation due to daily usage of electronic gadgets (phones, tablets) is discovered.
The Host is converting an ordinary wind turbine farm into a Radiation-19 Treatment Centre. Electronics screen use (such as watching television and using computers, video games and portable devices) has grown with time. People will be more likely to have some adverse physical health outcomes, and behaviours Radiation or electromagnetic wave from cell phone usage has always been dangerous.
(arguably, might or might not have scientific evidence, I don’t know. But I wouldn’t put the cell phone on my bedside when I sleep). The target users are PATIENTS OF RADIATION-19.
To be more specific, like hospitals, I separated them into inpatients (sleep in the sleeping pods and de-charge) and outpatients (jogging, socialising, listening to the sound of wind turbine blades spinning)
The primary purpose is to utilise the energy generated from the wind turbine to “de-charge” the inhabitants from the Radiation caused by gadgets. The blades can generate waves to treat the excess Radiation in the human brain. So people go to this radiator 19 treatment centre and stay overnight to have the Radiation removed.

From an ordinary wind turbine farm, Radiation-19 Treatment Centre has been built to cater for patients of the new pandemic in 2119. Going forward, the connection between pods will be more refined and shown clearly in visualisations. Access to private pods will be via retractable cables whereas access to public/ shared pods will be via stairs. All design elements inclusive of the pods and stairs will be cohesive. 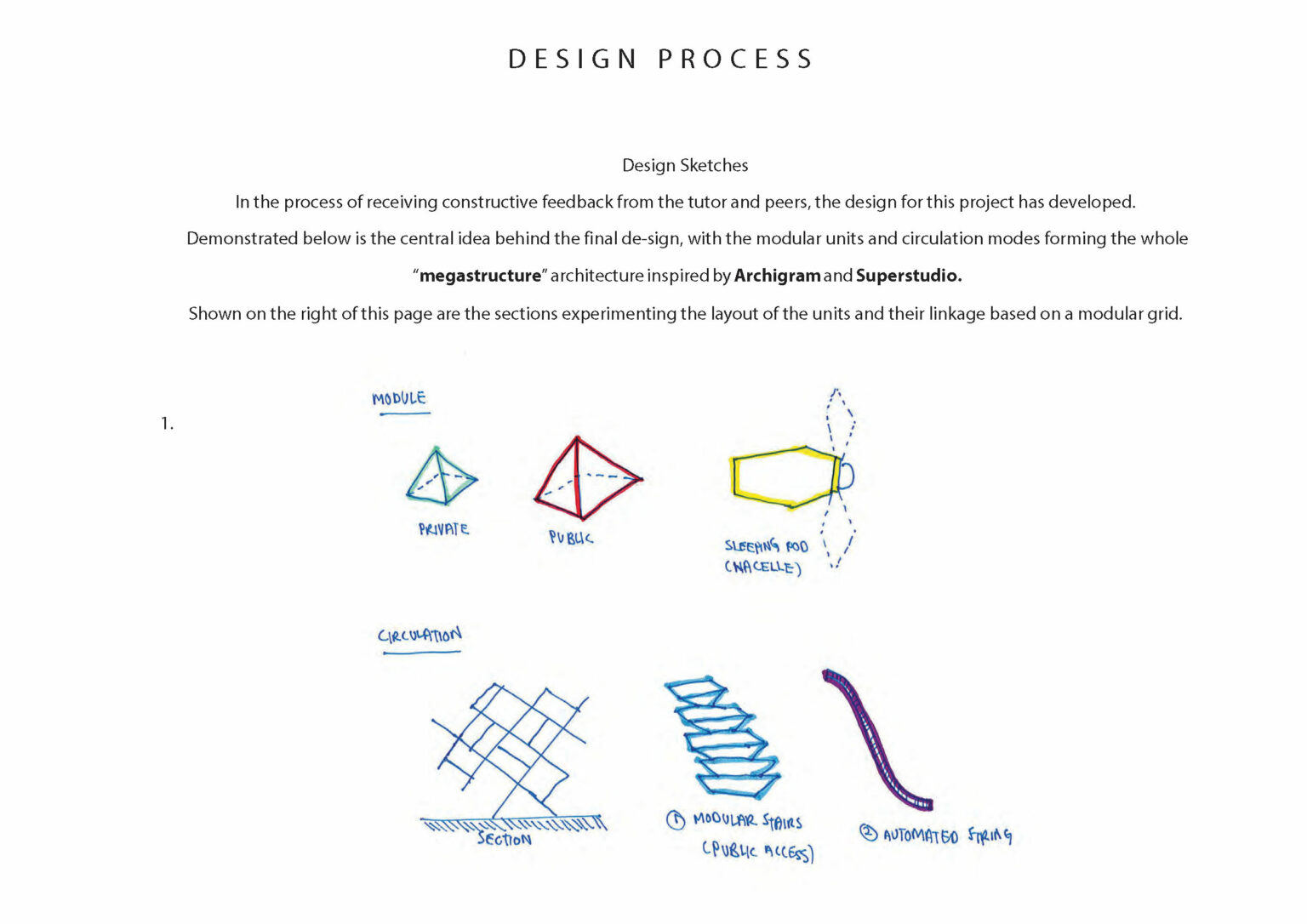 1 of 12
Previous Next
Close 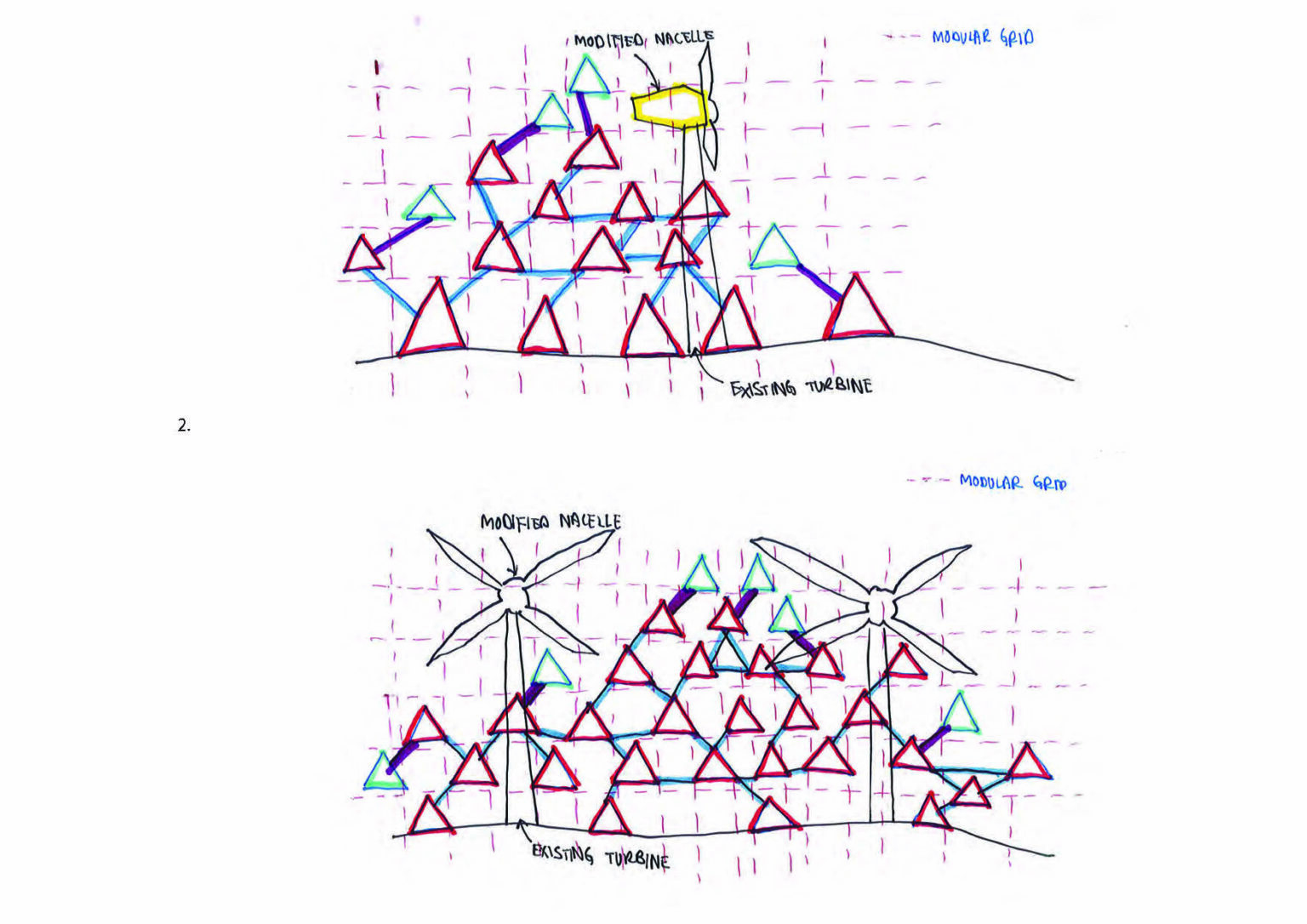 2 of 12
Previous Next
Close 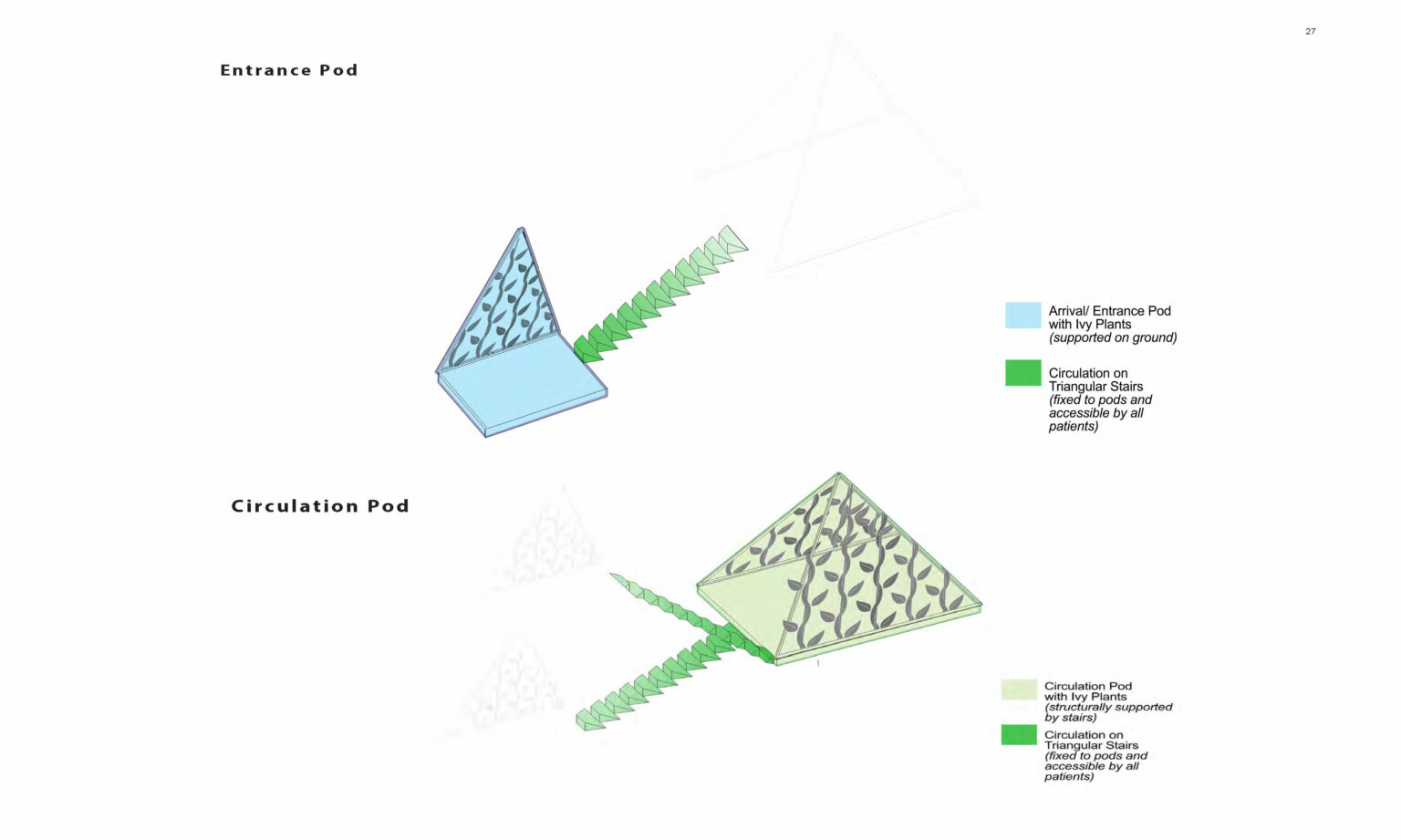 3 of 12
Previous Next
Close 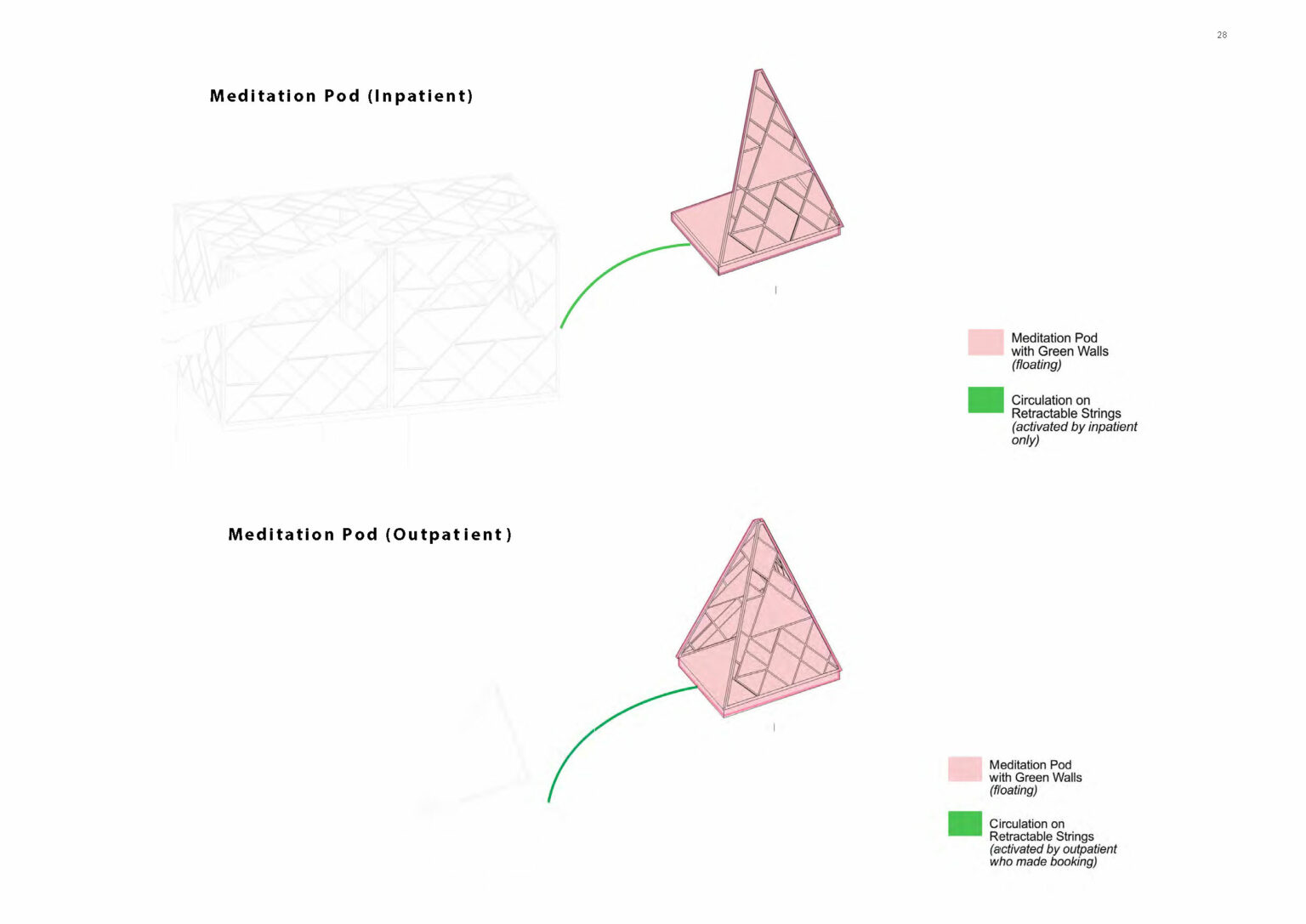 4 of 12
Previous Next
Close 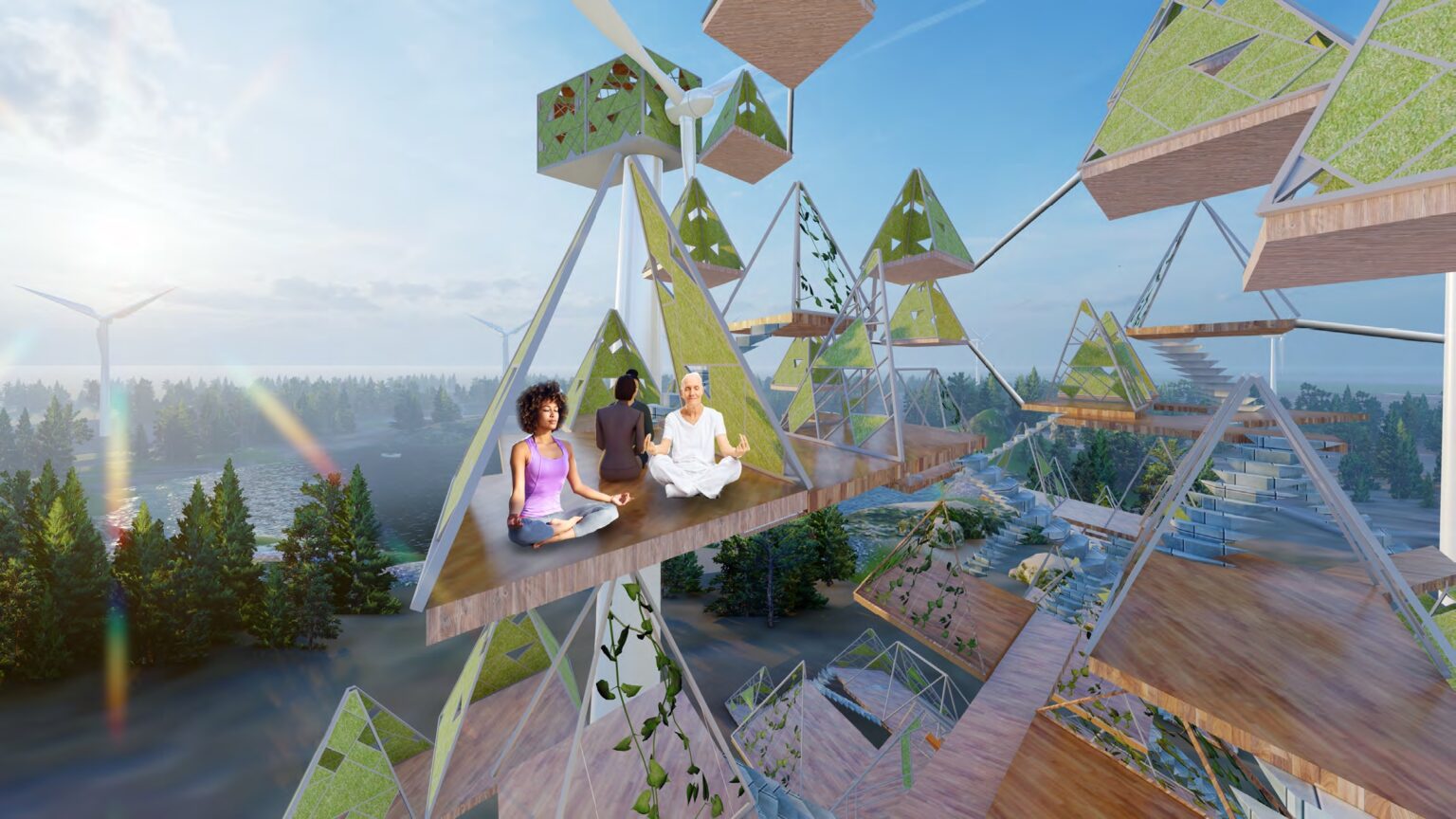 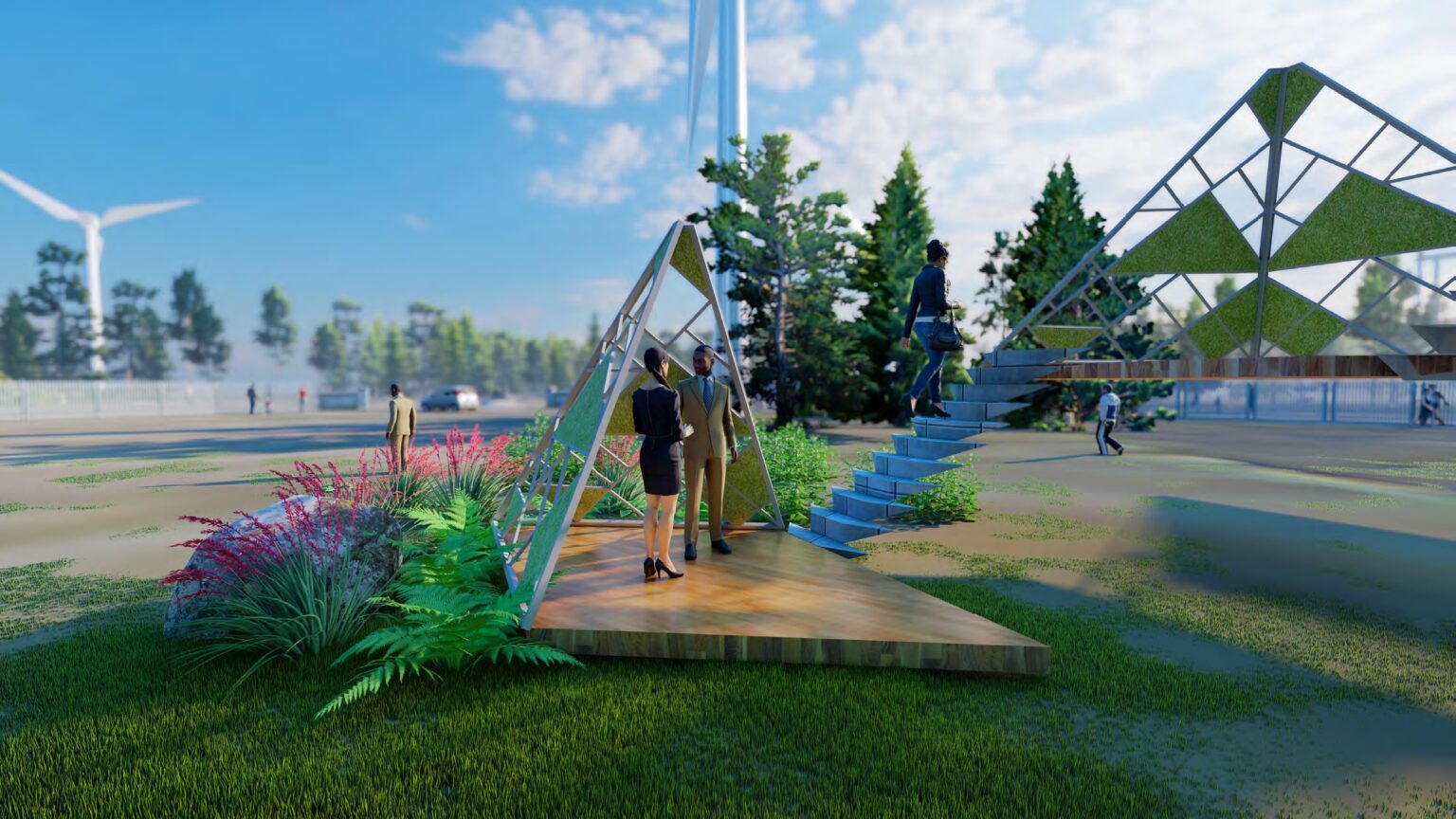 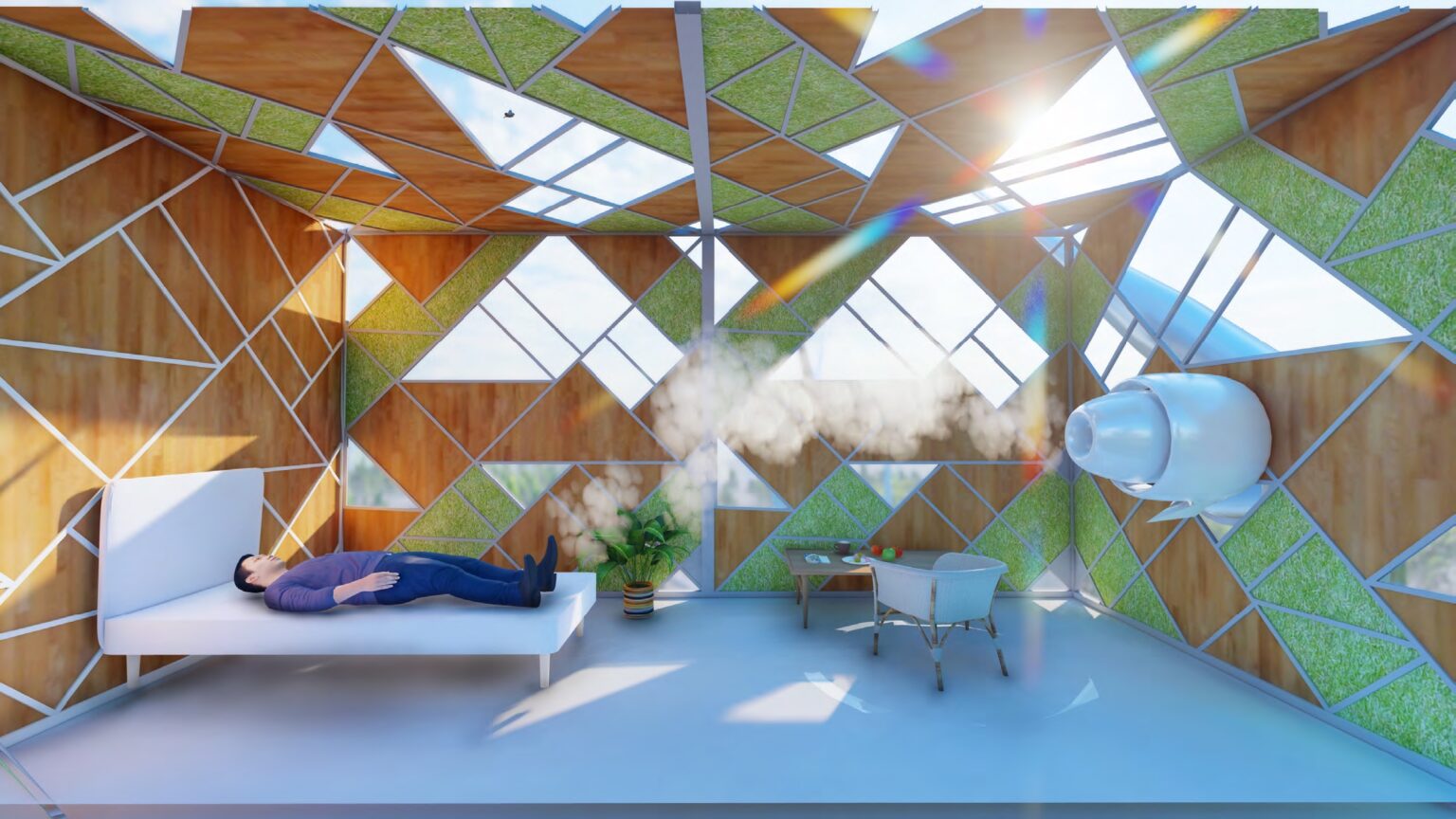 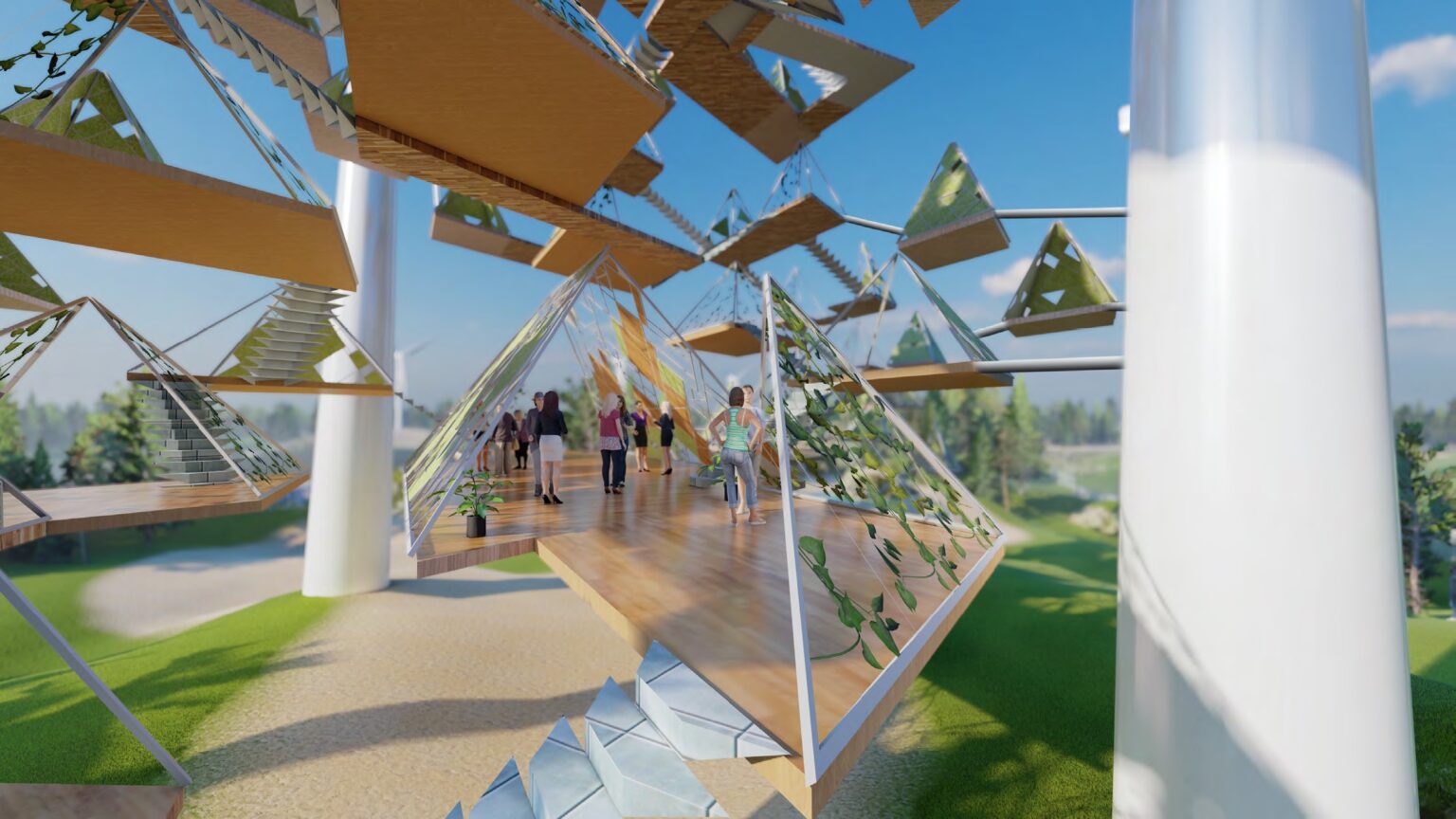 • Patients de-charge whilst reading, playing, exercising, and socialising • The stairs in the background brings inpatient back to the sleeping pod via a lift
8 of 12
Previous Next
Close 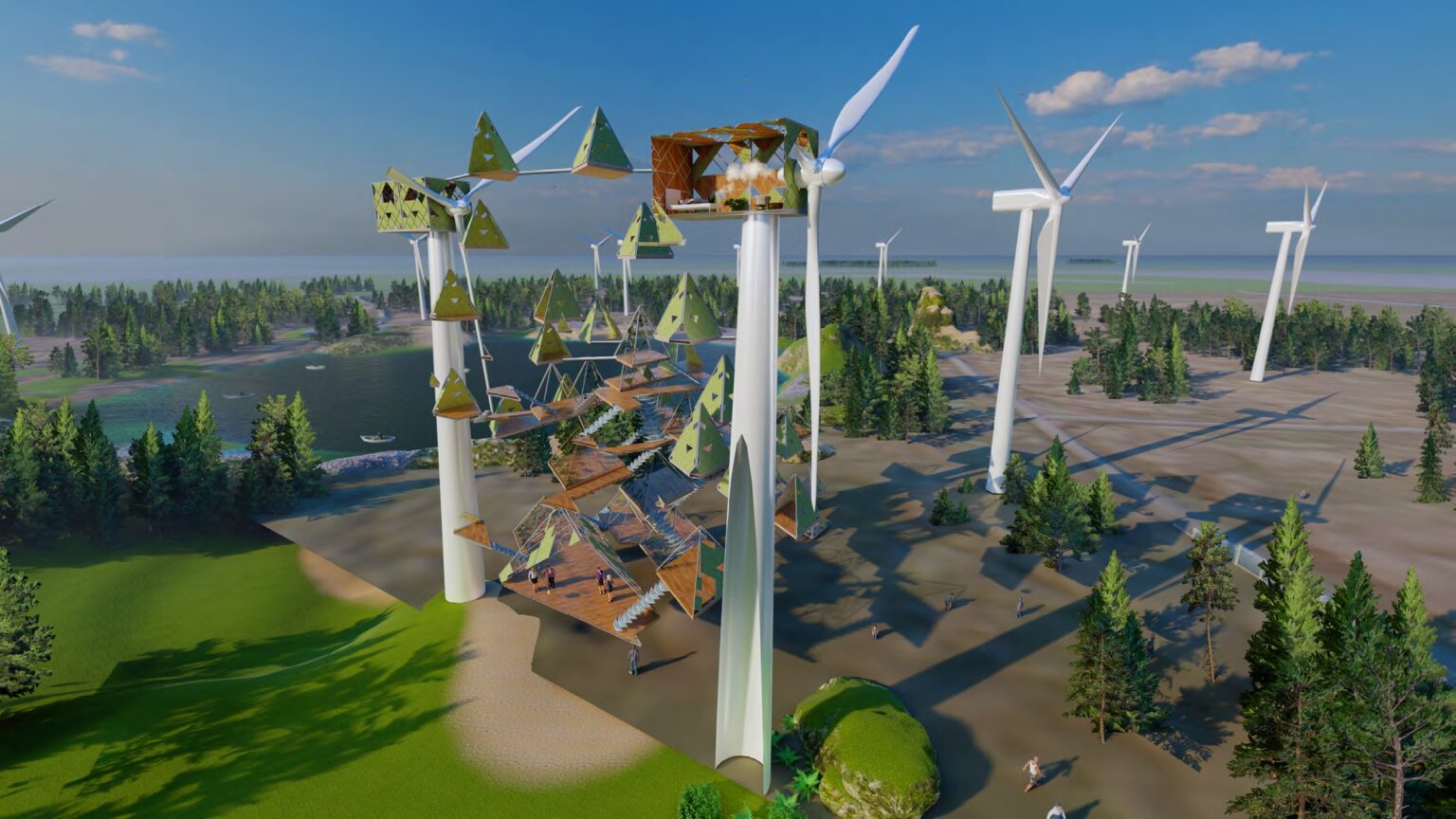 9 of 12
Previous Next
Close 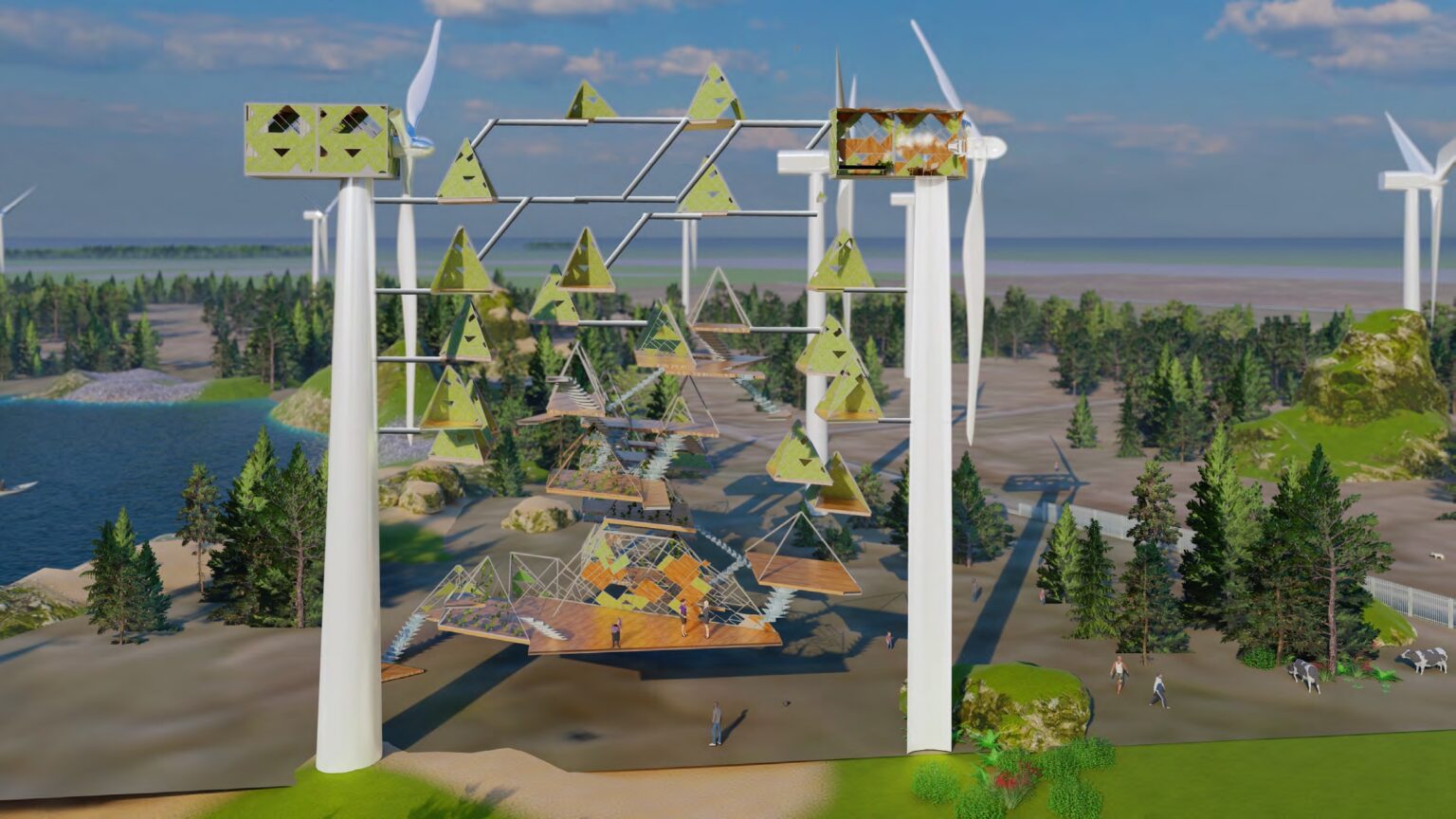 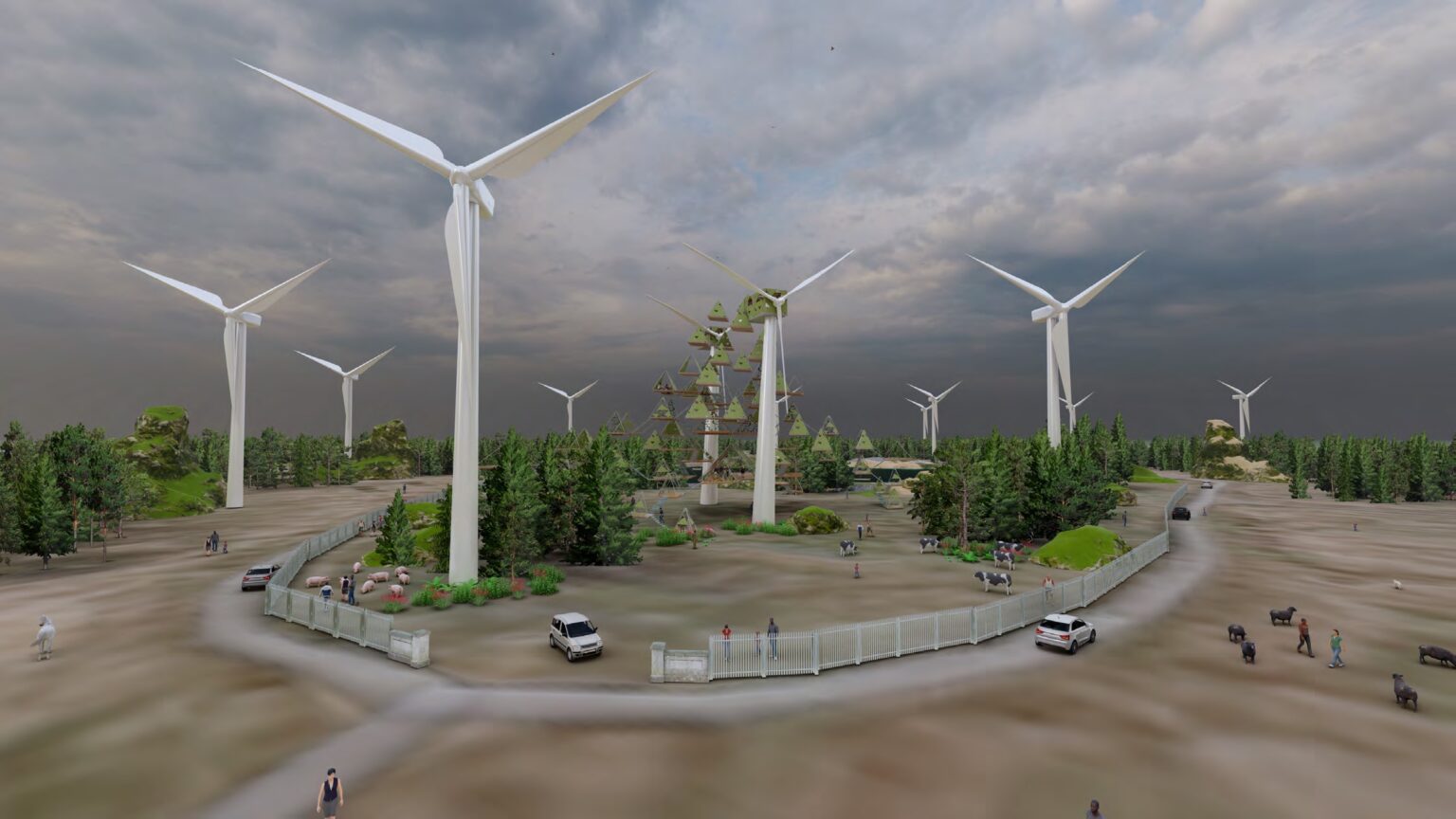 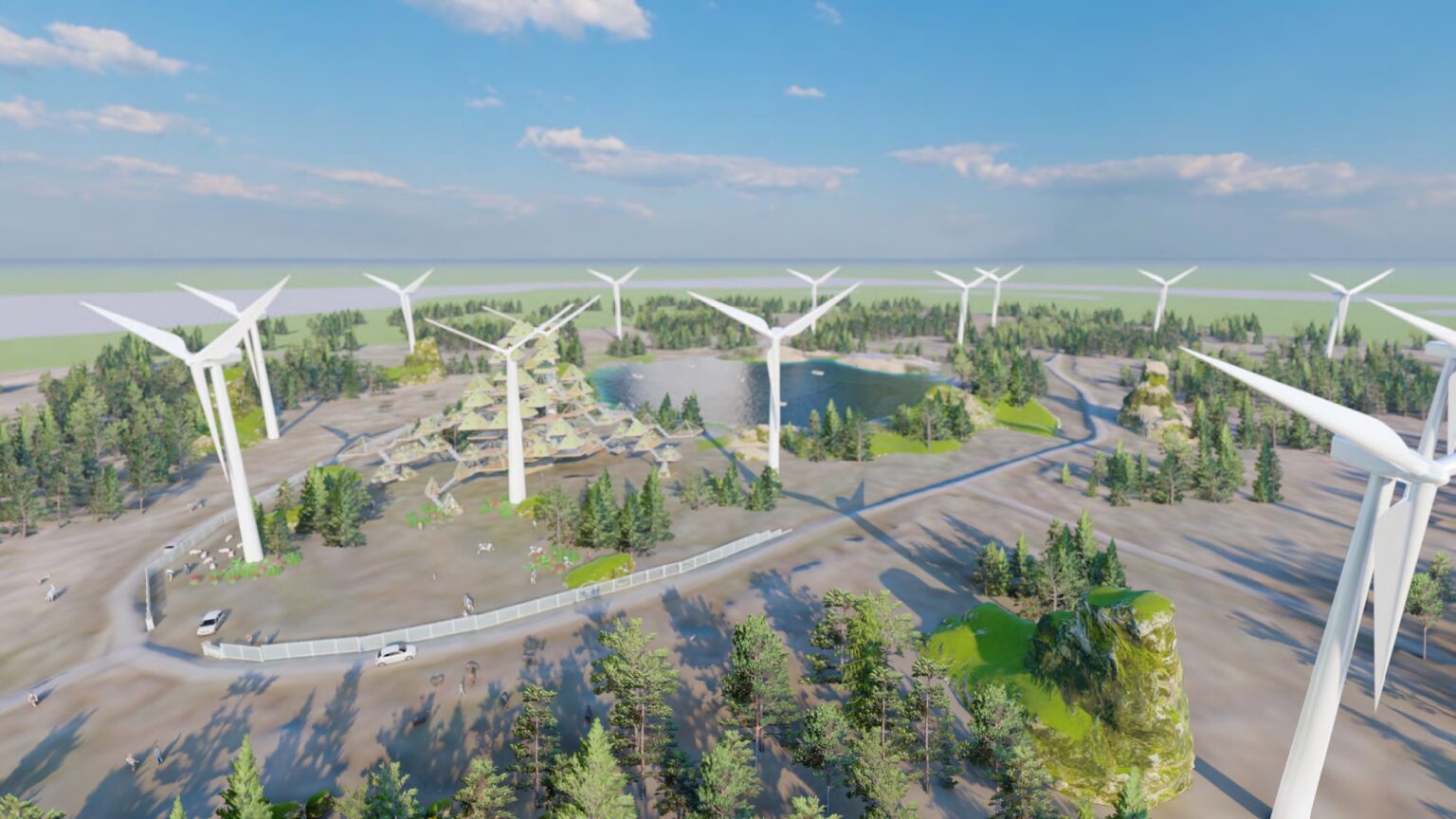