The gibbering mass of hideous dretch shoved me before the great sandstone throne, cloaked in shadows. Glints of ruby glittered from a dark, coiled mass; scales, and jewels, and, I feared, blood.

“KNEEL, MORTAL,” she thundered. Her voice was deeper than an earthquake. My knees buckled; my gut turned to ice.

“TELL ME YOUR NAME.”

Innate Spellcasting: Zelldethourn may cast the following spells without components:

Mystic Theurge: Zelldethourn is a master spellcaster, capable of casting both arcane magic, as a Level 19 Sorcerer, and divine magic (by channeling the chaotic evil energies of the Abyss), as a Level 16 Cleric.

Twisted Wish: In exchange for the soul of a mortal, Zelldethourn may cast wish on that mortal’s behalf as a free action. Upon death, said mortal will appear in Zelldethourn’s menagerie as a larva. Zelldethourn will inevitably twist the wording of the mortal’s wish to her own ends.

Cutting Key: Magical key flaked from obsidian mined on the border between the elemental planes of fire and earth; the key’s teeth are razor sharp. Can cut through the veil between worlds. (can cast gate [3 charges/day])

Zelldethourn is an extremely dangerous elder marilith. Like most marilith, she enjoys manipulating events from the shadows, but unlike her sisthren she rarely enters combat herself, and prefers to employ her prodigious spellcasting abilities from a distance. Despite being an elemental of the Abyss and a being of pure chaos, Zelldethourn has an unusual grasp of lawful mindsets, and is adept at manipulation through magical debts, oaths, and geasa. A collector of servants, familiars, and minions, she will almost always be accompanied by various animal companions, including her abyssal cat familiar Sodrillion, and a number of goblinoid viziers and courtiers. Being an incarnation of pride, she revels in her appearance and prefers to be naked, adorned only in lingerie and jewelry of legendary value. 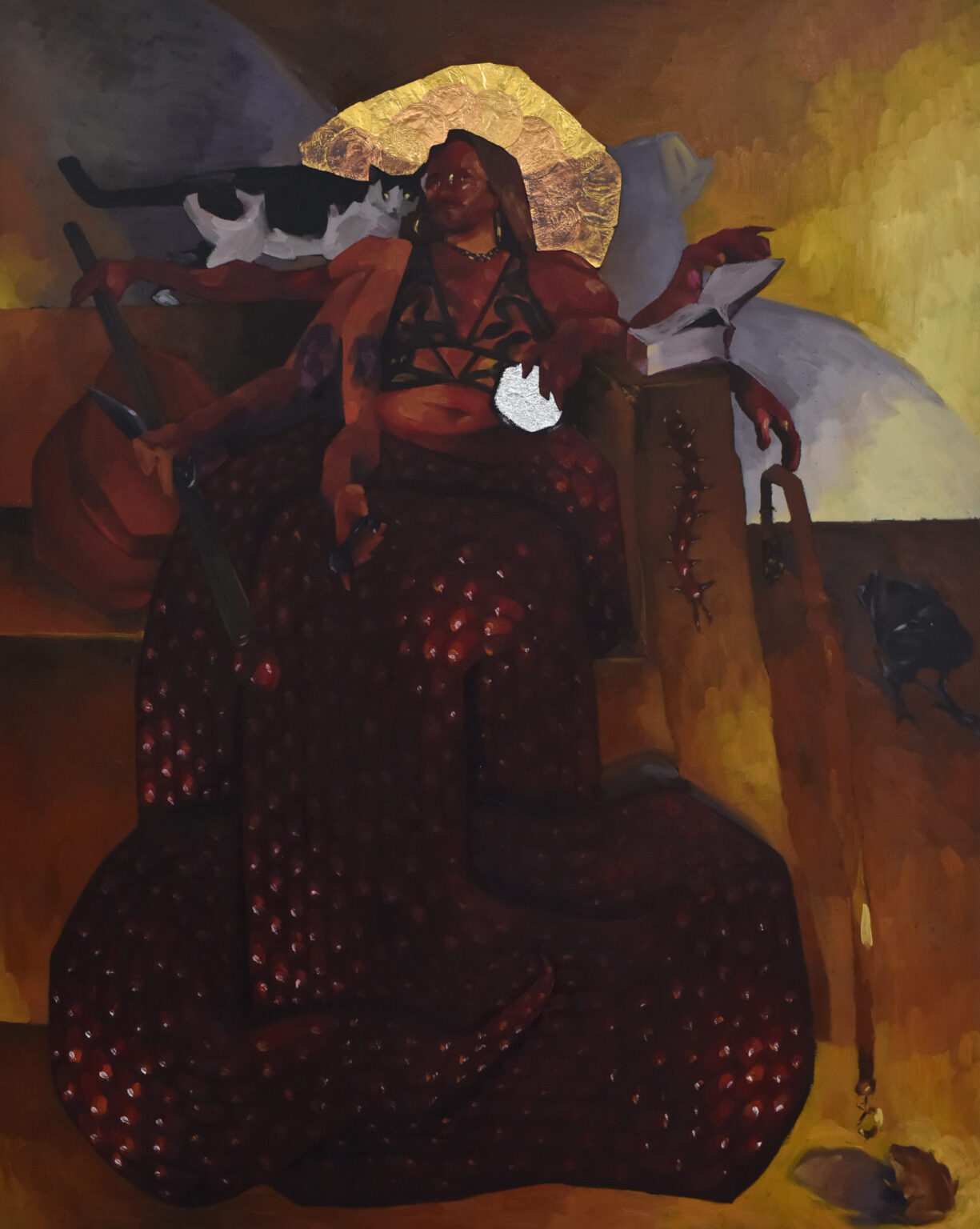