An immediate response to a short brief requiring to select a text or book where the city has a significant presence, either as a character within the plot, then asked to map the city as it appears within the text. Reflecting on the non-fiction book “Philological lounges and cafes of Athens” which explores the theme of literary cafeterias in Athens, many of which do not exist anymore, as places that are an invisible part of our spiritual life as a nation. These are places that are connected not only with individuals, but with groups and circles of writers, who played a role in the cultivation and evolution of modern Greek literature. Marker on ceramic plate. 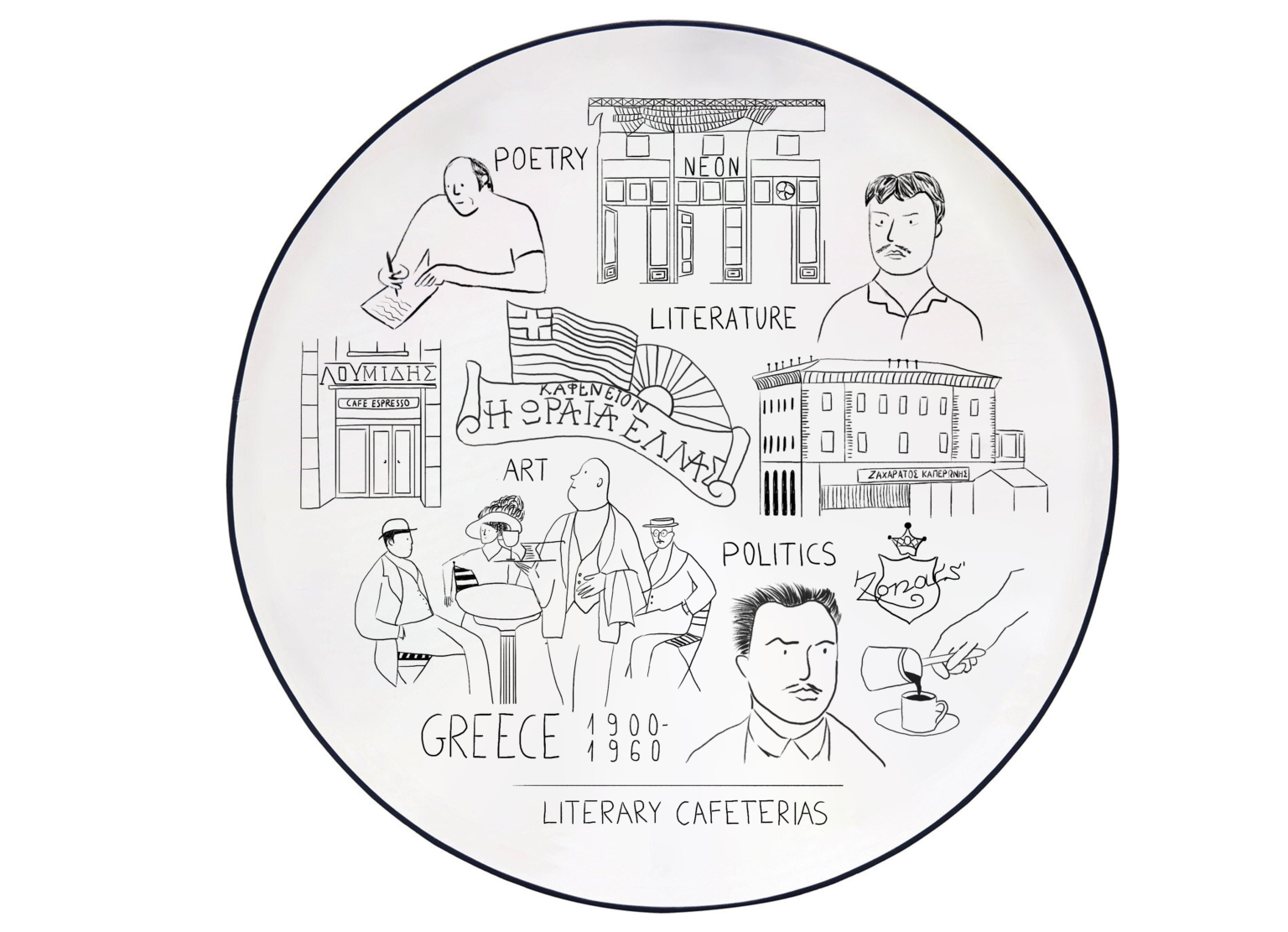