I came across a clip from a TV show, as shown in the video by scanning the QR code below, which is from 35:42 – 38:10 (but unfortunately there is a Chinese tv show without English subtitles). where an entrepreneur discusses the relationship between people and pets in modern society and why his ultimate ideal is that people and animals live Together. He talked about his ultimate vision is that people live with animals, and why people will eventually live with animals, he stated two relatively basic reasons, the first is that the lack of personal life philosophy leads to the emptiness of human beings creates a feeling of loneliness from the individual spiritual aspect. In addition, the development of modern society has reached a certain level, while the fragmentation of information and the pursuit of individualistic interests have caused the distance between people to be pushed farther and farther. In this case, people need to be accompanied by animals as other creatures. Compared to other methods of soothing loneliness, interaction and companionship with animals is a mutual relationship, with an emotional connection rather than a cold object.

This clip made me think about the relationship between people and loneliness. Pets are indeed an effective way to dissolve loneliness and enhance the sense of fulfilment in the lives of people who live alone. I am thinking if I can introduce the concept or character of pets, and express my space vision in a childlike and interesting way, which can not only connect with my theme: living alone and psychological level of loneliness and companionship, but also build a new bridge to connect the space and my theme.

On this basis, I revisited Hayao Miyazaki’s animated film “My Neighbor Totoro” (Miyazaki, H.1989), a very childlike story about a series of heartwarming stories of two little girls accompanied by their neighbour Totoro, which are similar to a cat. To a certain extent, it coincides with a series of keywords such as my theme of loneliness and companionship. Moreover, although cats are very good friends of human beings, they will always maintain the characteristics of independence and quietness and enjoy it. They are more likely to “be alone”, like the type of single person represented by me, enjoy living alone and quiet moments. Therefore, I would like to use “Cat” as my spatial role to express my spatial stories and concepts in a narrative way. 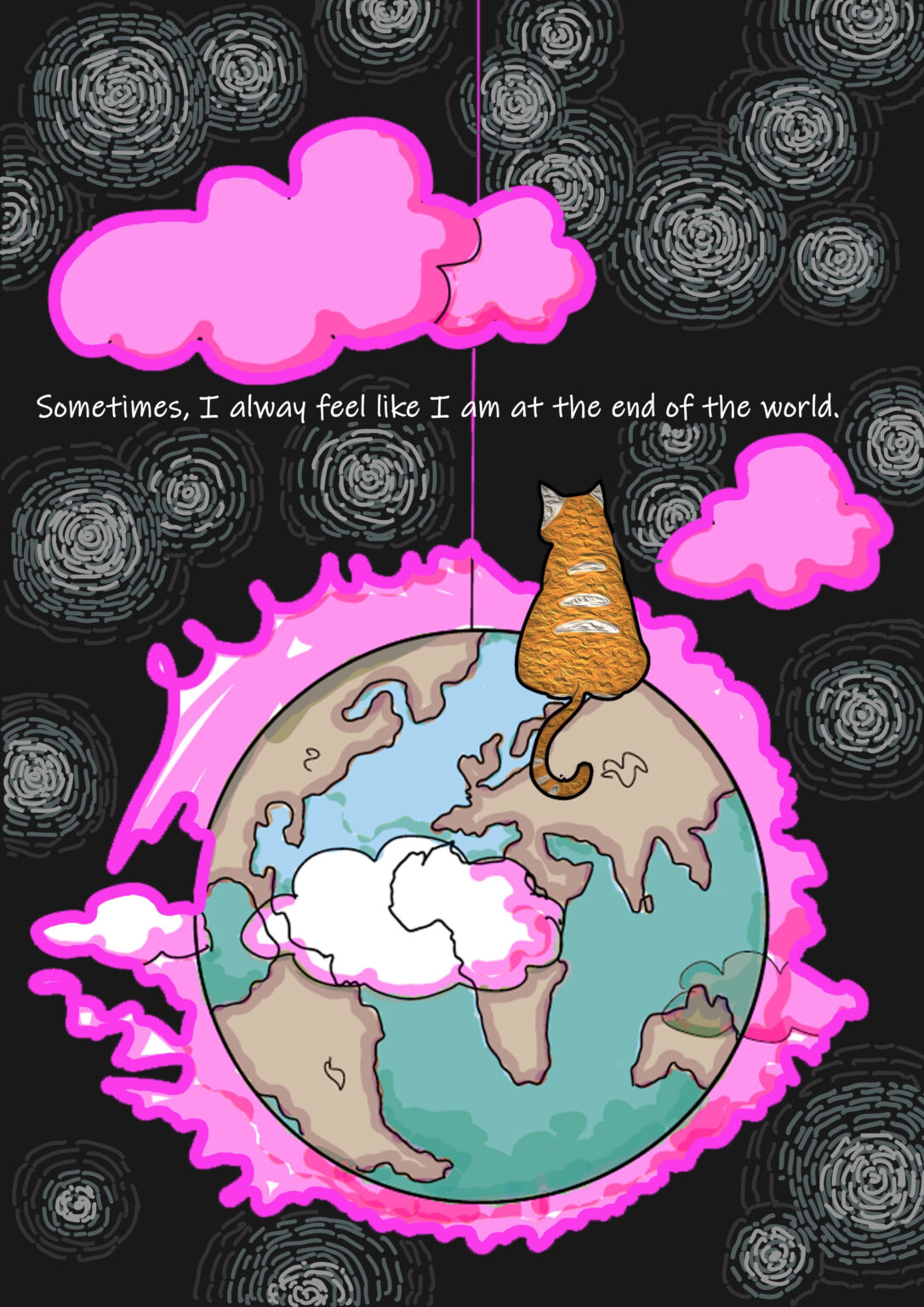 1 of 20
Previous Next
Close 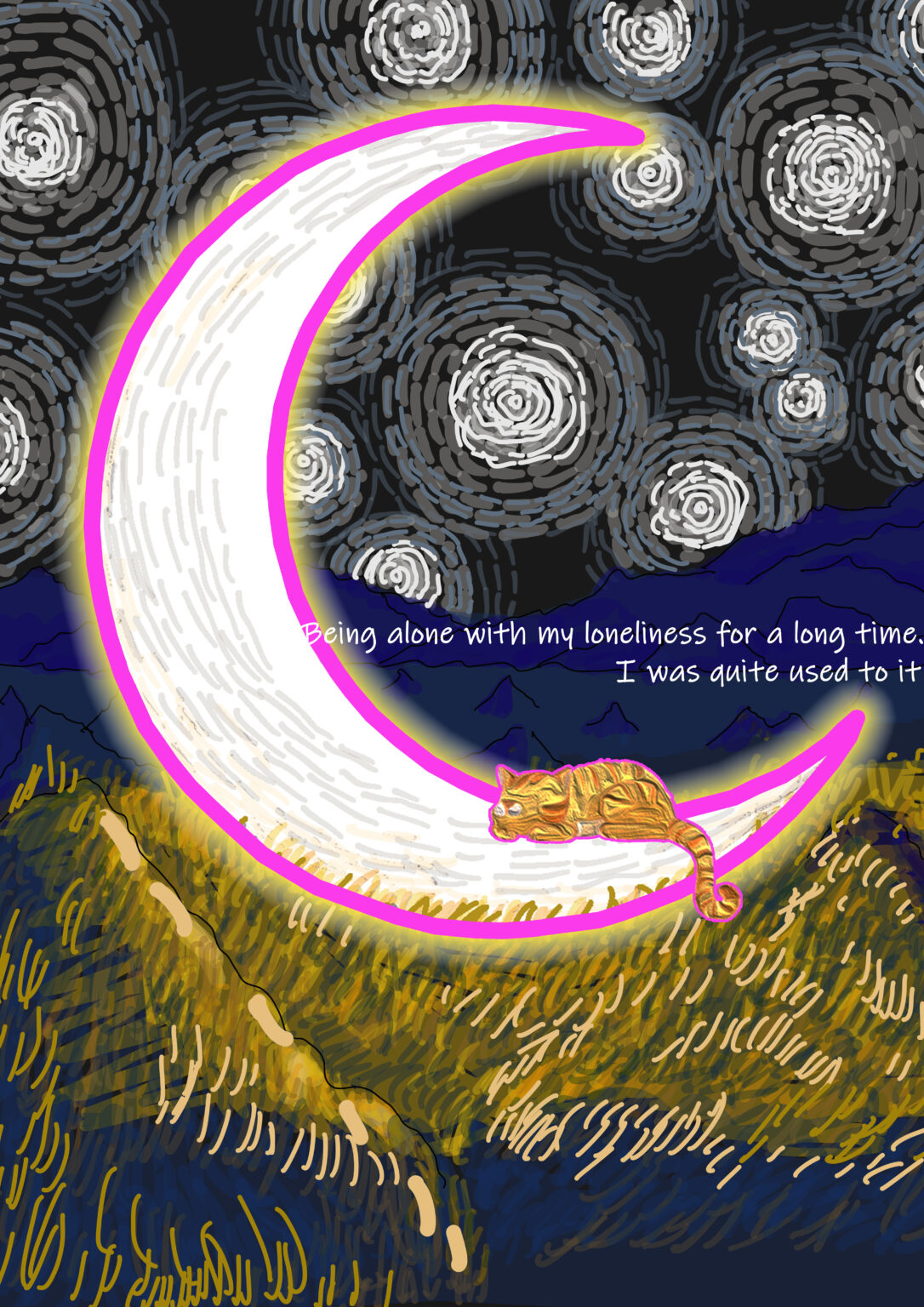 2 of 20
Previous Next
Close 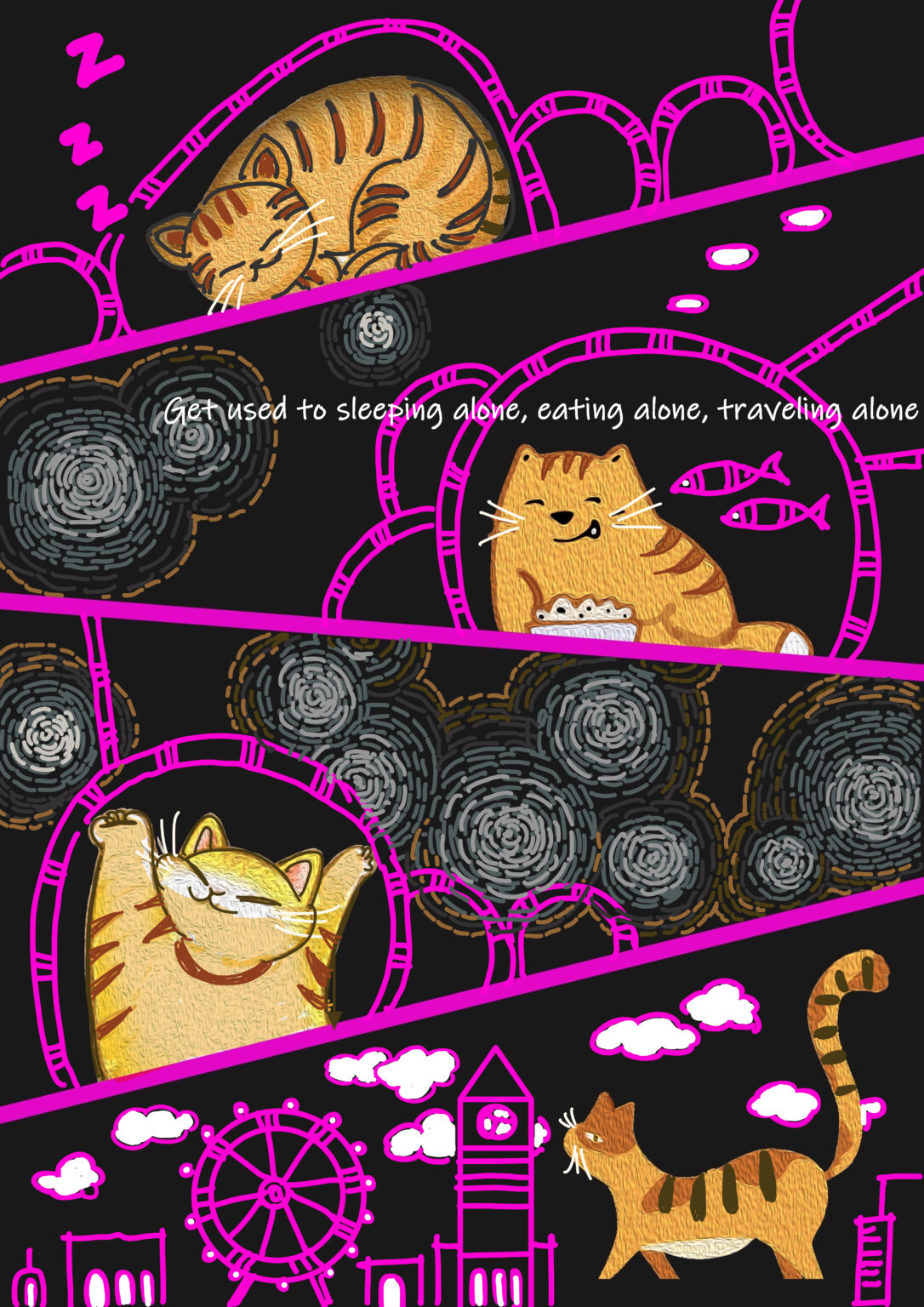 3 of 20
Previous Next
Close 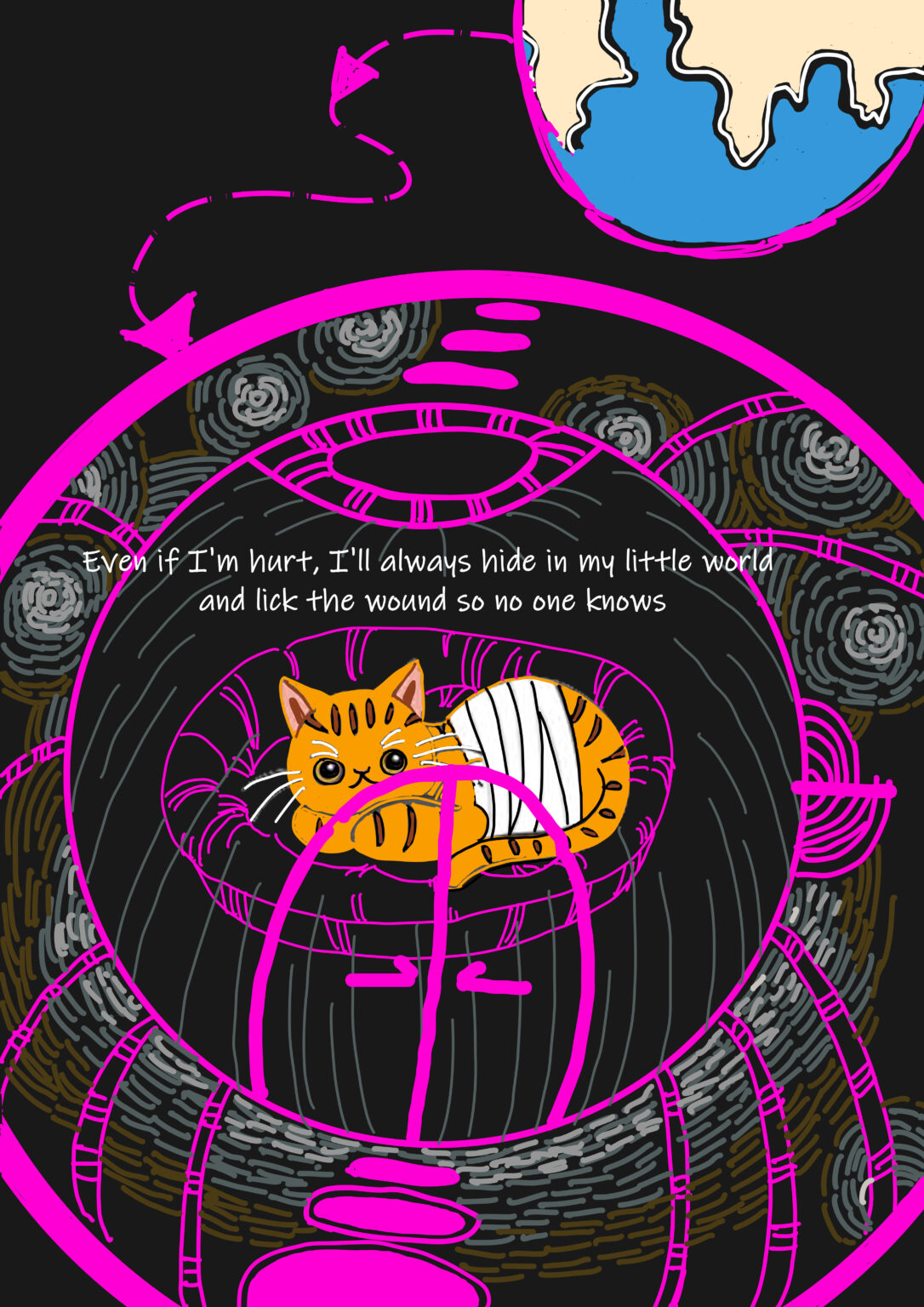 4 of 20
Previous Next
Close 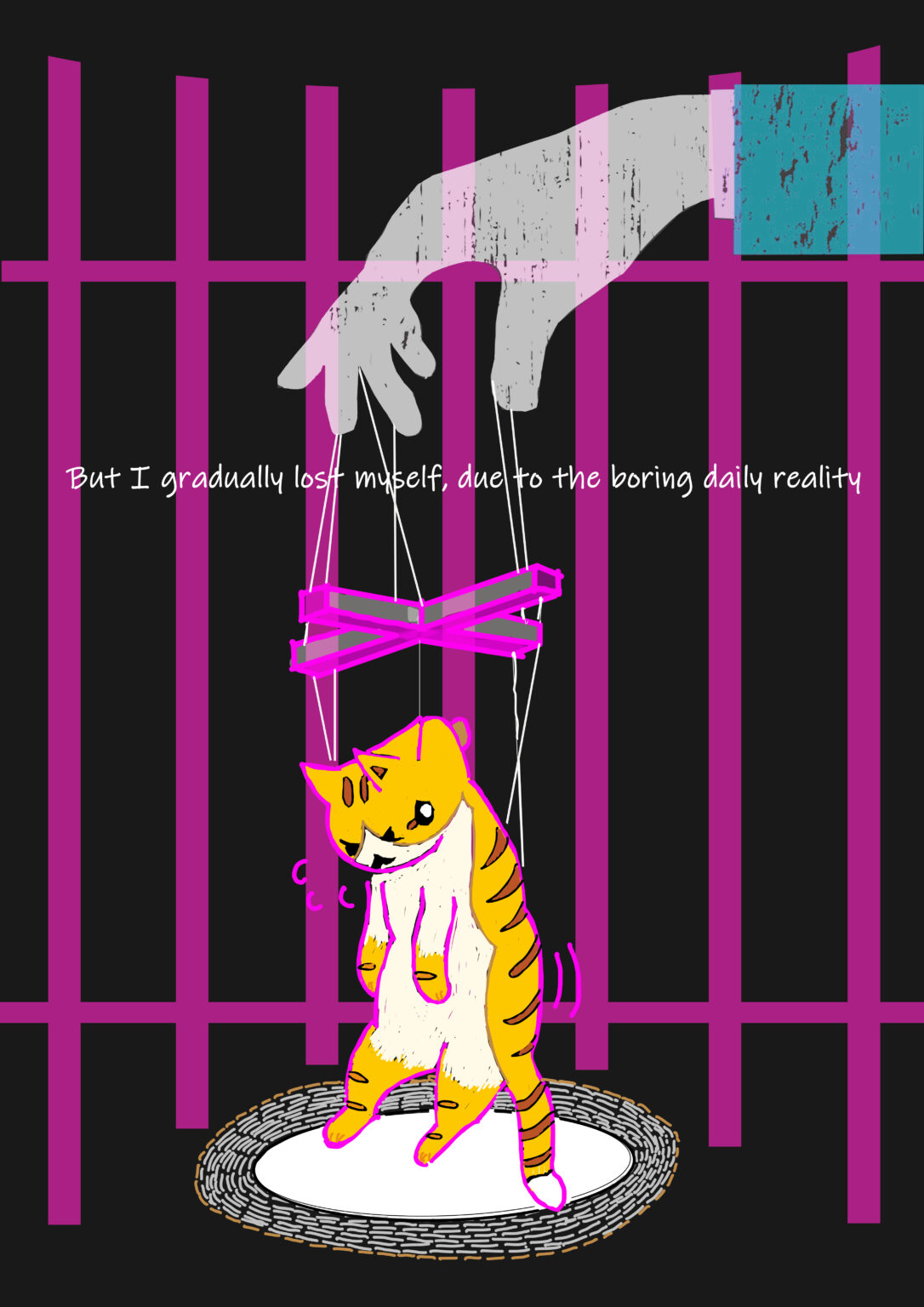 5 of 20
Previous Next
Close 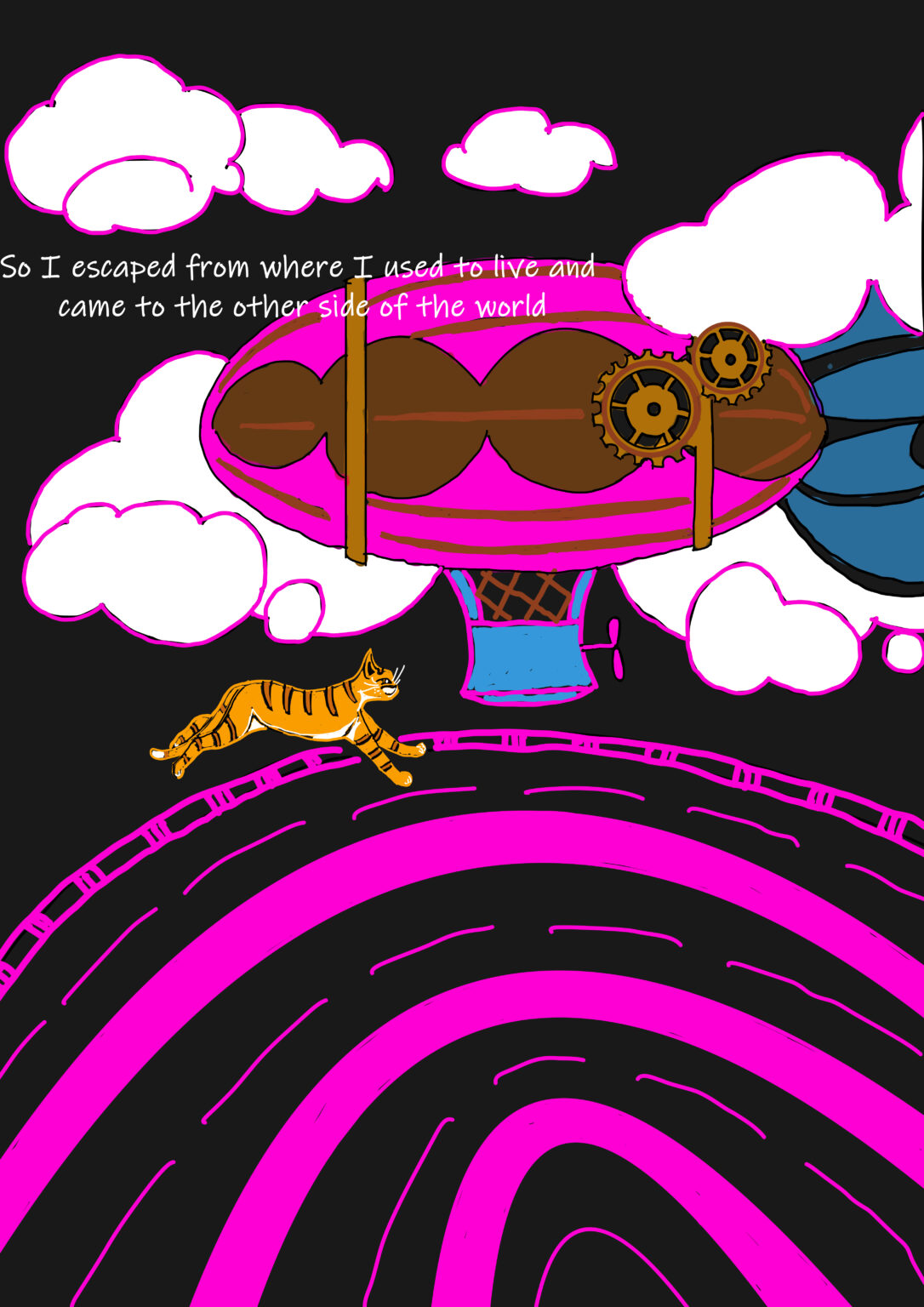 6 of 20
Previous Next
Close 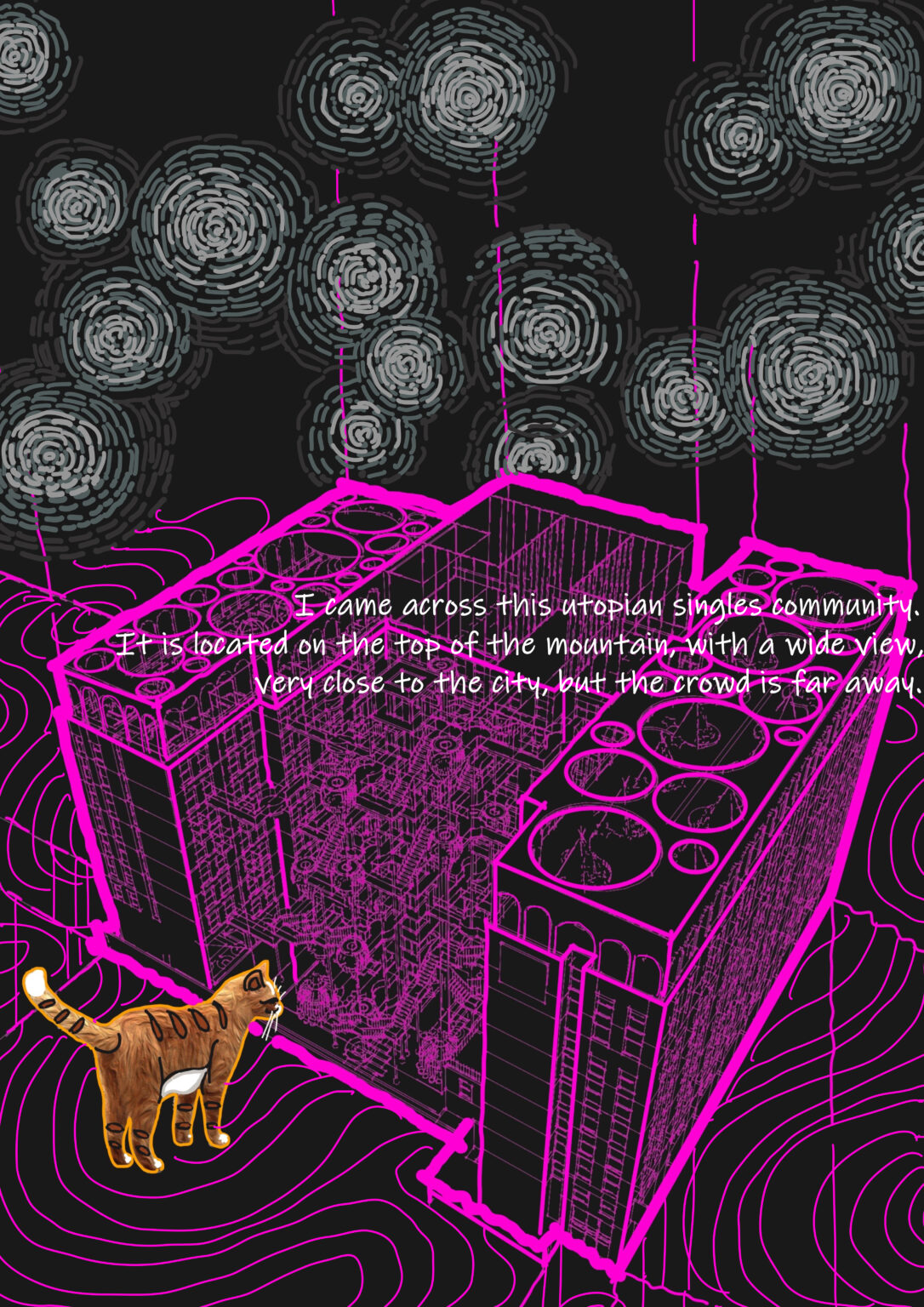 7 of 20
Previous Next
Close 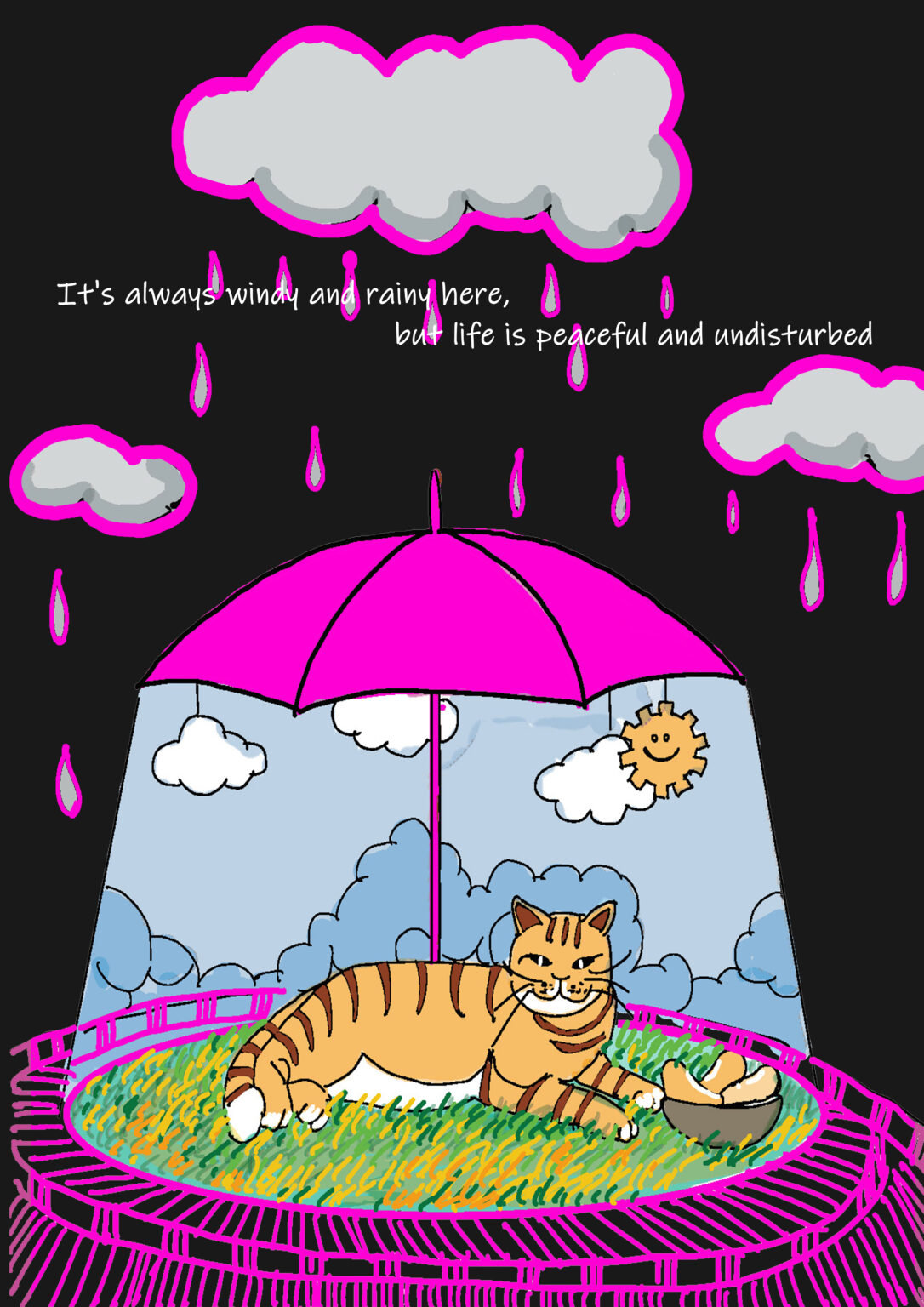 8 of 20
Previous Next
Close 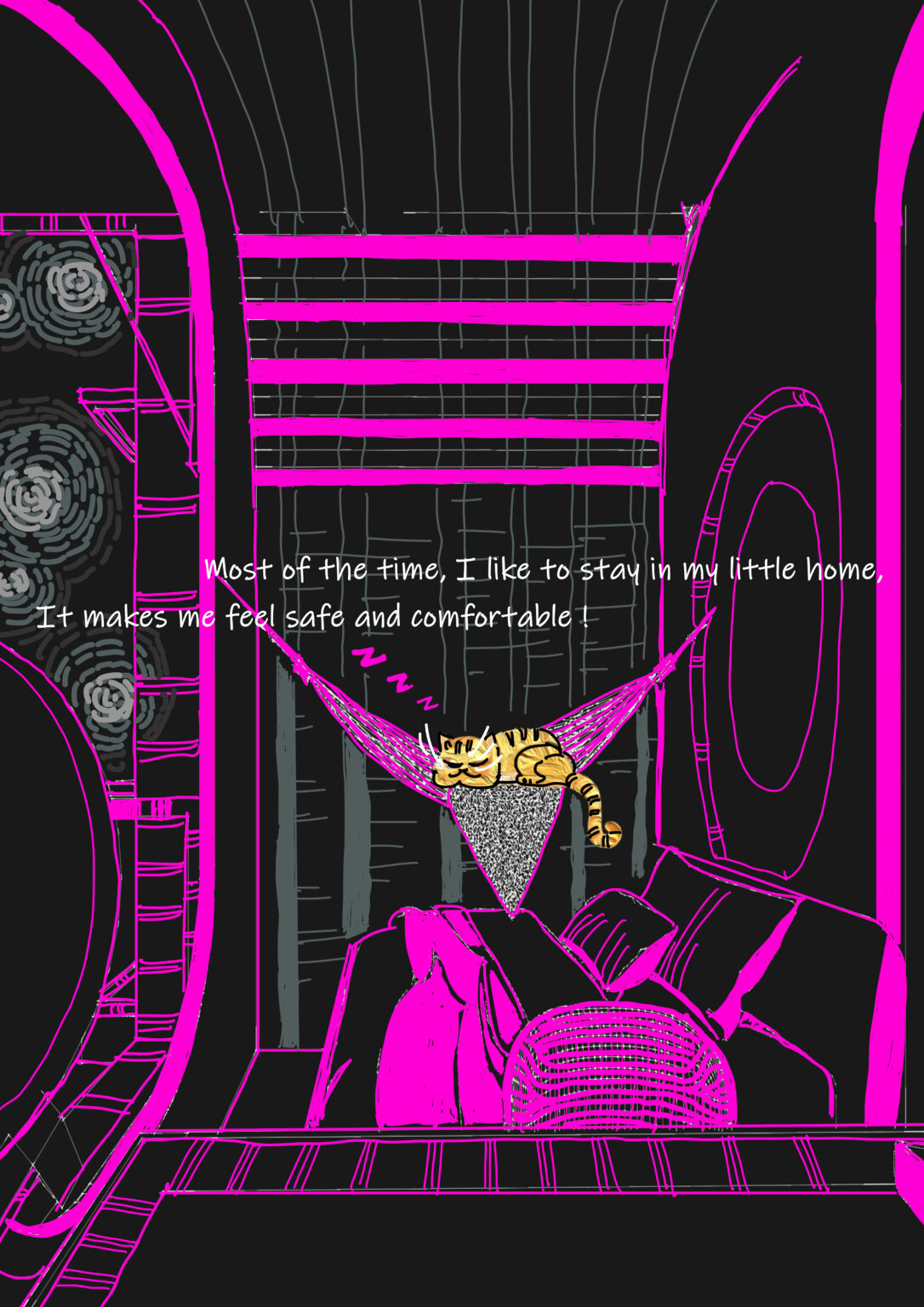 9 of 20
Previous Next
Close 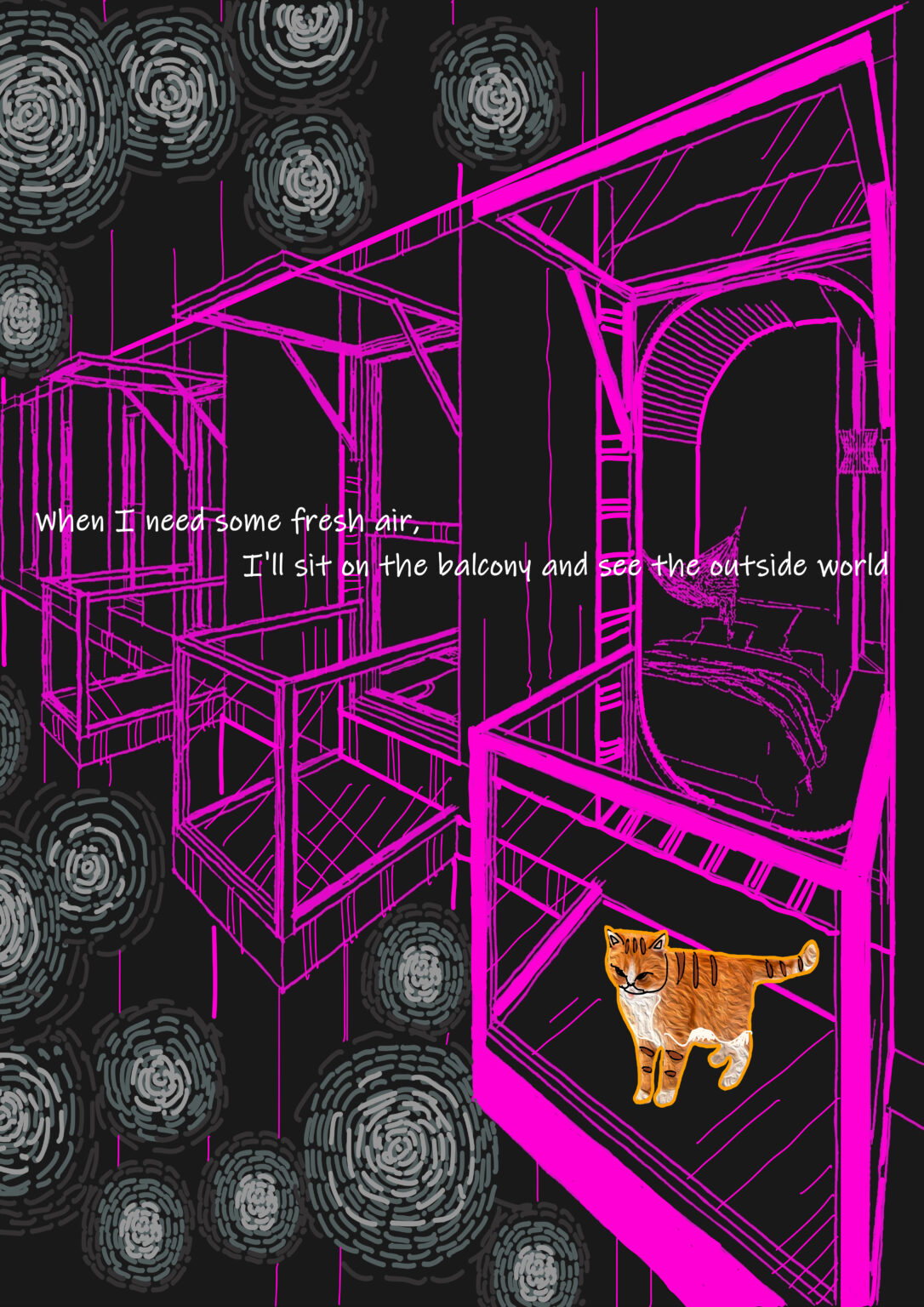 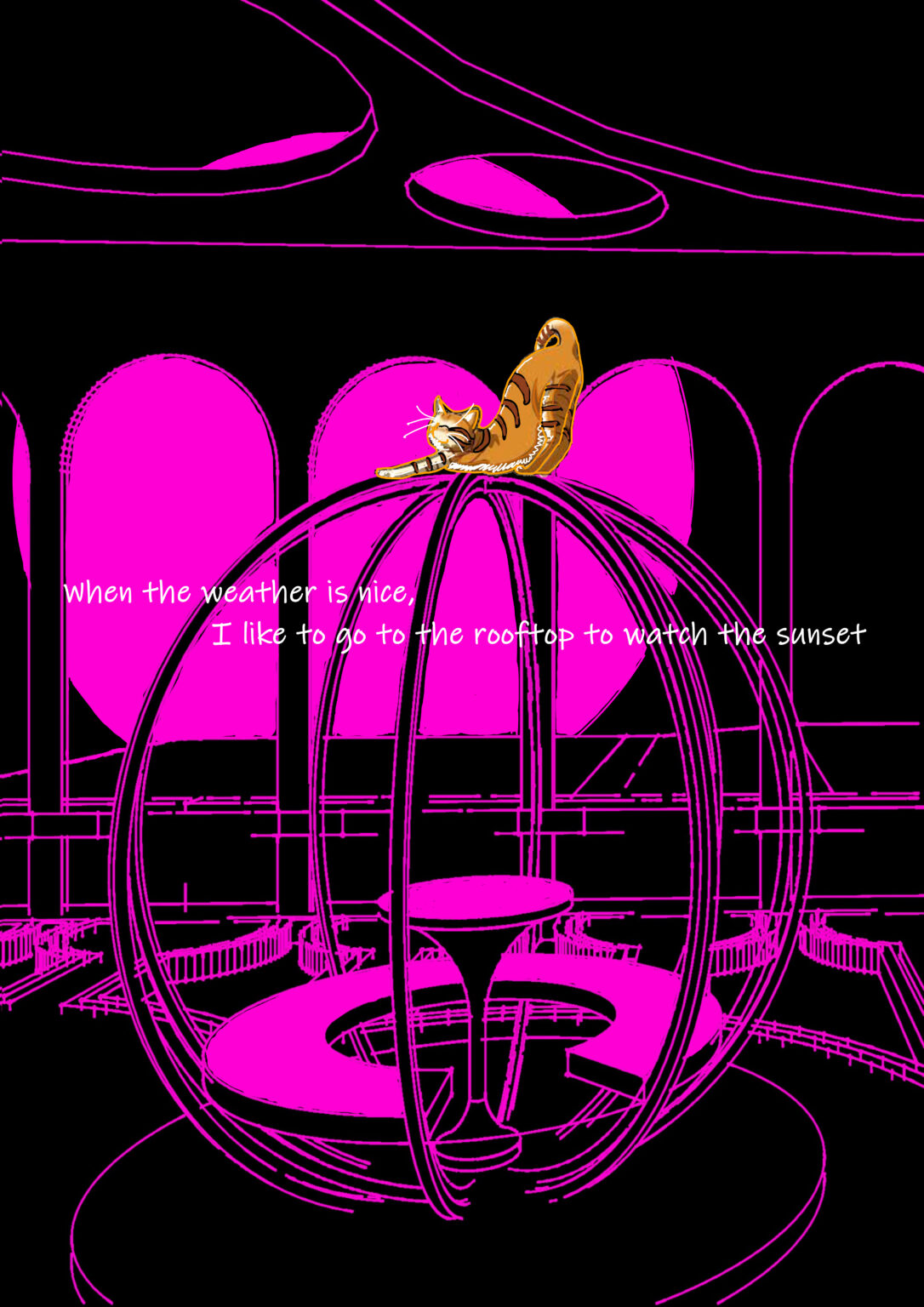 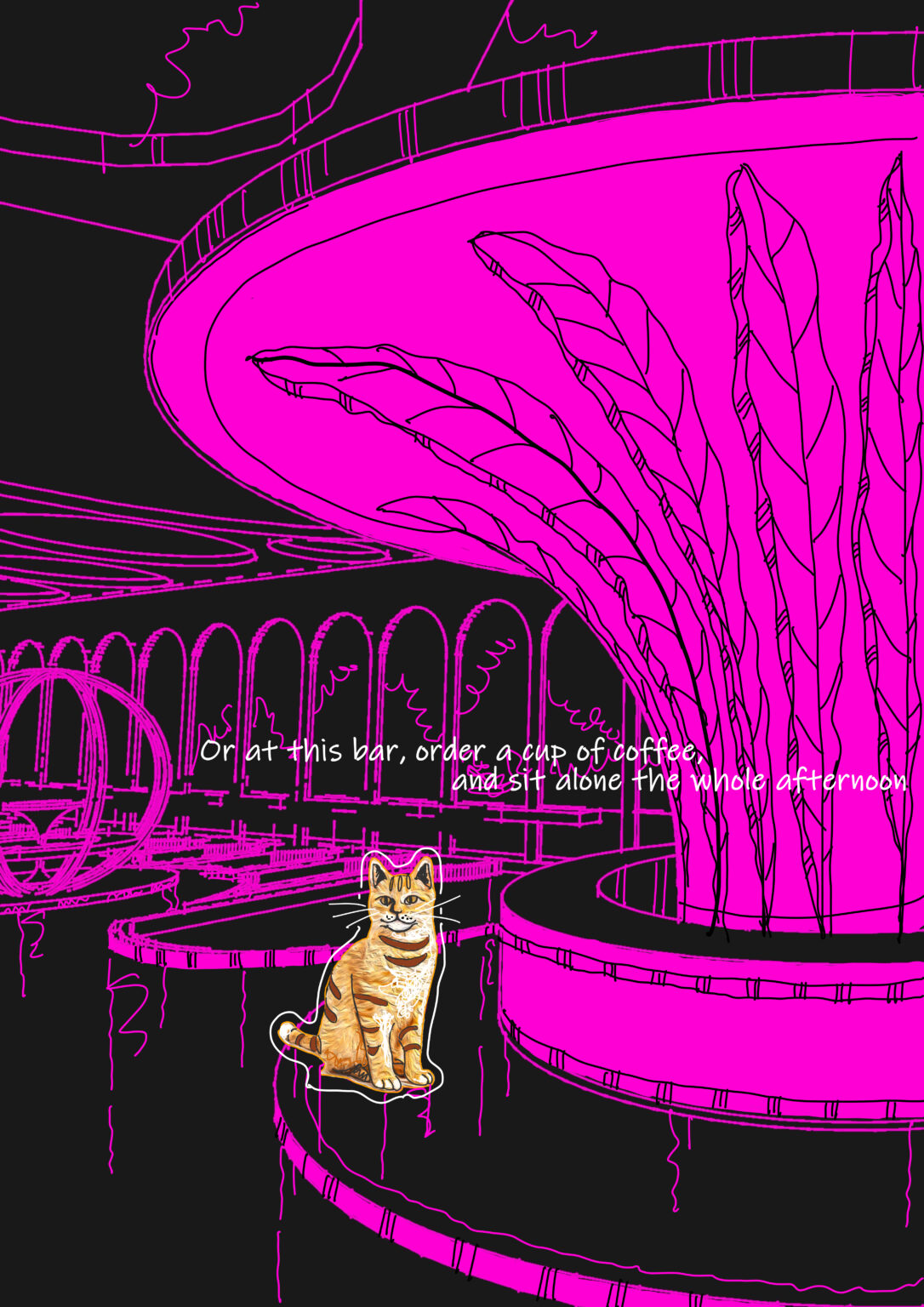 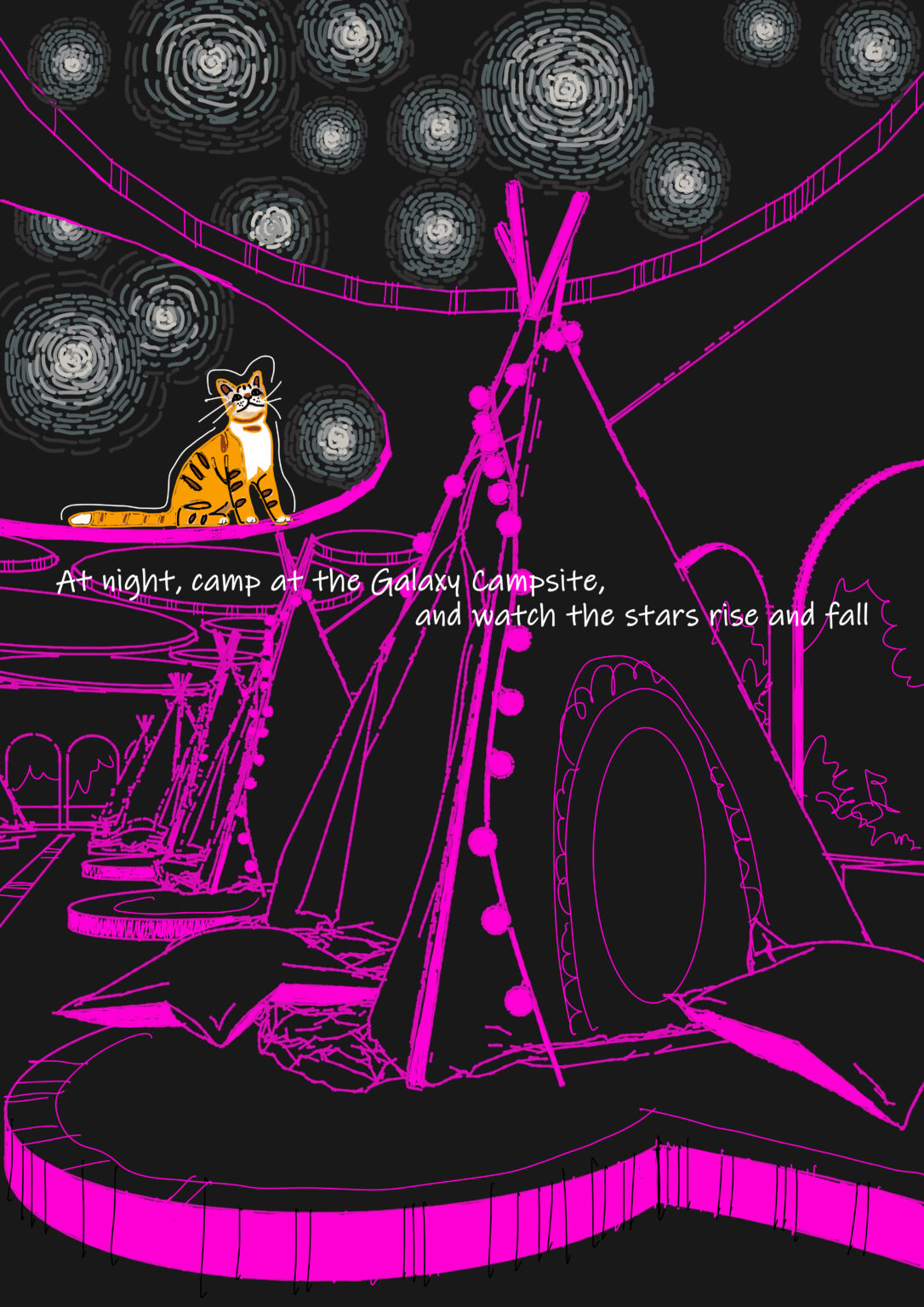 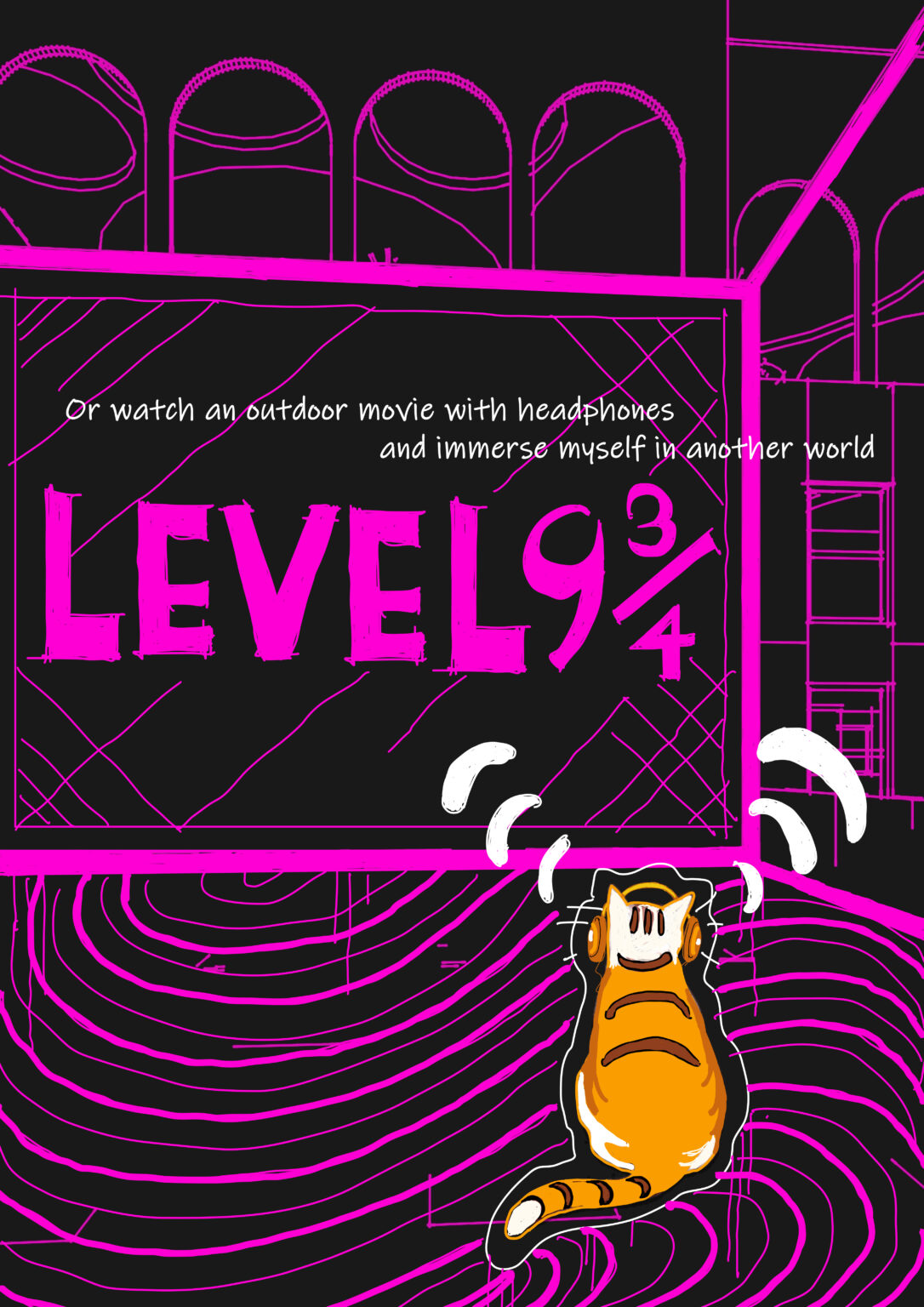 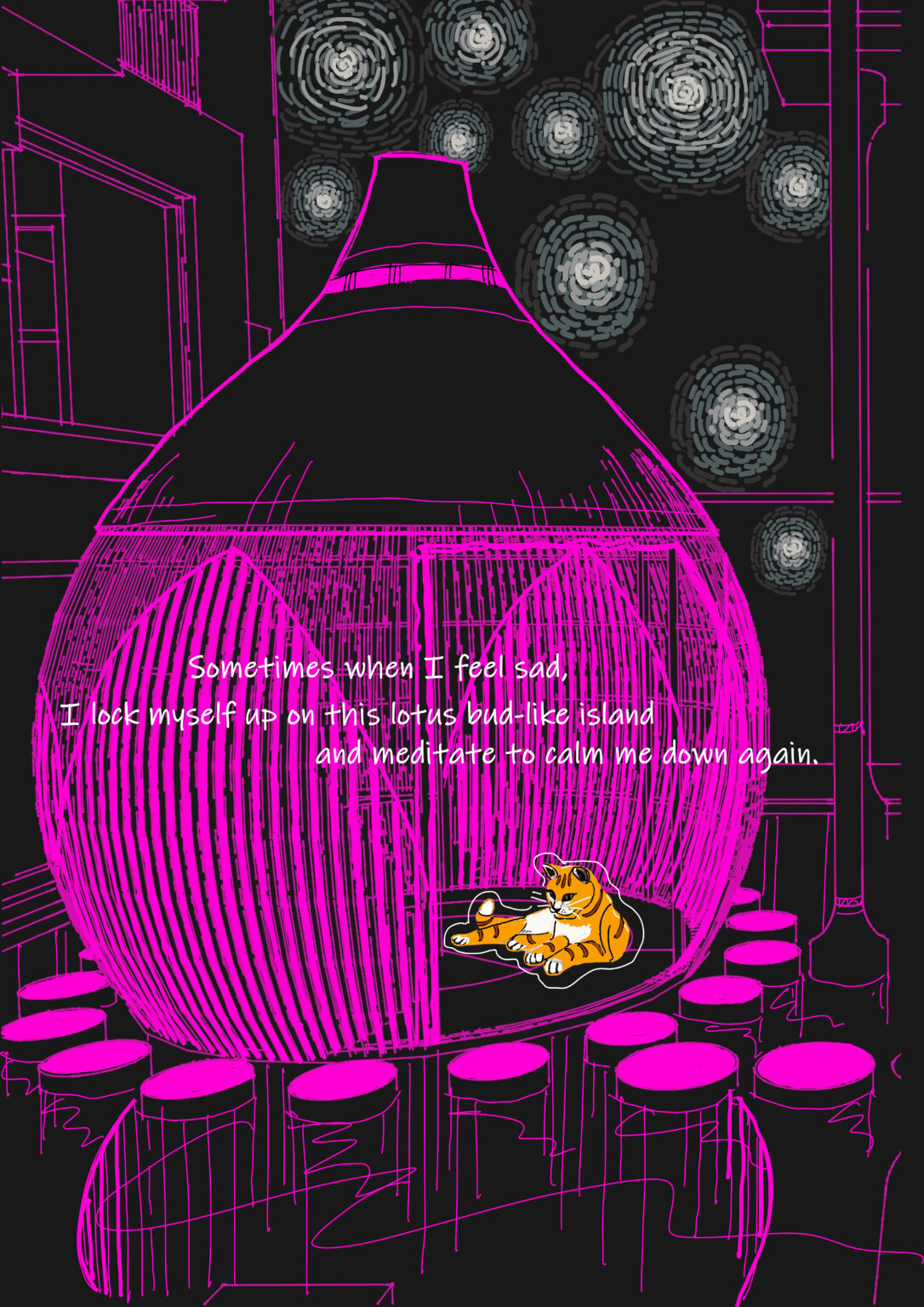 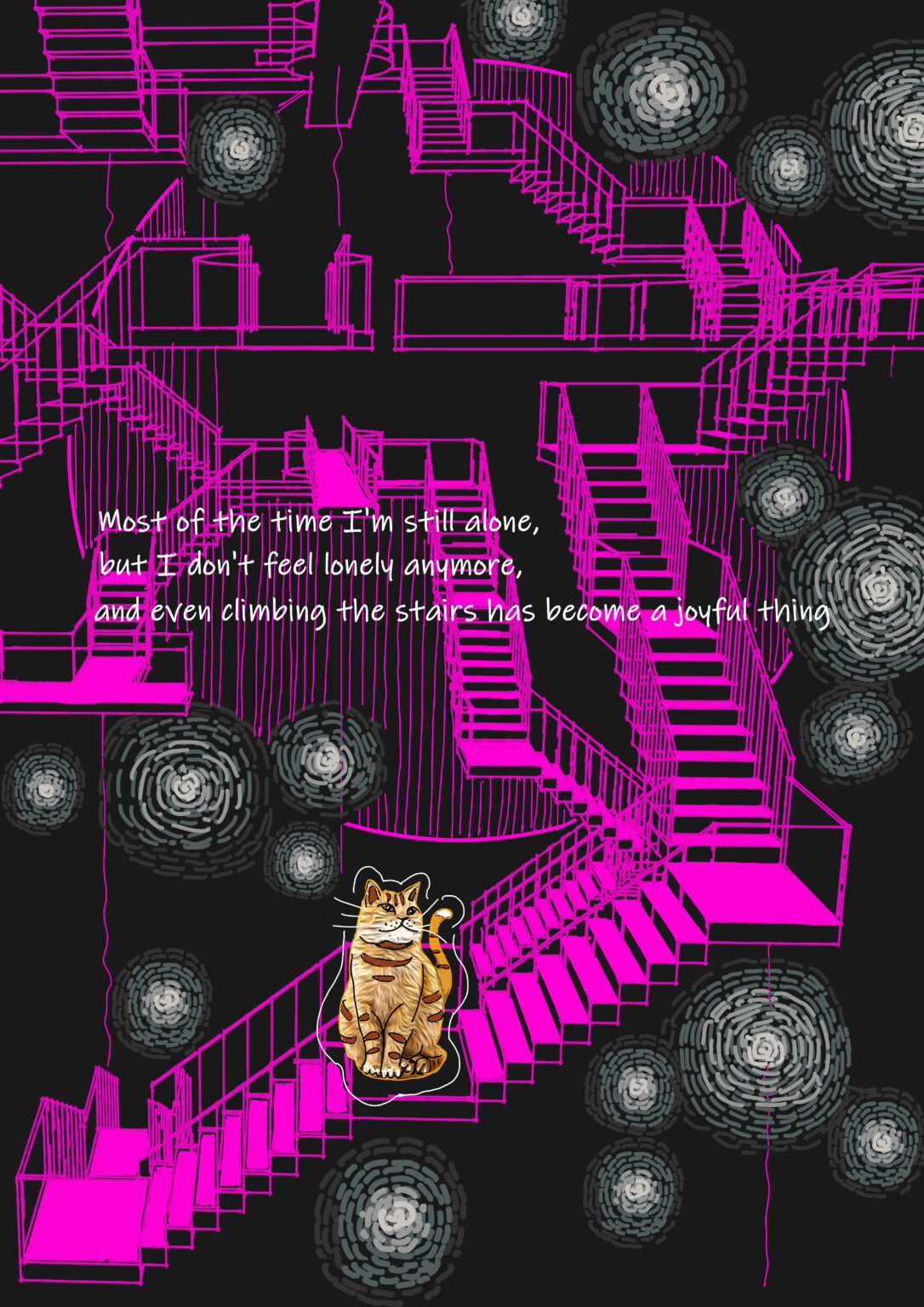 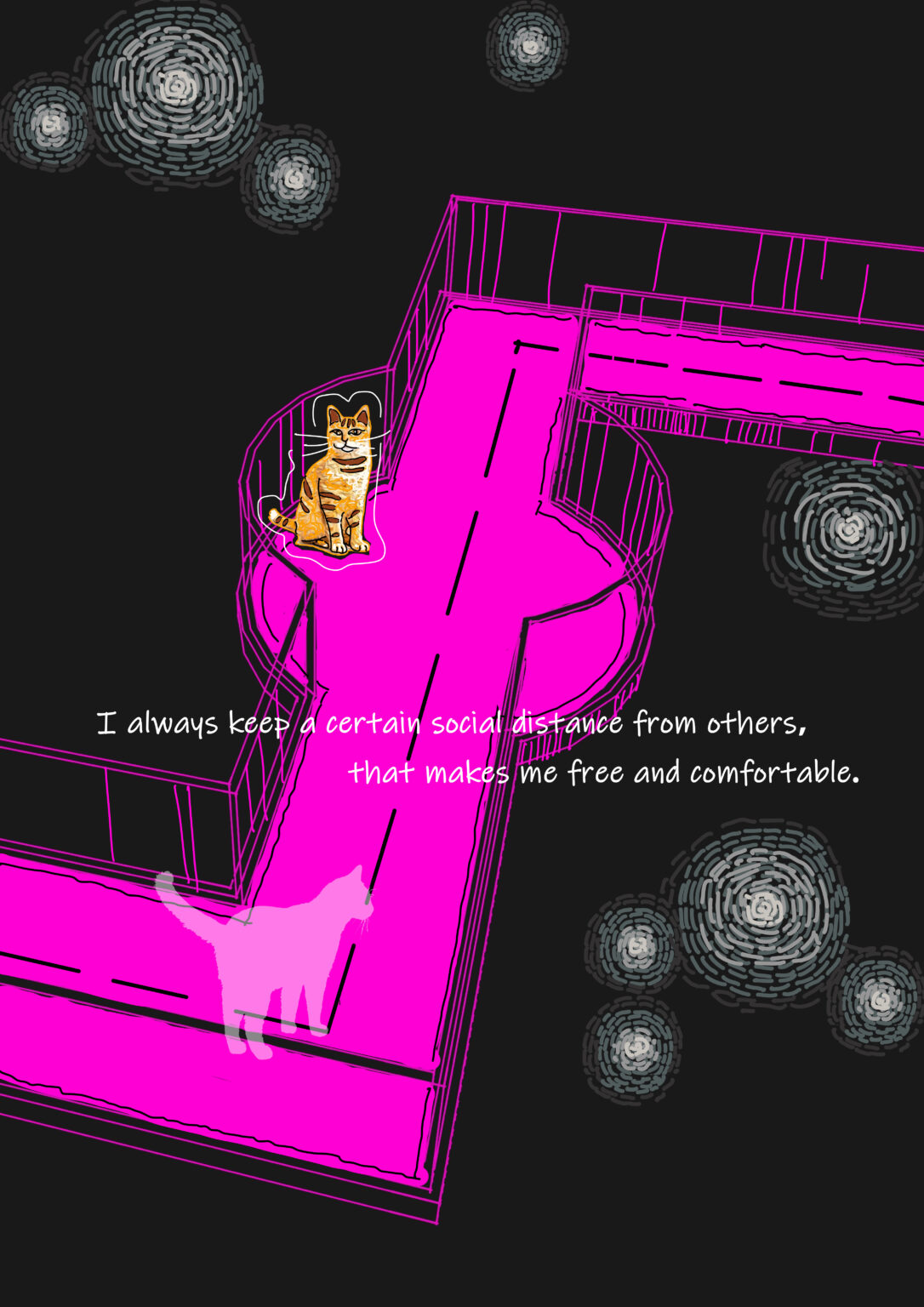 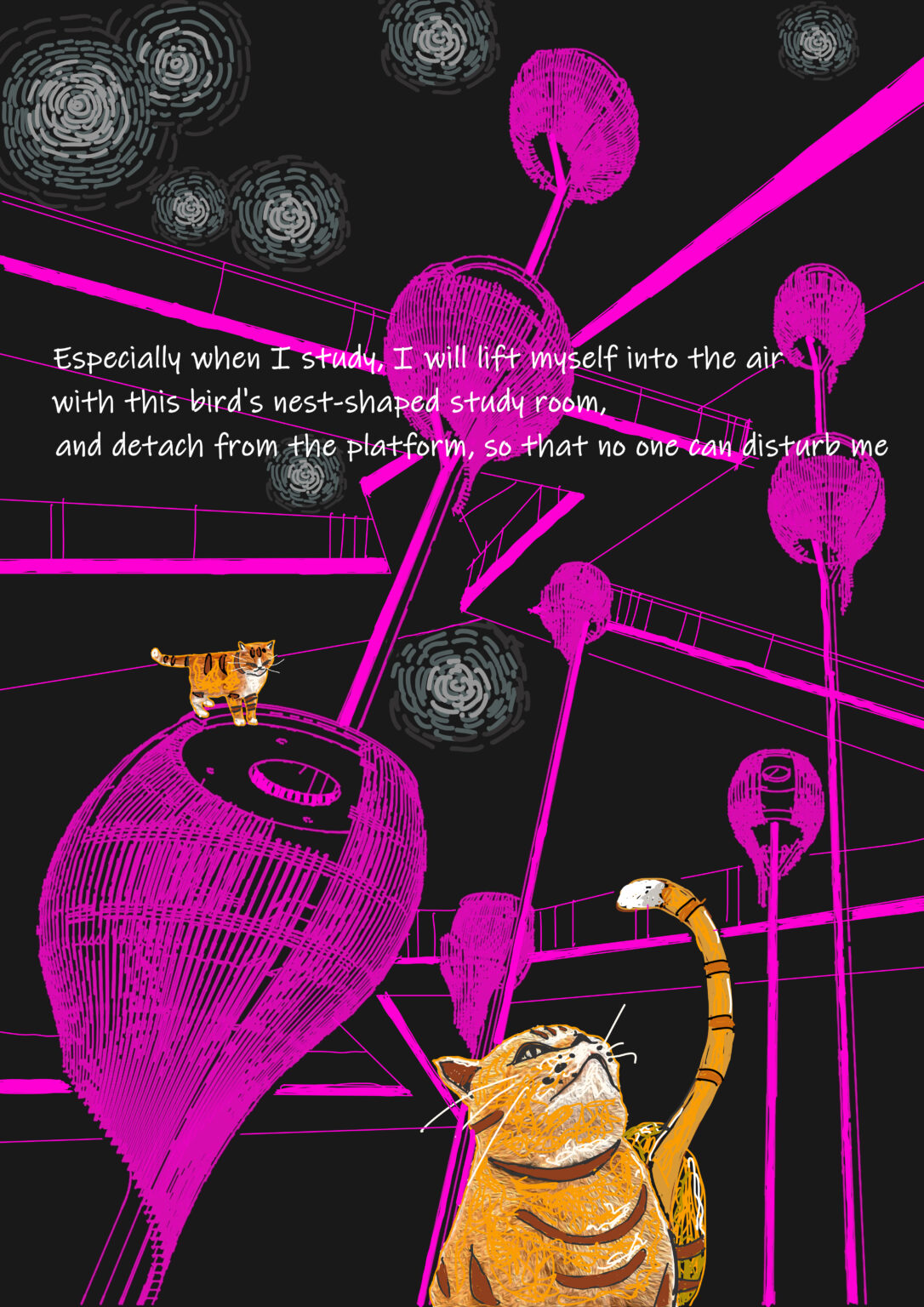 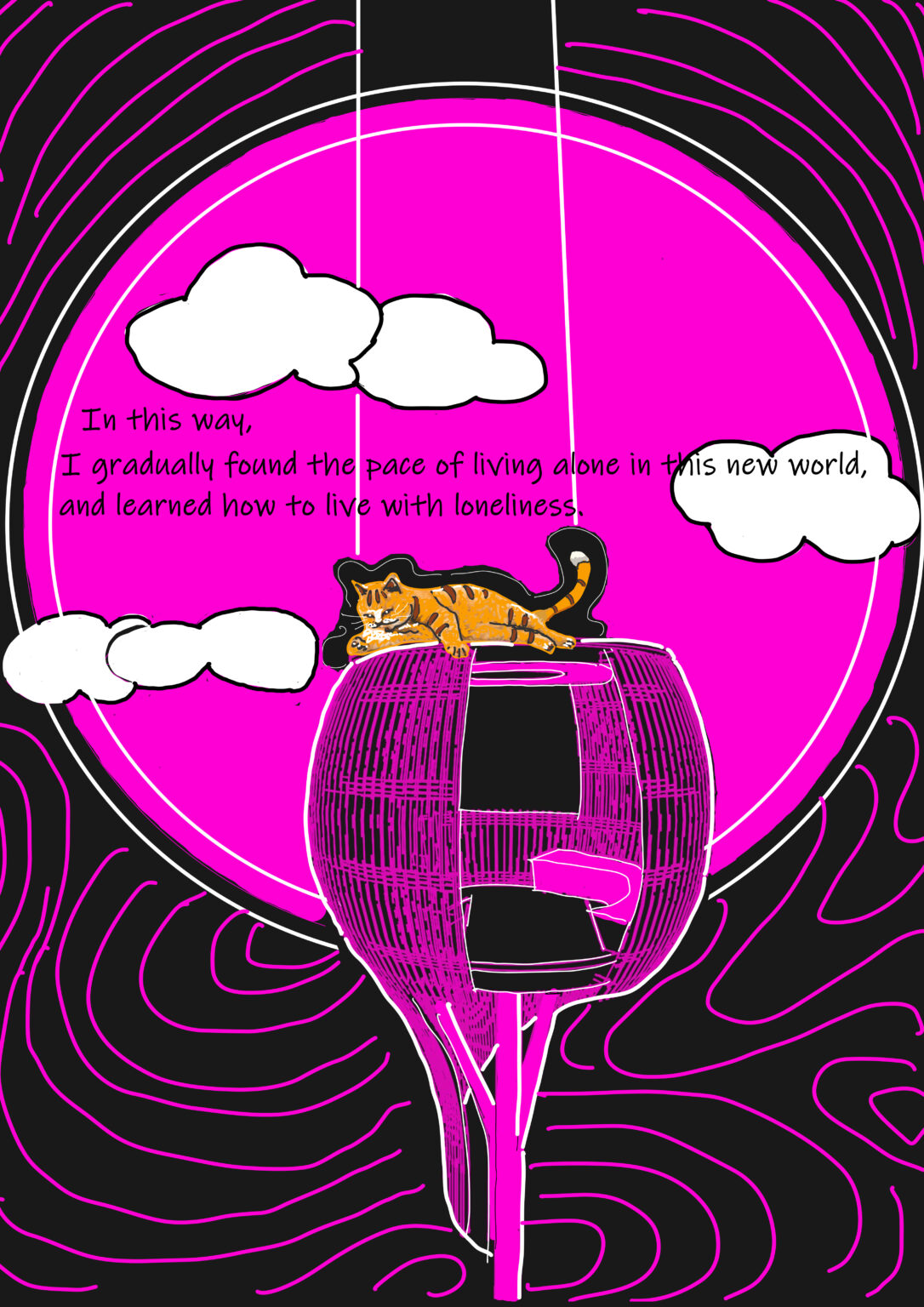 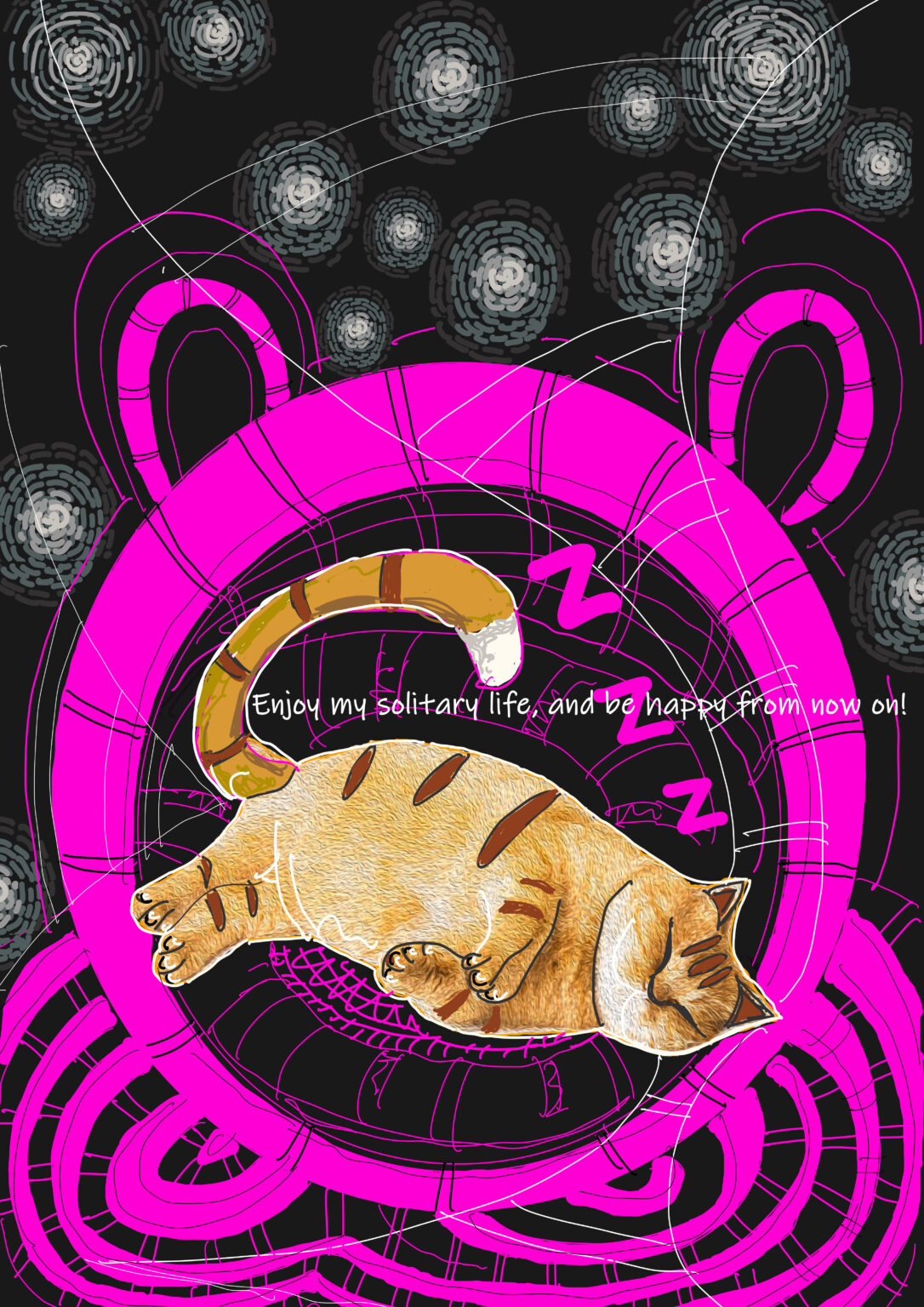