The AI woke me with a gentle chime and a pump of cortisol into my neckport; the ship was docking. I was excited. No one had met Cassandra O’Brian in person for at least a cent-cycle, let alone been invited inside her habitat, but she had insisted that I personally escort the Singer Sargent back to the Met. An original Singer Sargent! One of only three left in the system, and she had two of them, and she wanted me to pick it up. In my 87 cycles curating I had never felt so honored. My gills fluttered as I clicked the shunt into place and o-liquid sluiced through. I had spoken to her a dozen times on the sib but still, I was nervous.

I shouldn’t have worried. She was waiting for me at the airlock, beaming. She actually hugged me! I was terrified of breaking her glass torso with my exosuit (the art-grav on her asteroid was set to old Earth levels, way higher than I was used to on Titan) until she laughed and told me it was diamond plex and I couldn’t break it with a sledgehammer. Not that I had any idea what a sledgehammer was, but I instantly liked her. She was warm, and funny, and I think very lonely.

We had tea in the courtyard before she took me up to see the Sargent, an odd experience: me sipping lapsang through a pressurized straw port in my faceplate, her savoring small bites of shortbread before spitting the mush into a delicate silver ewer (a Tiffany!). A real tree (an oak, she said) stretched branches overhead, swaying gently in the habitat’s breeze, and Enceladus glowed coolly in the dark sky. It reminds me of the moon, back on Earth, she said, wistful. White rabbits hopped across the grass.

The tour through the castle was one of the best experiences of my life, truly mind-blowing. She had a Velazquez! (The old woman cooking eggs) And a Gribbon (“Real Cry [Texas]”) and an Aldridge (“Sonnet Eyes”)! On the roof there was a sundial that she said was over five thousand standards old, from Egypt (“Not that it works here, of course,” she complained), and she took me into a tiny room, dim like a shrine, with a single pebble resting on a cushion in a glass case. The Makapansgat Pebble, she said, hushed and reverent. I’ll admit I cried.

We stood in front of the Lady Agnew for a long time, just looking, in that kind of silence you can only have with a real friend. Perhaps I flatter myself, but I felt like we had become real friends. After a while we packed the Lady into her floatcrate together, and she slowly walked me out, clearly taking her time. I paused in front of a portrait of her I hadn’t noticed during the tour (a Thorn masterpiece) and she smiled. “You know I have a portrait of my old body, too,” she said, a little too casually. I caught a glimpse of a tiny silver tube snaking out of her frame to suck up a tear as it welled from her eye, and her voice got just a little hoarse. “I don’t look at it much.” 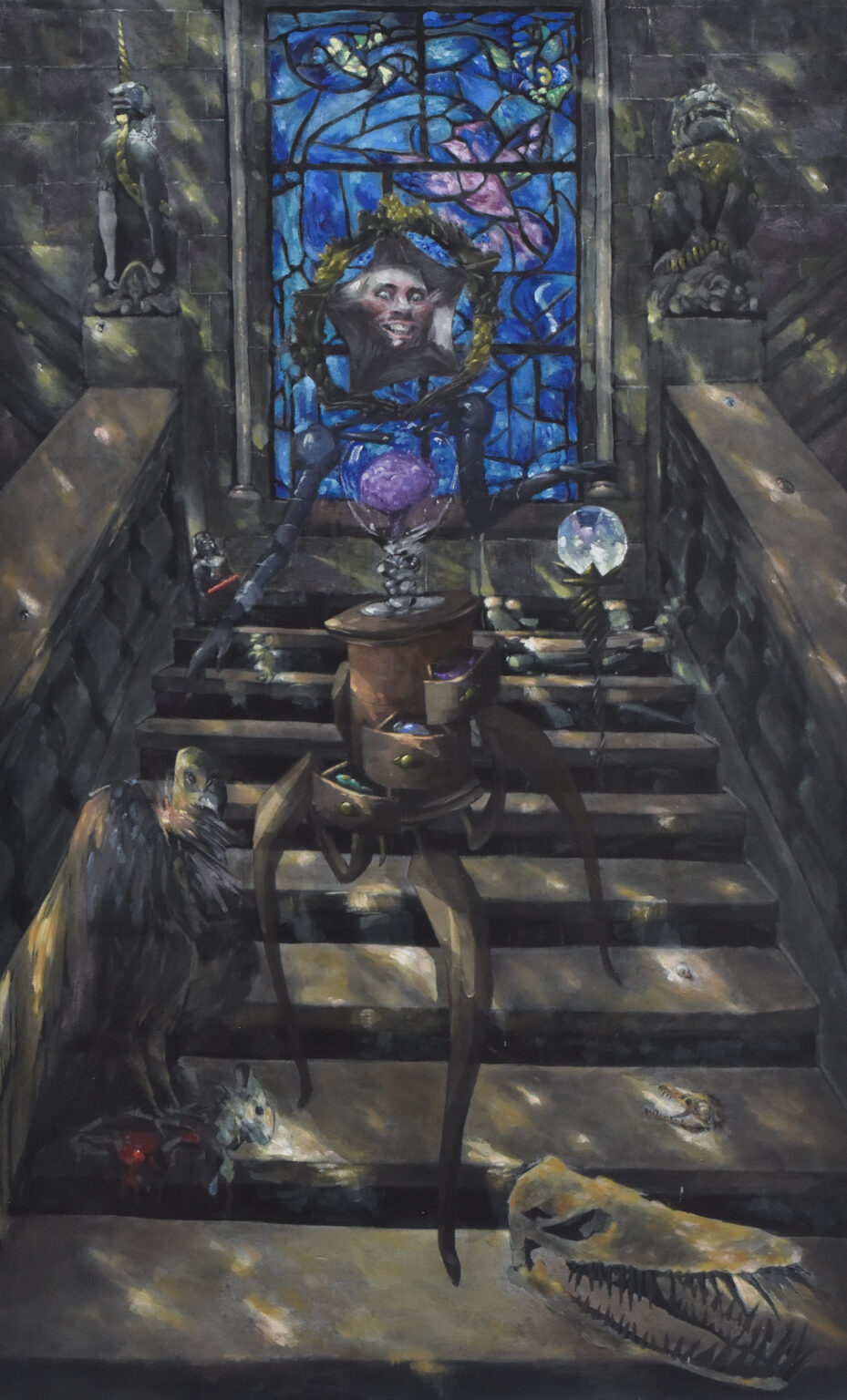