Across the globe, recording breaking lethal temperatures, fatal floods, droughts, and aggressive wildfires are wreaking havoc on the world’s natural environments. These catastrophic events mark the beginning of the impending climate and ecological emergency. The climate breakdown linked to these events has been identified by the United Nations as the defining crisis of our time. High concentrations of carbon dioxide from anthropogenic sources such as, the burning of fossil fuels, deforestation, and cement production are causing the planet to warm to a catastrophic temperature (CO2 Human Emissions, 2020).

We need to take action to mitigate this crisis. The human impact on Earth’s ecosystems has become devastating – but, it doesn’t have to be. If we reimagine our relationship with the natural world, similar to the connection with the more-than-human established by Indigenous communities for generations, I think we can both thrive in a truly sustainable way. Significantly, Indigenous communities around the world protect 80% of the world’s biodiversity, though they only constitute 5% of the global population (Raygorodetsky, 2018). However, as argued by Sherri Mitchell, a Native American attorney, teacher, activist, and change maker, “under colonial regimes, the voices of those on the fringes of society or living completely outside the colonial system have been silenced or ignored” (Mitchell, 2020). Therefore, with this project I analyzed the historically dismissed Indigenous ways of knowing to create a proposal for a speculative design of a residential area in a city built to mitigate the climate crisis and foster true sustainability.

Capitalist societies which are propagated by the dominant western worldview have created a culture of compulsive overconsumption and fabricated demand. For the capitalist machine to continue to function, the natural world is overexploited, in some cases to a breaking point. This conquest of nature for the sake of progress and development hinges upon the belief of human exceptionalism, which asserts that humans are at the top of the hierarchy of Earth’s species and considers everything non-human as inanimate and without agency. This perspective fosters greed and the commodification of the nature. The accumulation of wealth obtained from this practice creates a consumer society that recognizes the presence of scarcity, which in turn creates competition and promotes the idea of unmet desires. These systems perpetuate the production of waste and pollution for the sake of profit margins and the accumulation of wealth for personal and/or corporate gains.

However, Indigenous worldviews articulate the antithesis of the Dominant Western worldview’s conquest of nature. Where the Dominant Western worldview sees the land as existing for the benefit of humans, Indigenous communities view the land as a sacred gift and the sustainer of life. They live with a for respect natural law and give animacy to the more-than-human elements of the natural world. Indigenous communities around the globe have traditionally acknowledged that all life is sovereign and interdependent, and that all elements of creation (including humans) have the right and responsibility to exist as equals within a shared system (Mitchell, 2020). This worldview decentres humans and acknowledges them as having a participatory role in maintaining the wellbeing of the land. This fosters a reciprocal and regenerative relationship between humanity and the more-than-human. Similarly, the acknowledgement of wealth of resources for the benefit of the community cultivates collectivity and a recognition of abundance that leads to the sharing of resources, and in turn the creation of less waste.

Nevertheless, with the escalation of the global population, land expansion from urban growth is having a direct effect on natural habitats. According to scholars, we are living in the urban century (McDonald, et al., 2018). It is estimated that “more than 2.4 billion additional residents are expected in the world’s cities and towns by 2050” (McDonald, et al., 2018). Consequently, these concrete jungles are fueling the climate breakdown. Cities are responsible for consuming 78% of the world’s energy and producing 60% of greenhouse gas emissions, though they only account for 2% of the Earth’s surface (UN Habitat). But, urban sprawl has not proven to be a more sustainable alternative. A UC Berkeley study has found that “suburbs account for half of all household greenhouse gas emissions, even though they account for less than half the U.S. population.” It is evident that we need to reimagine what the density of urban life should look like, in a way that does not promote the climate and ecological breakdowns caused by anthropogenic activity.

My proposal is based on a Scottish landscape, as Indigenous communities who have stewarded the lands of colonized countries for centuries, already know how to support and maintain those ecosystems to thrive. The city model of a residential area demonstrates a space in which the natural environment is the key stakeholder. Citizens live amongst and care for green spaces such as gardens, crops, and food forests. The expansive green spaces in the city not only stimulate a non-exploitative relationship with the environment but can also sequester carbon in trees, vegetation, soil, and water to mitigate the climate breakdown. This residential space sits within a walkable city, which favours pedestrian traffic and biking over the use of fossil fueled vehicles. To promote regeneration within the city, agriculture is integrated to urban areas with grazing sheep to promote soil regeneration to sequester carbon and encourage healthy soils to support crop growth and provide food for inhabitants. Renewable energies such as wind power, among others, provide all necessary power, without destroying the Earth while making use them. This model demonstrates the evolution of the way we can live in urban spaces. And ultimately substantiates a way of life that allows us to view the more-than-human as an entity of the global community that we have a responsibility to care for.

Dunne + Raby, who popularized the concept of speculative design, argue that “design speculations can act as a catalyst for collectively redefining our relationship to reality.” My hope for this project is that it can convey the possibility of a future where we have redefined our relationship with the natural world. I believe a nature focused approach can allow for breakthrough innovation as it empowers us to think outside of the scope of the status quo that is perpetuating the climate breakdown. Moreover, my aim is that this project will foreground the opportunity to bring Indigenous communities to the table to share their traditional knowledge on how to foster a reciprocal and regenerative relationship with the more-than-human that will ensure we have a future on Earth. The outcome I came to is just a starting point. It opens the door to examine the larger scope of the city and can be transferred to other systems and spaces that comprise a city environment. 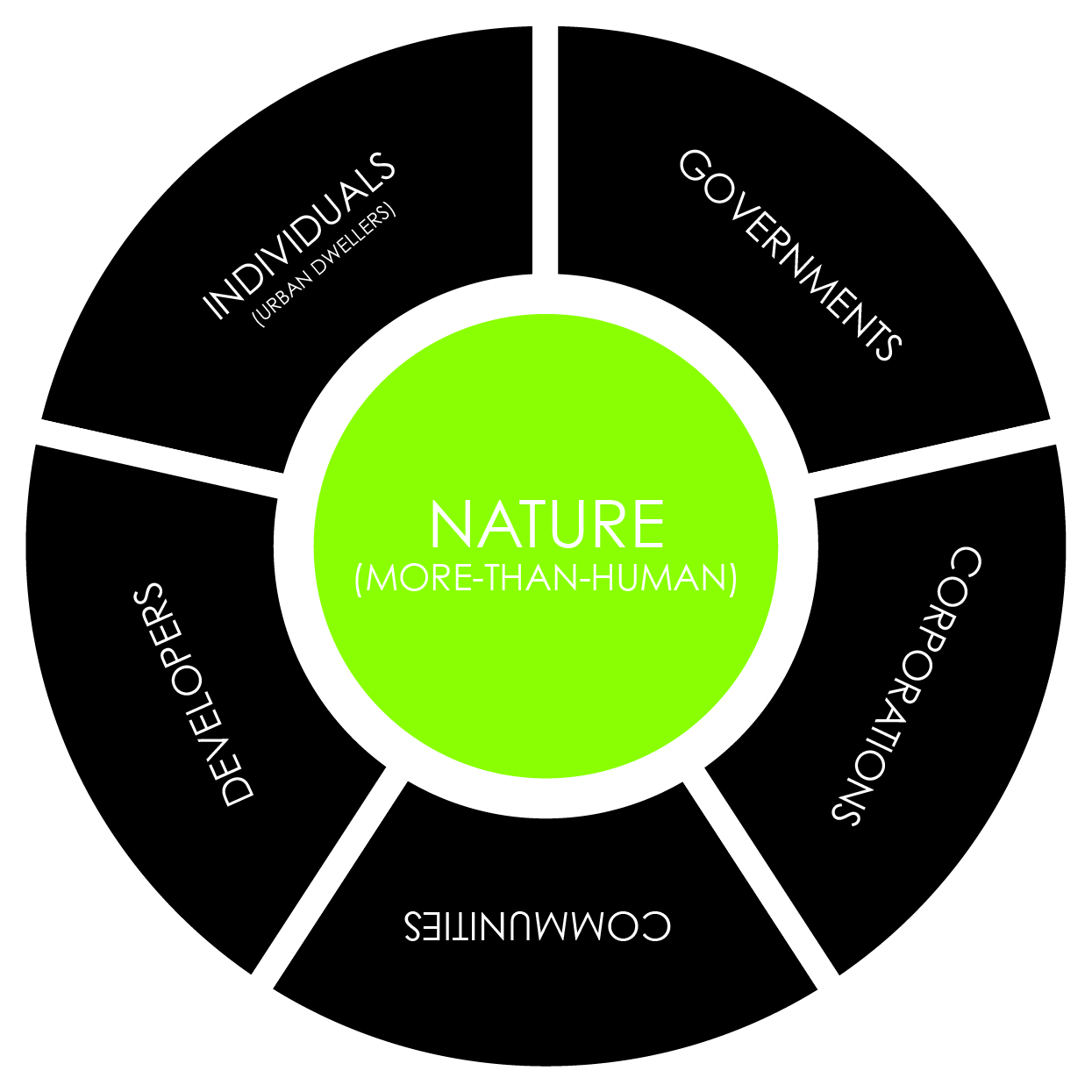 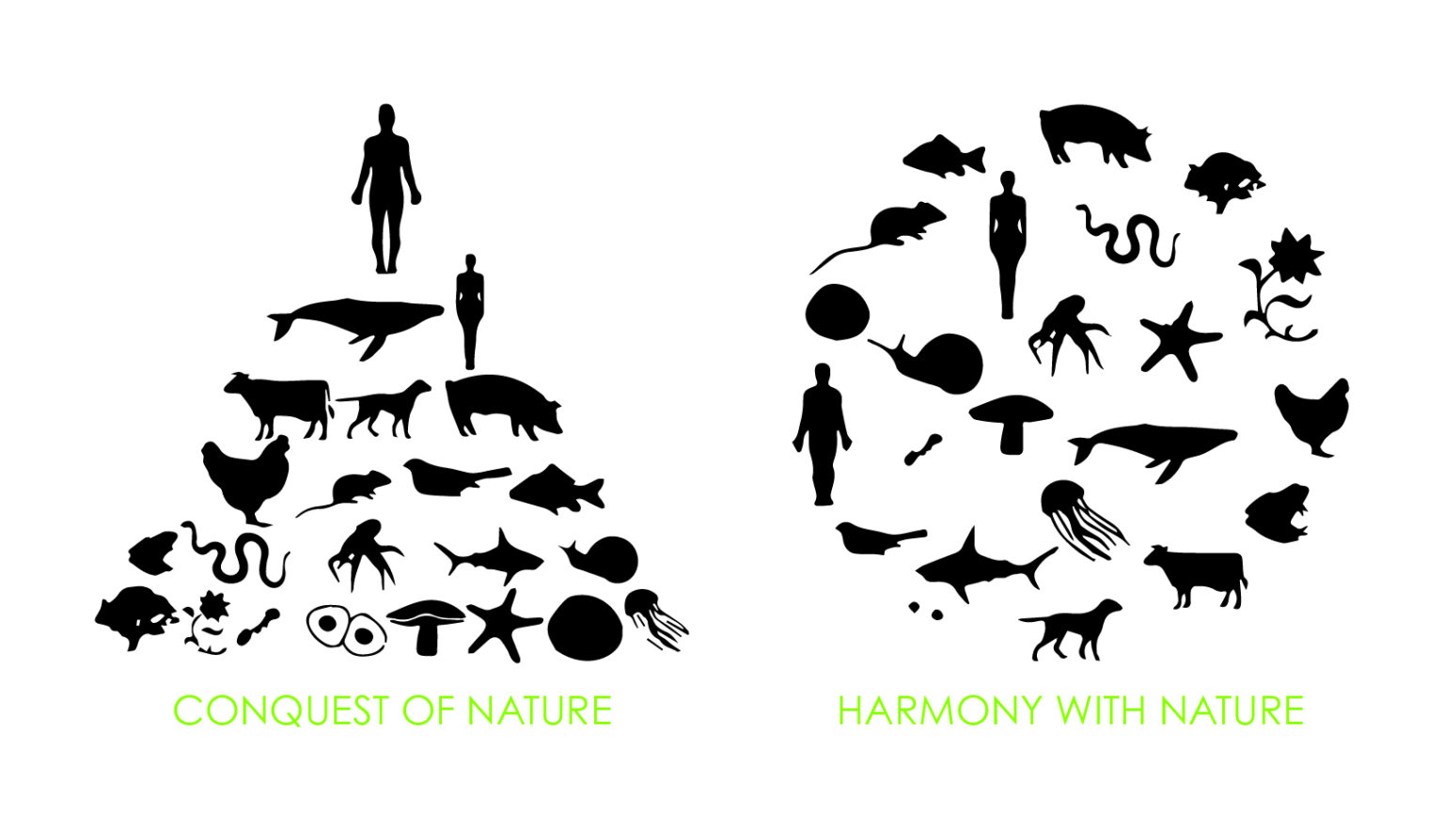 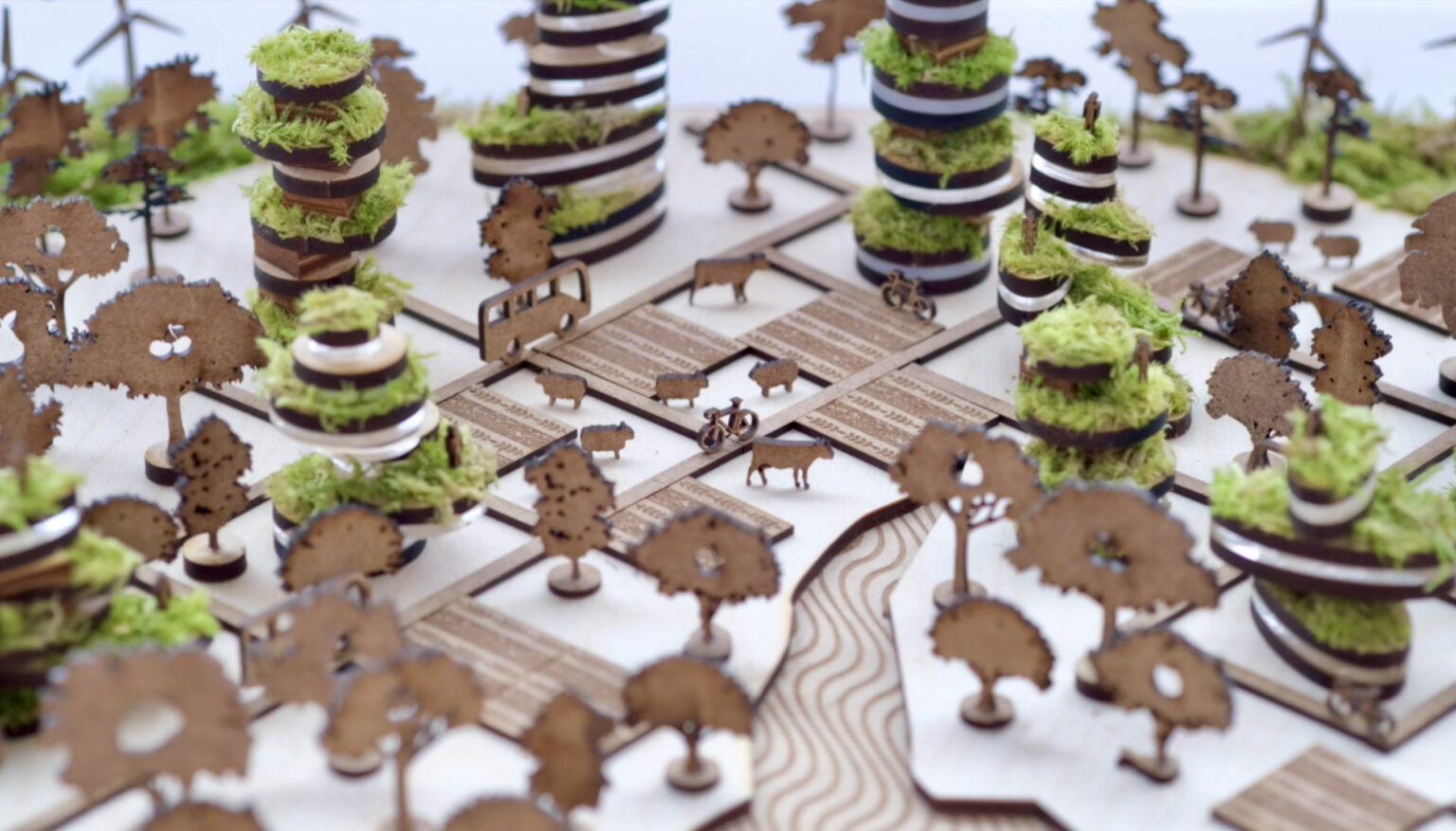 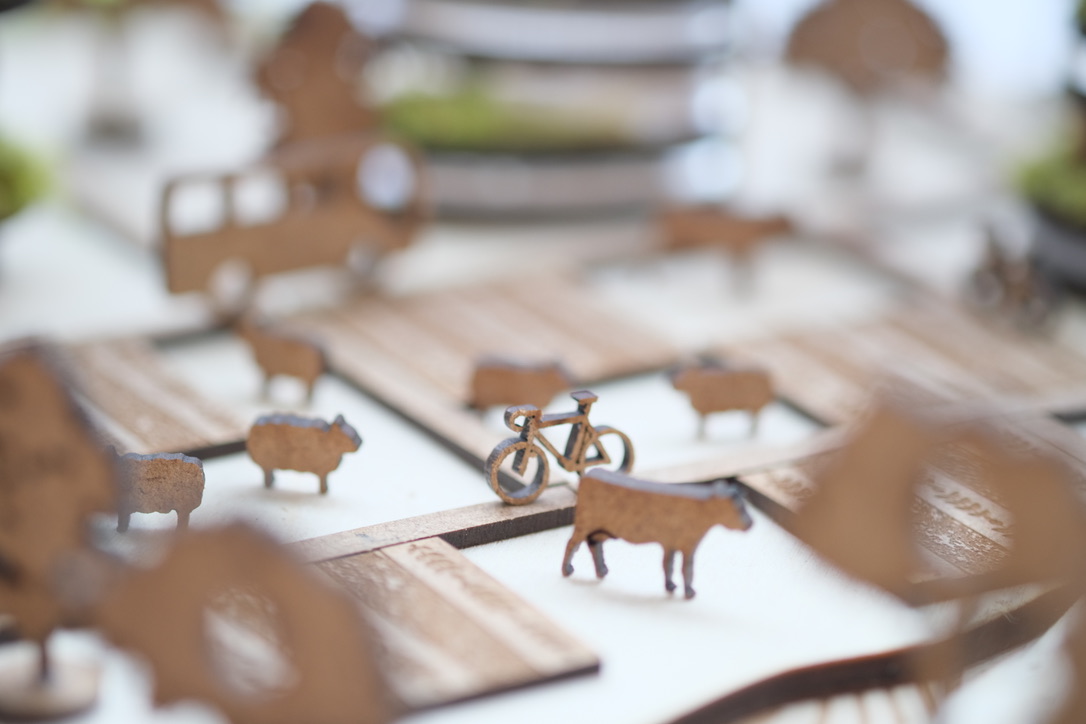 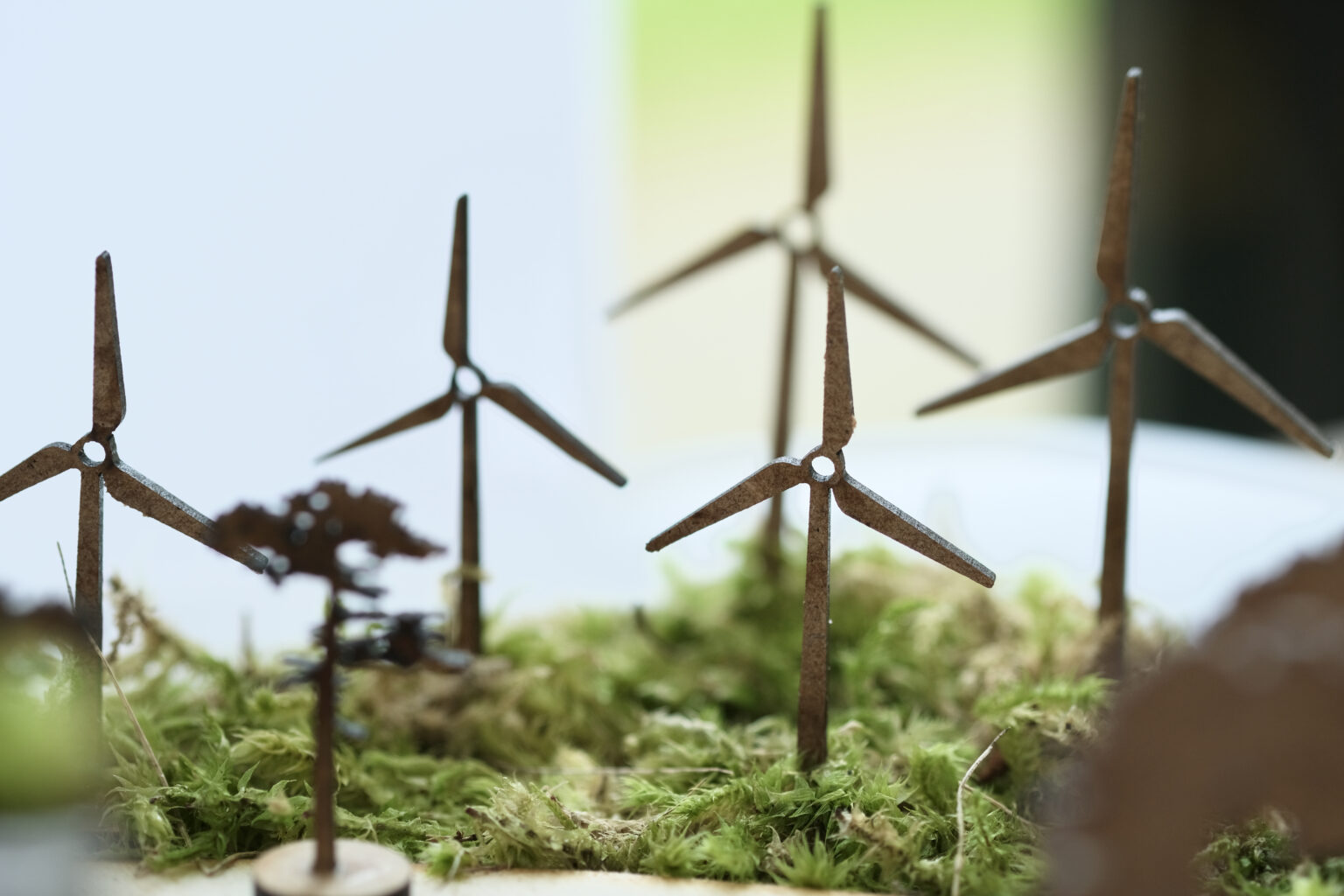 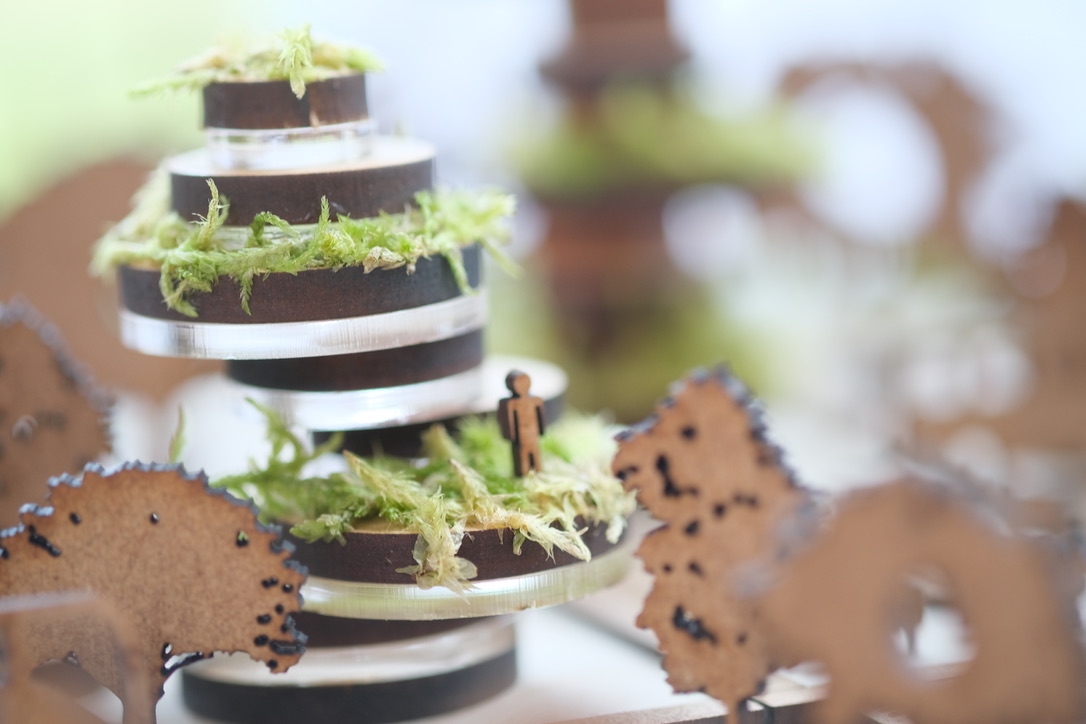 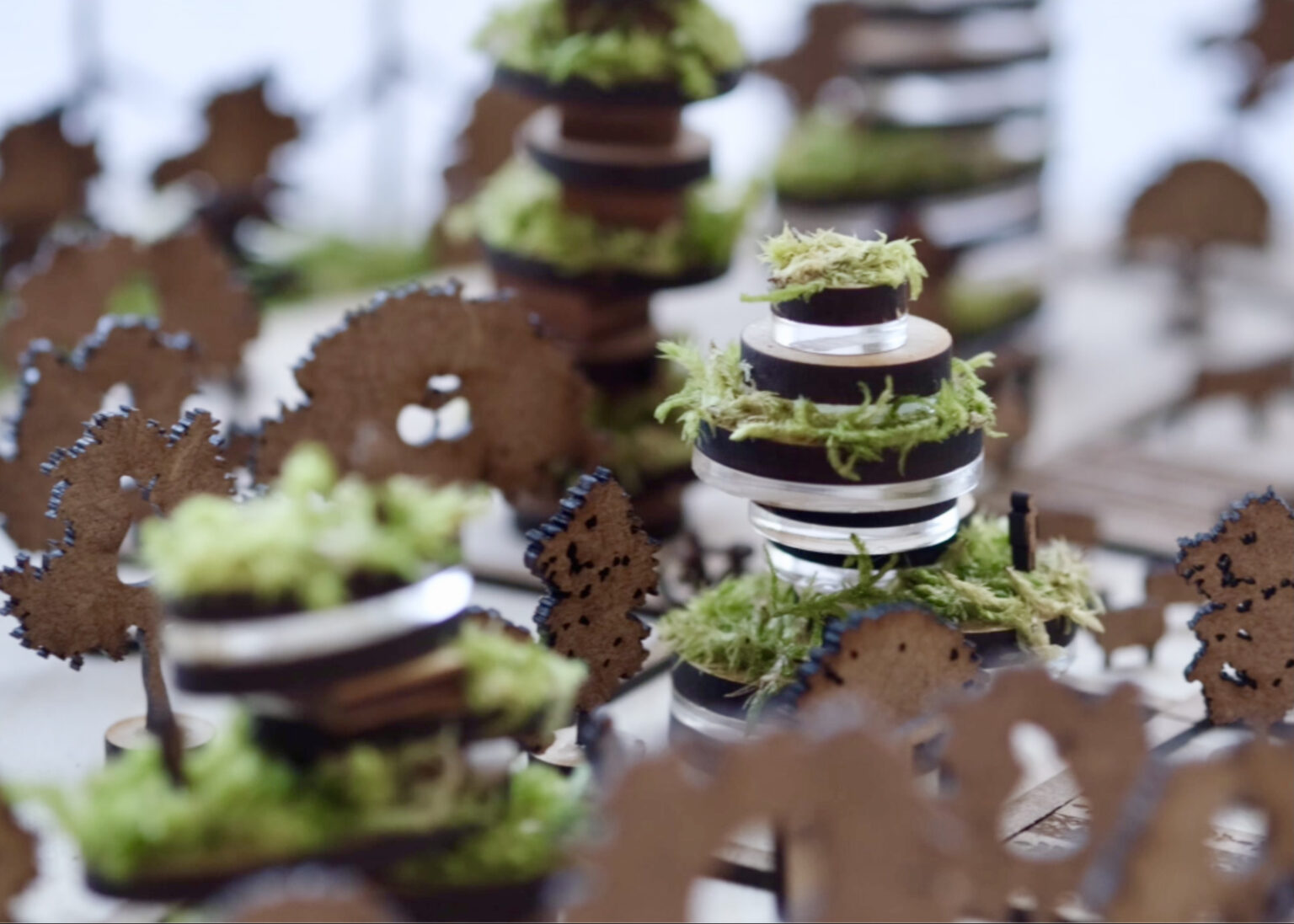 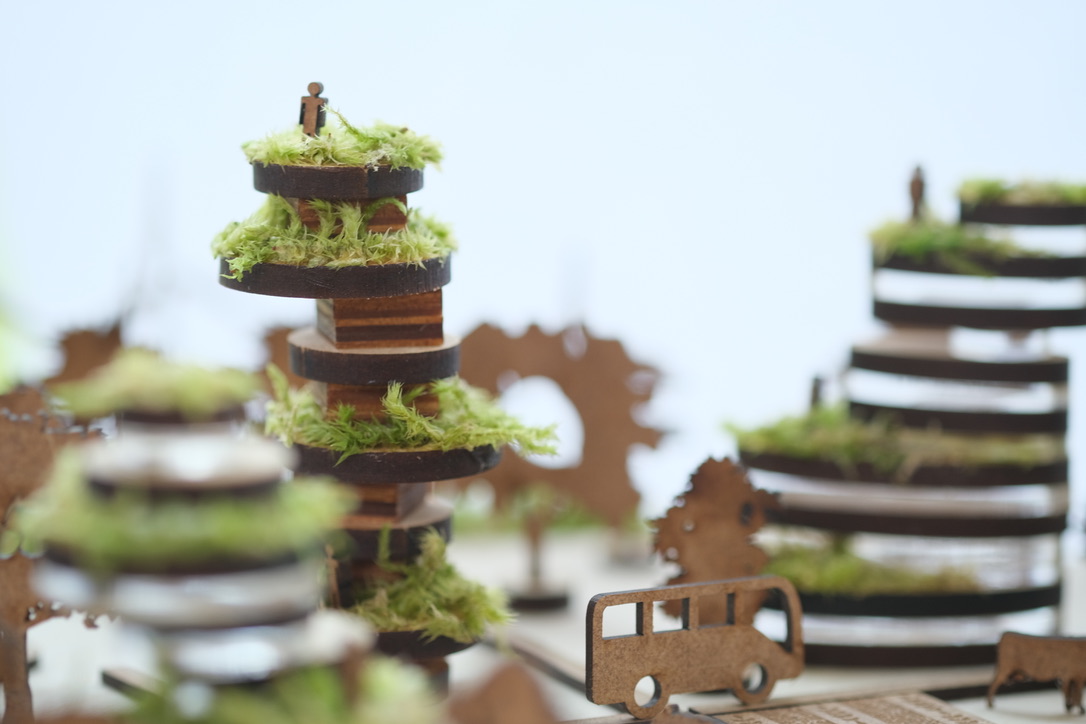 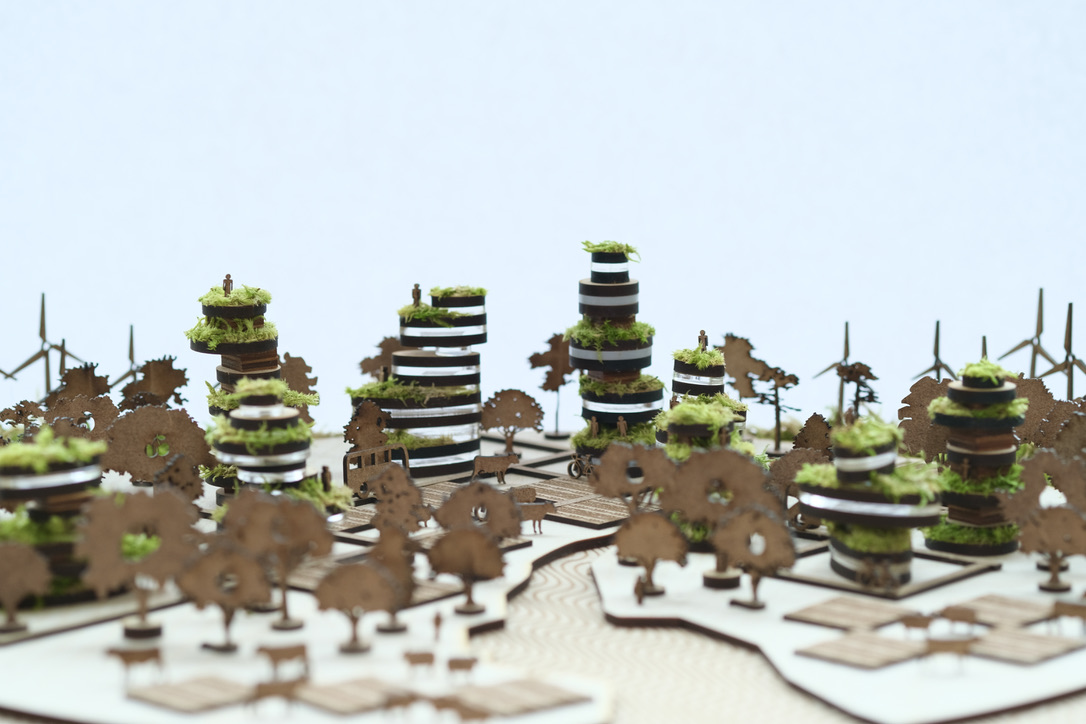