In the course of my research into a sonic experience, I have developed a lexicon of symbols that combine with intuitive mark-making to document my observation. I created a number of experimental sculptures accompanied by oil paintings on wood along with drawings. Each work looks as if the sound that passed through it has formed its contour capturing the spiritual and metaphysical effect of sound on the body. I also recorded the sounds of making a painting in my studio. I used these sounds to create a soundscape. I thought if the sound was an object, what form would it have? The painting process, in some sense, is similar to making music. I have been fascinated by the theory of sound and its possibilities. During my endeavour, I was trying to align a visceral and audible relationship between sound and colour.

Thanks to the aural approach capturing dimensions of sound, I made several wire sculptures, each embodying varying degrees of movement. They resemble the avant-garde graphic scores and have been altered in shape, colour and size. The use of wire invites a delicate and tactile experience of the idea of sound. The craft itself lay in the design of the electronic circuits and associated hardware necessary to develop a visual system. The colour parts (made of play-doh) resemble ceramic pieces, which are greatly used to amplify sound.

I have considered simplifying the painting composition. I decided to downsize the original canvases. I have moved to a small painting on wood, keeping the multipanel approach. I looked into suprematism and colour field painting. Hence, I narrowed down the aspects included in the composition. I employed more dynamic forms, repetitiveness. I would stain the board first and add marks later. I began experimenting with the structure adding interesting lines, fields and swaths of colour. I engaged with the intricate spatial movement that Stockhausen used in his compositions, focusing on shapes and chromatic forms. I approached the concept of abstraction employing varying combinations of process, expressiveness and chance. I used sublayers of colour, focusing on quantity, consistency and placement of paint. Setting up the painterly syntax was almost like setting up the language. Avant-garde music scores highly supported the process and my work. 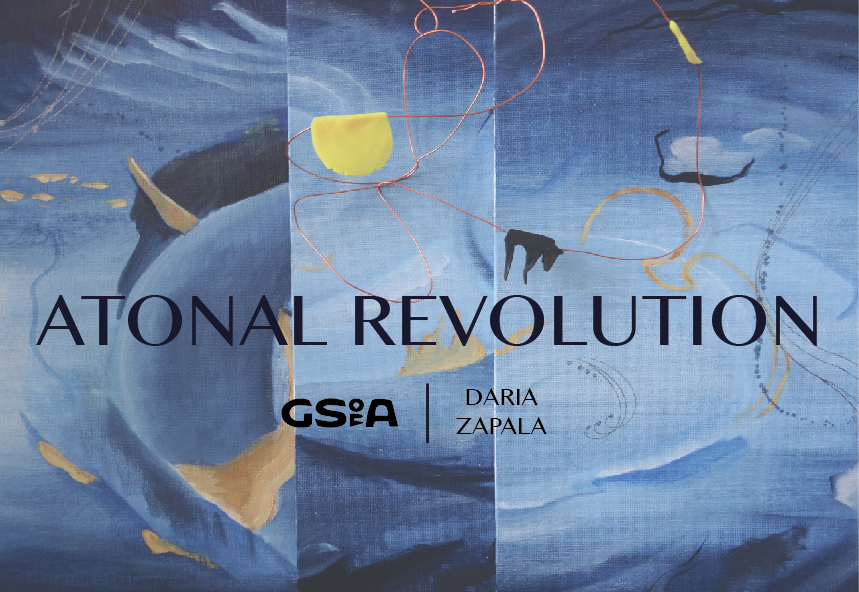 “Atonal Revolution” represents the potential of aural in Zapala’s work. Intricate wire sculptures accompany oil paintings on wood, and drawings highlight the difference between thinking about sound in space and representing it. The dialogue between these various approaches creates a cacophony of embodied sound. “A lot of work came from a natural fascination with sound, the kind of symphony around us that we can’t plug into because it’s below our sensory capabilities as human beings. I become interested in how I could make these invisible forces palpable. The sound becomes an aesthetic and visual concern in work.”
1 of 9
Previous Next
Close 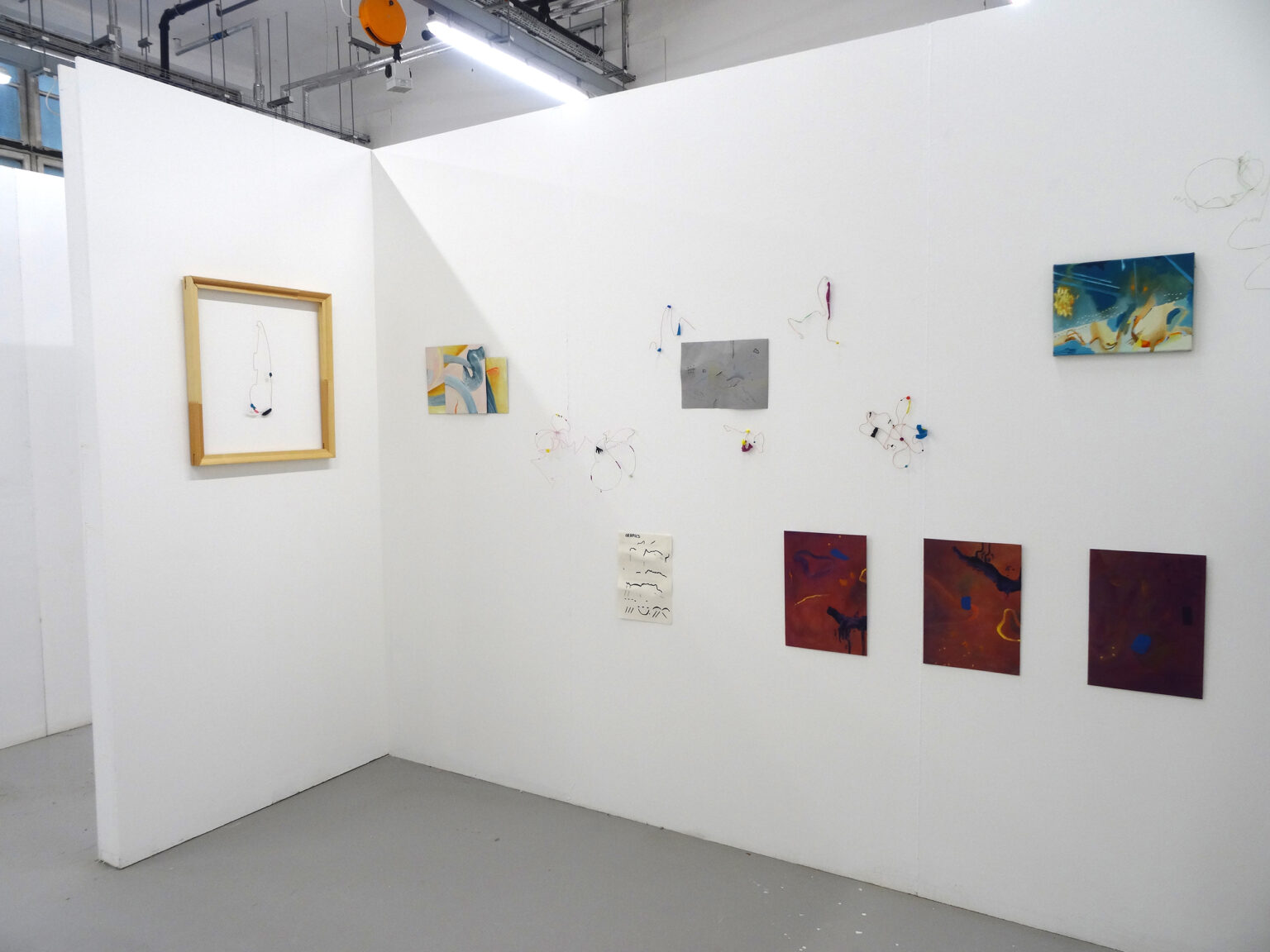 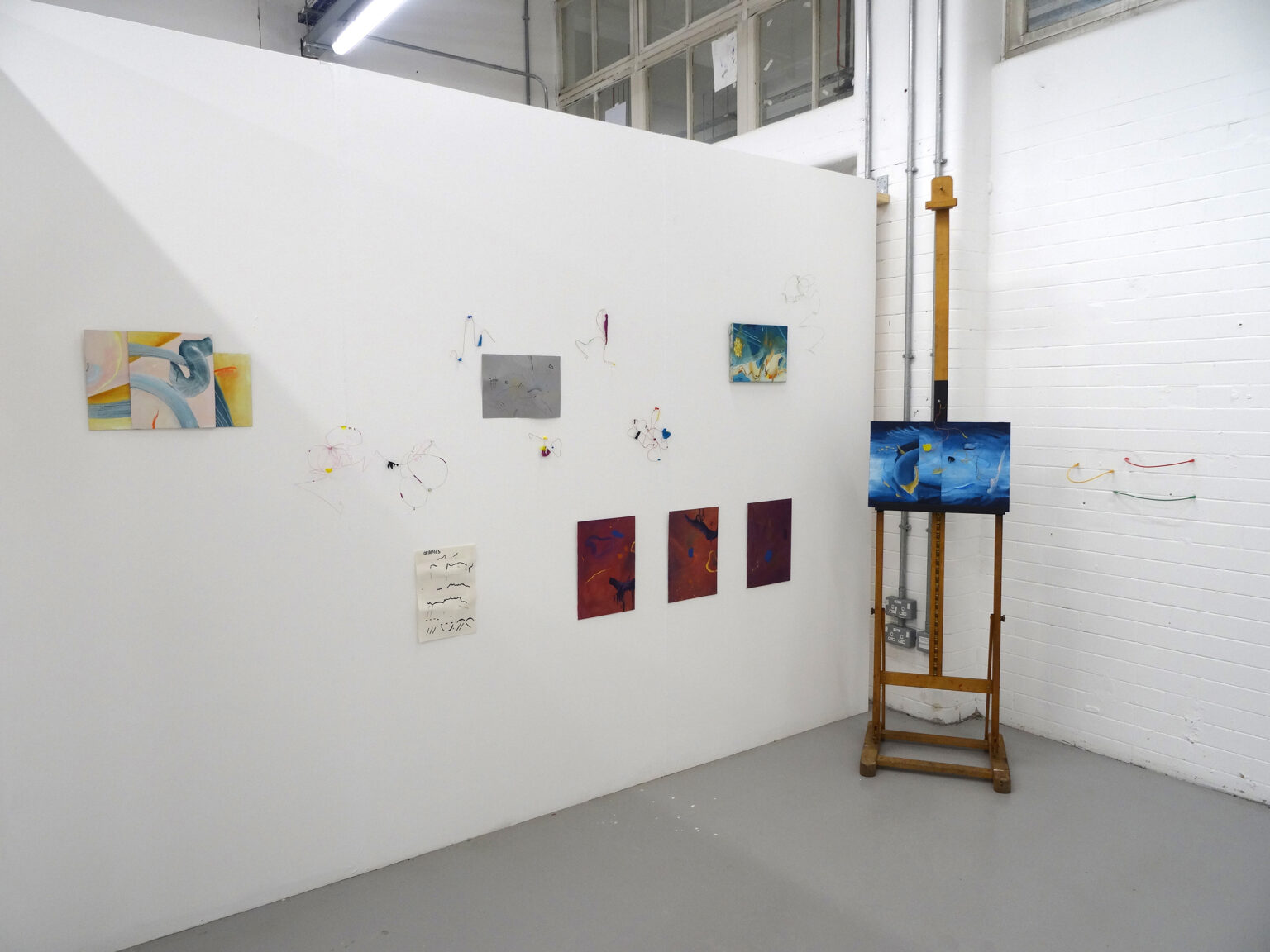 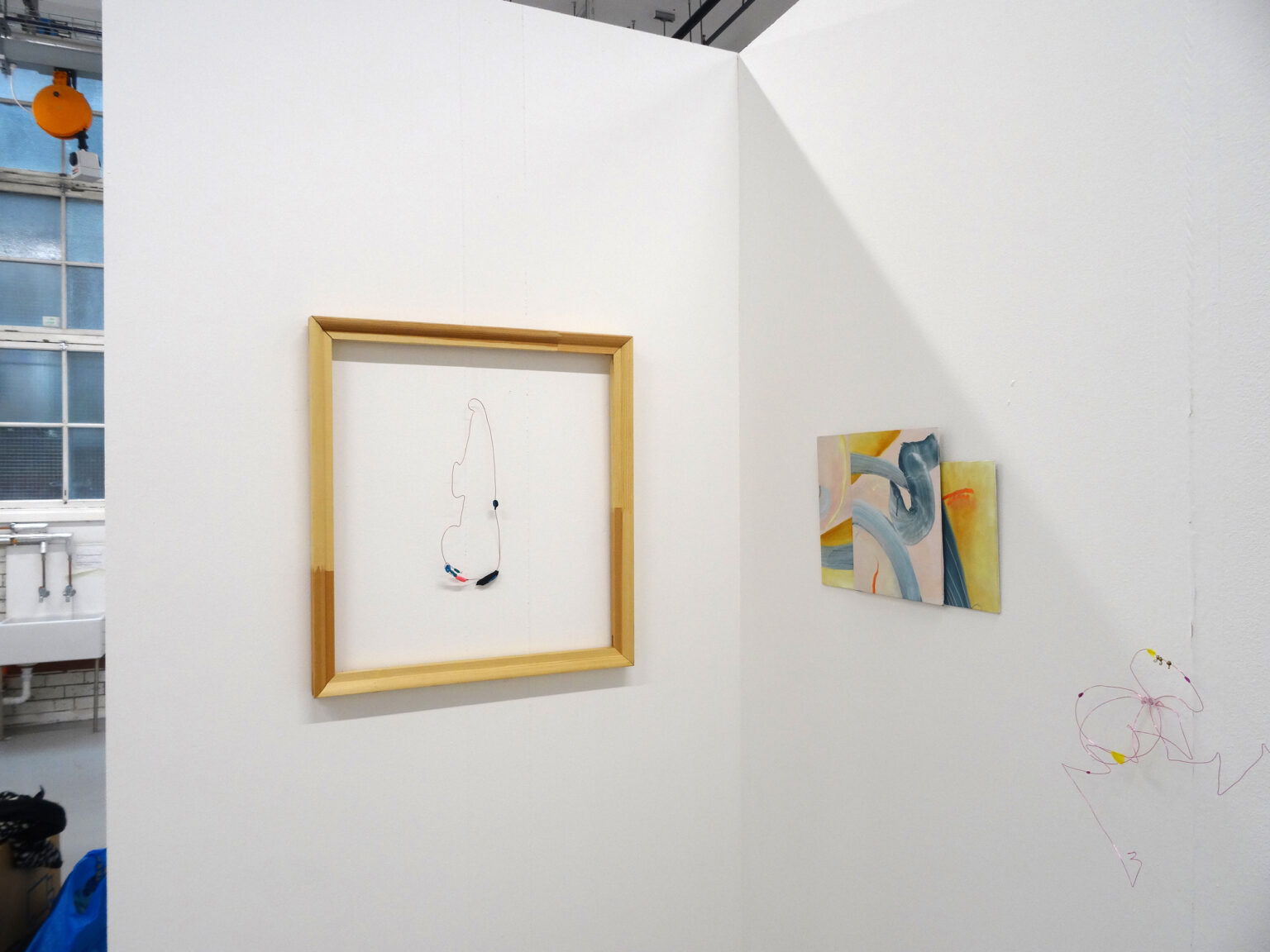 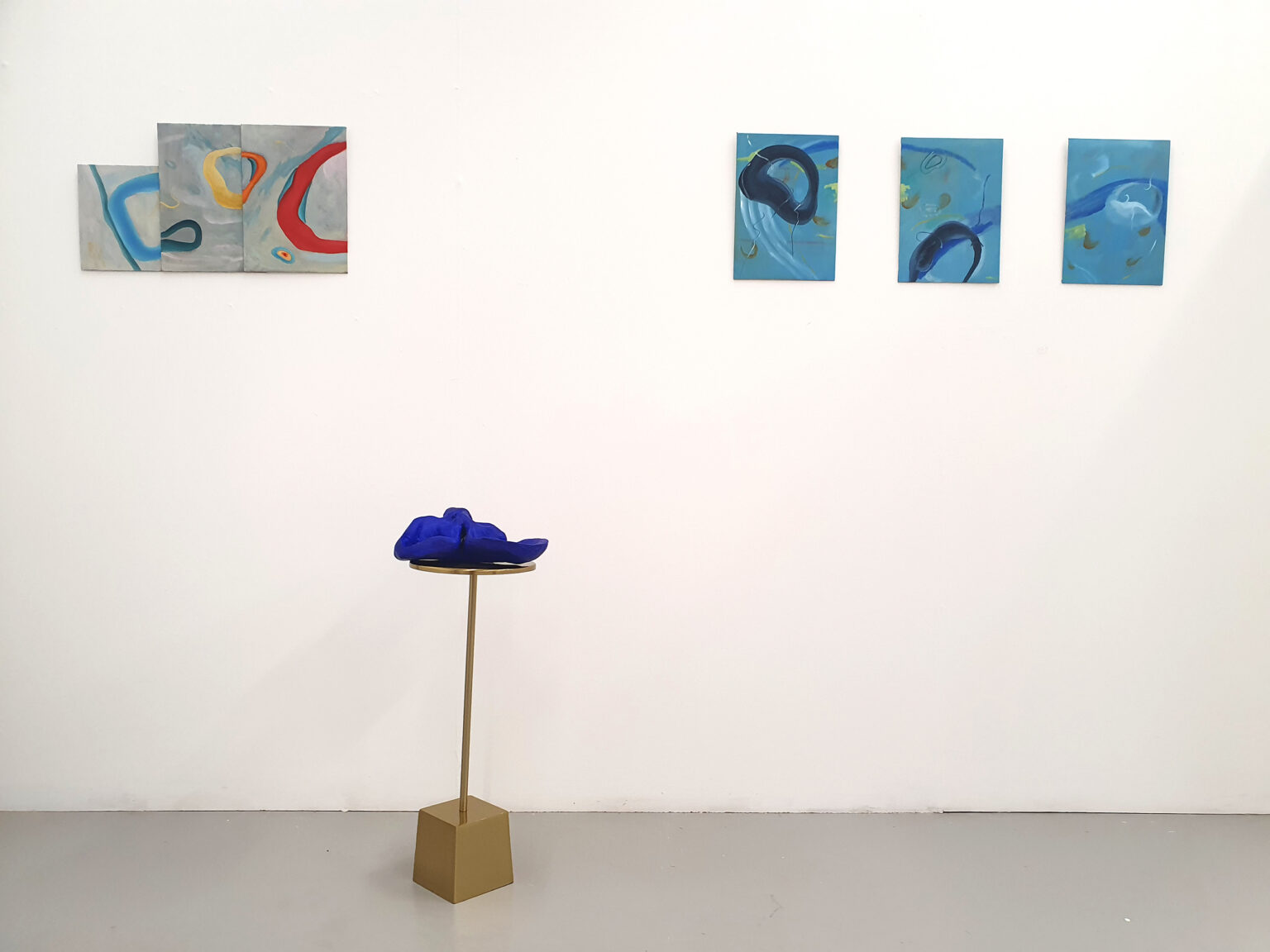 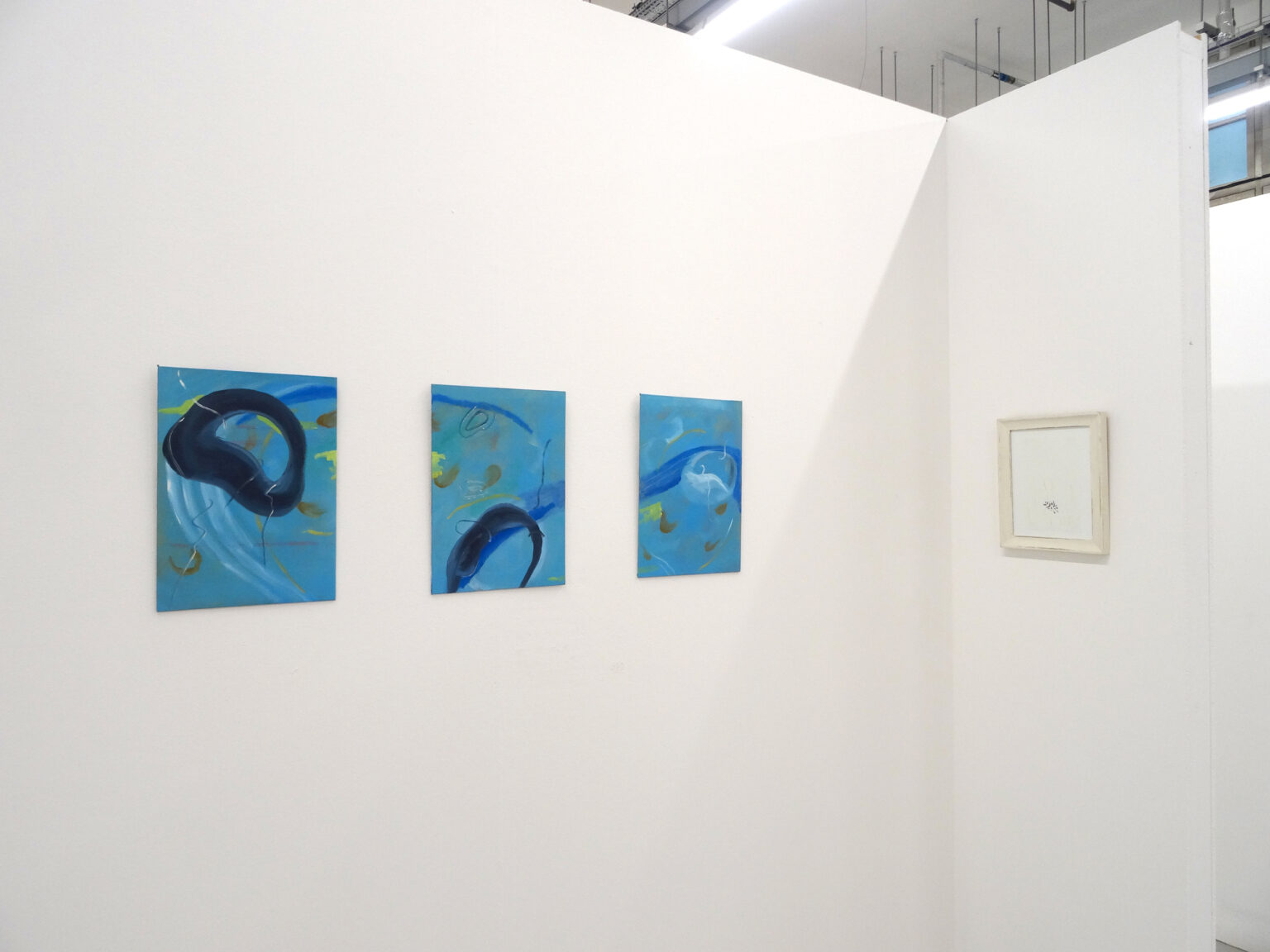 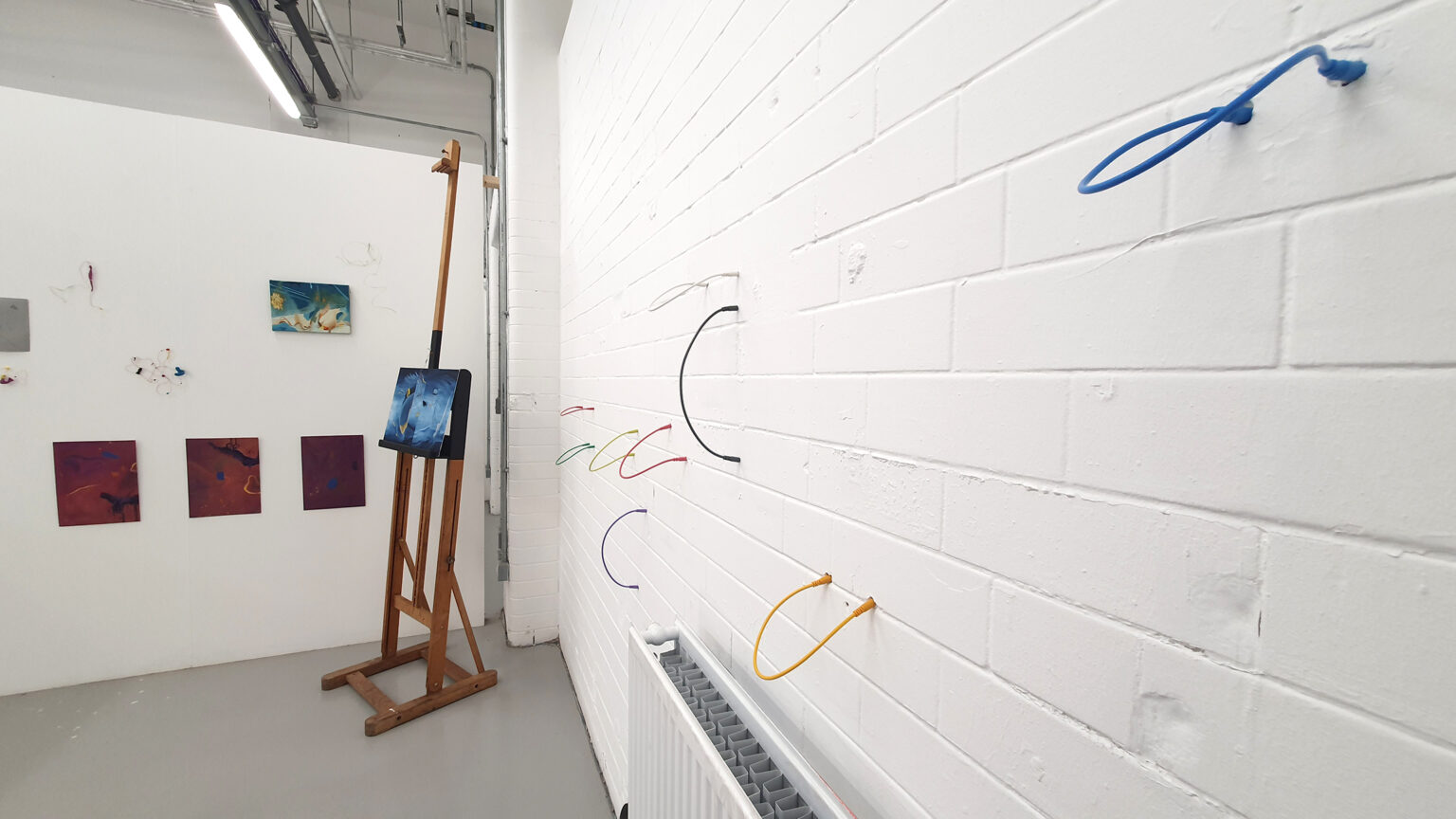 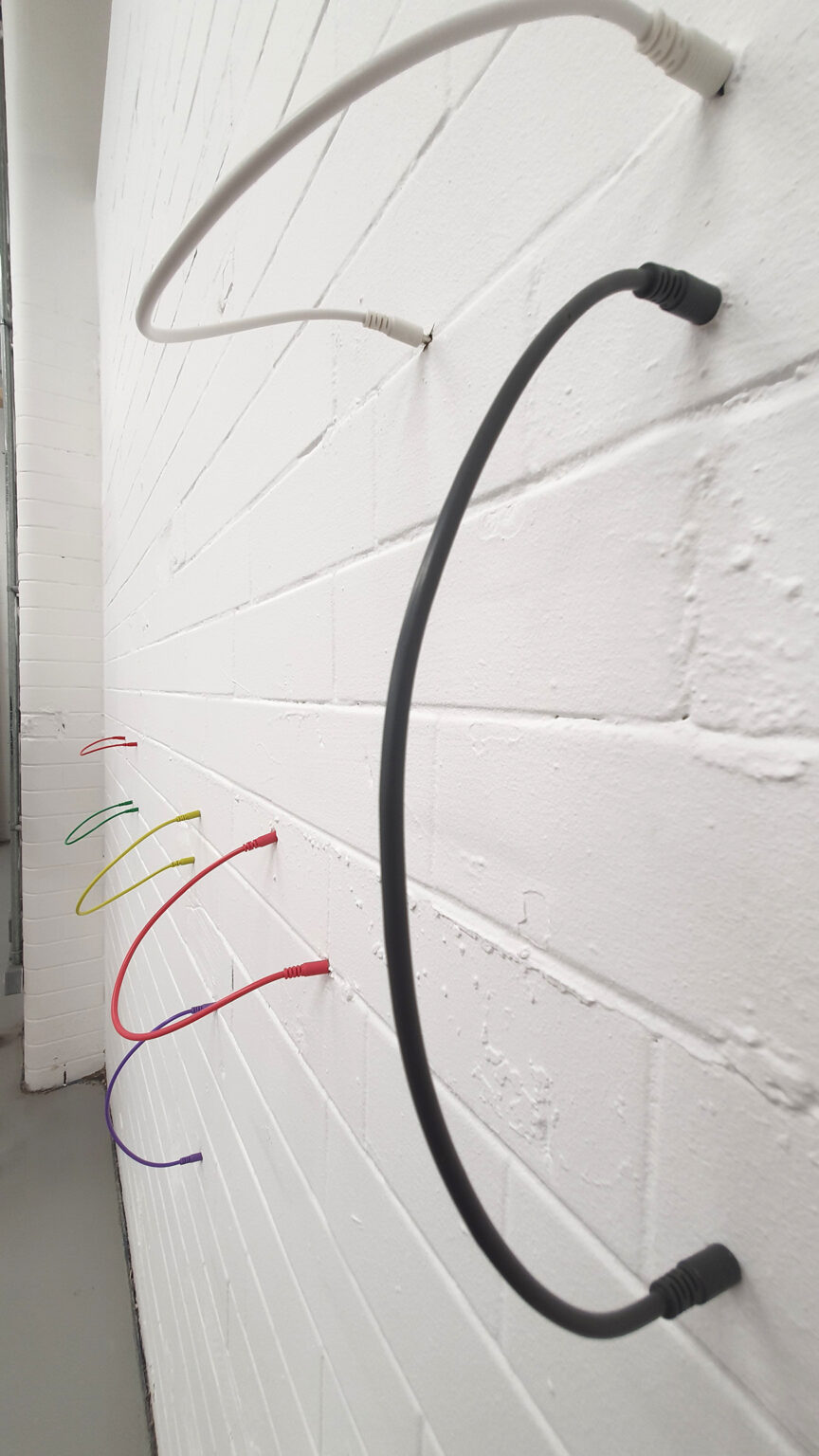