I found my mother’s used GuZheng at home

The white blob represents the body, a feeling of being pressed and overwhelmed,

while the shadow cast by the sun can represent an imperceptible pressure.

The wooden ones allow for a change in space, I am trying to make a connection between the small spaces of the objects.

The green fake lawn represents a more open space outside. and that‘s how the story begin

It is interesting that as these two ornaments are older than I am, I also have the feeling of playing with these objects as I try them out.

There is also a lot of alternating positive and negative space, and I think this part is similar to many of my previous attempts to use ‘negative space’ as a form of secrecy.

and I was reminded of Louis Bourgeois’ spiders. But what I see more than anything else is a powerless self-protection mechanism. 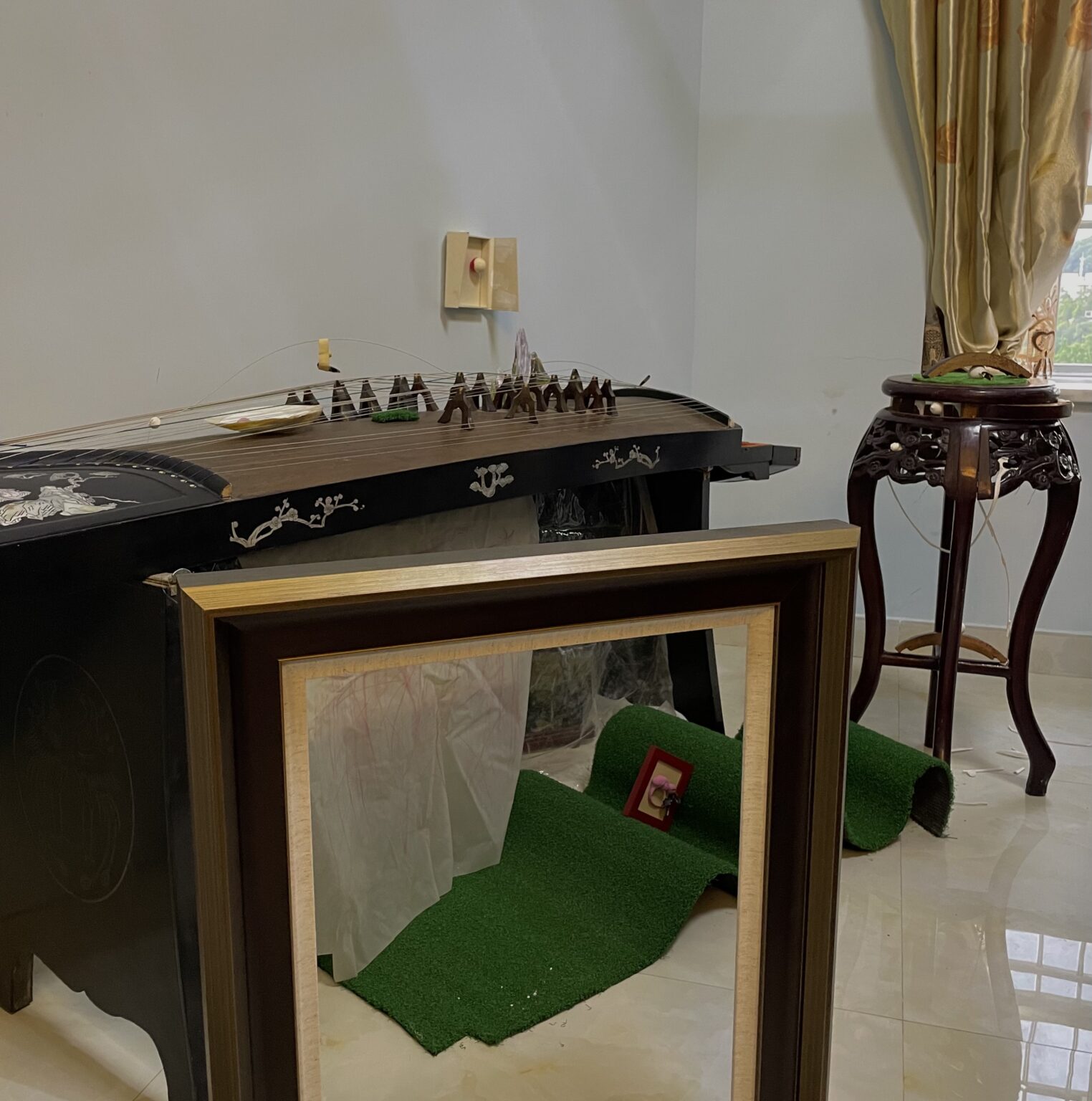 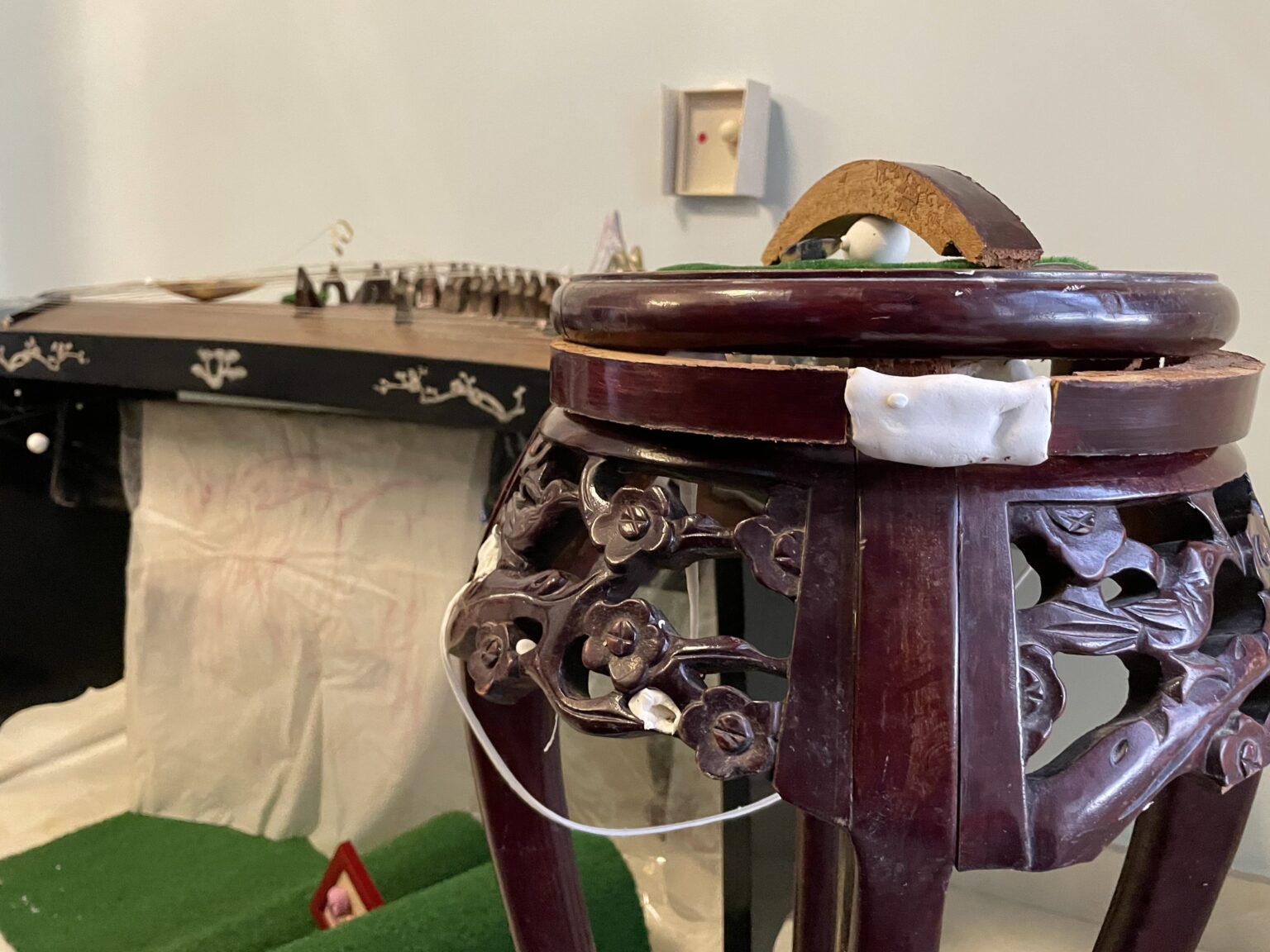 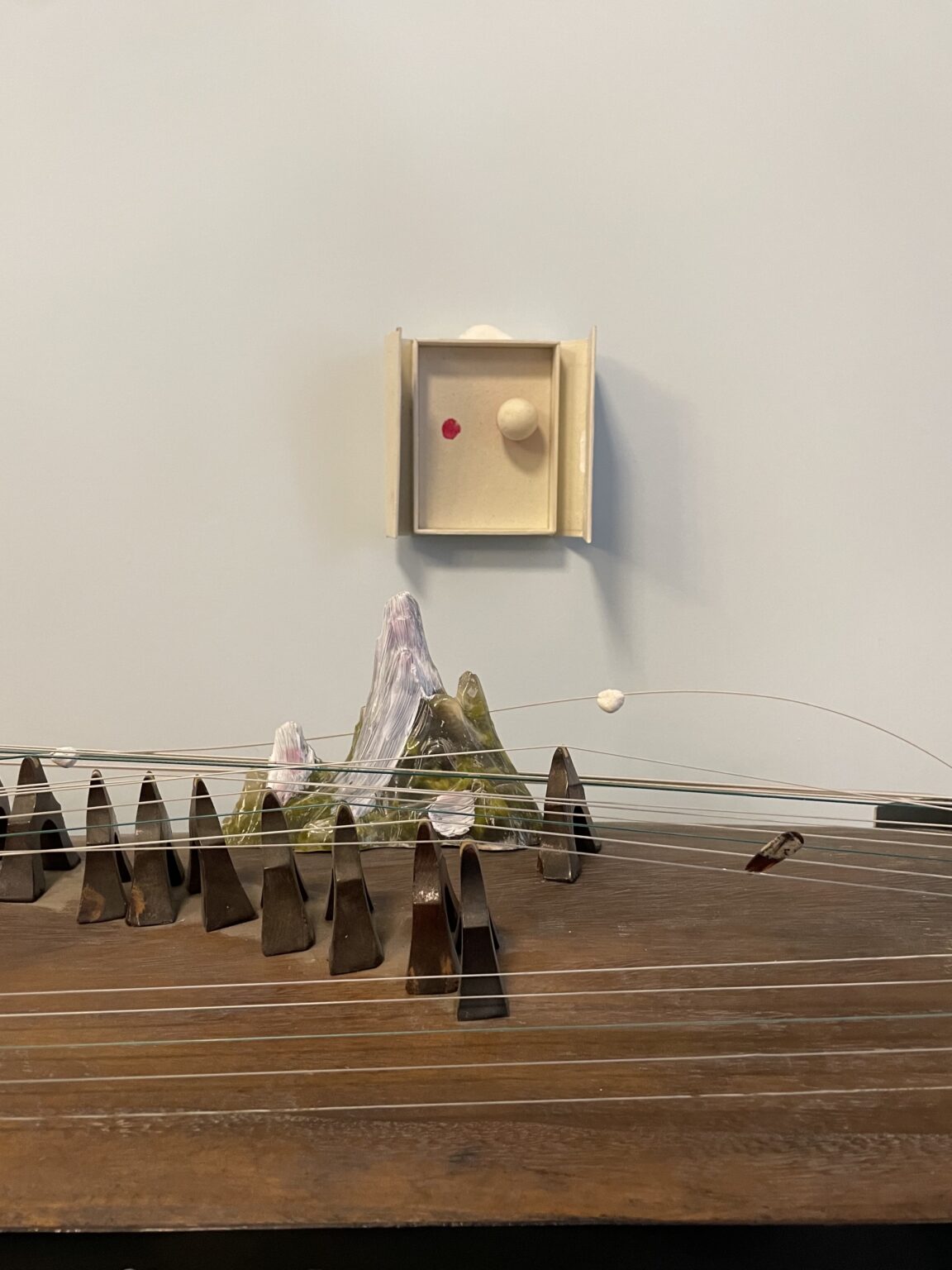 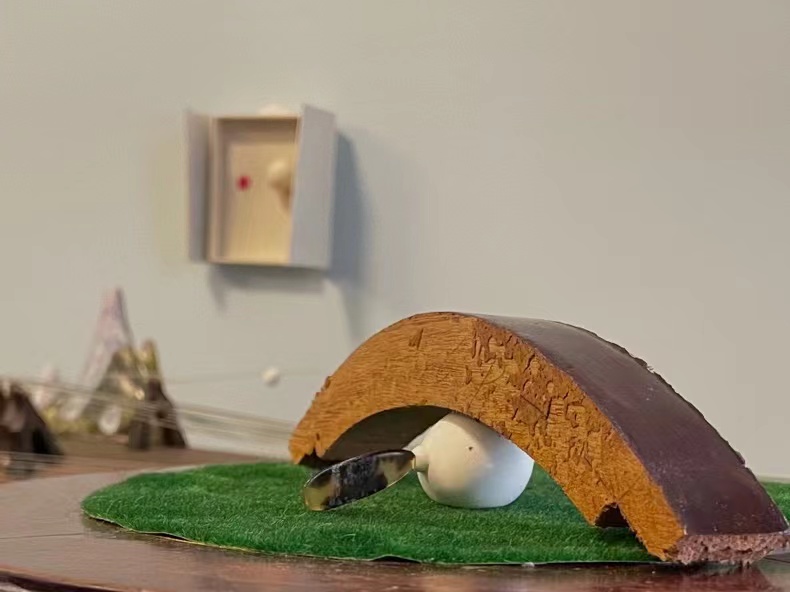