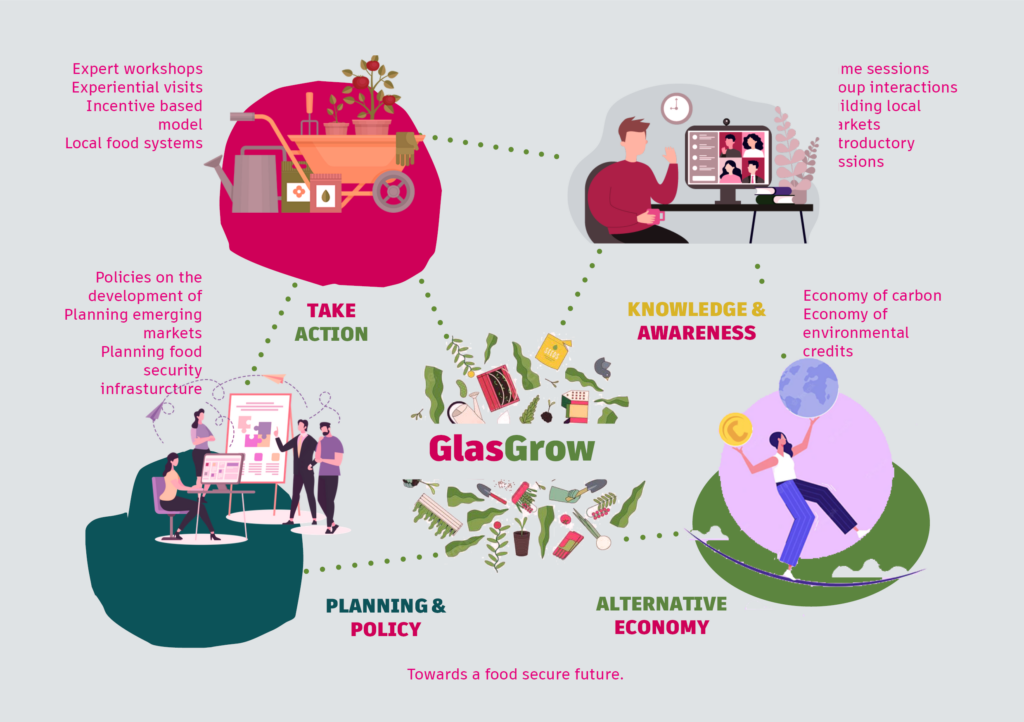 GlasGrow – Towards a food secure future in Glasgow

GlasGrow – Towards a food secure future in Glasgow

In the past 100 years, the average surface temperature of the Earth has risen by around 0.85°C (1.4°F) and since 2015 every year is breaking the record to be the hottest. This trend of the heating up of earth courtesy the greenhouse gas emissions is causing global warming and increasing our carbon footprint. With this carbon sequestration or carbon capture becomes more and more relevant.

The multi-fold impact of climate change is impacting every aspect of our lives. Food as we know it today is bound to be affected adversely in the coming future by it. Changed weather patterns, natural disasters and rapid urbanization are all affecting food production and distribution. The United Kingdom is highly dependent on import of food from different parts of the world its high dependence on supermarkets for fresh food and a lack of in-house local food systems is driving us towards a food insecure future.

Through primary and secondary research, I tried to investigate the problem in detail while looking at it from various lenses. Conducting structured/ non- structured interviews with stakeholders and experts and questionnaire-based response from locals of all age groups helped me define the problem. My insights from the interviews and case studies brought me to the conclusion that with knowledge and awareness we need to create an intent which could then be transformed into action through incentivization. With this important framework in mind, I have developed my proposal along this line.

The Glasgow city council has a target to reach net zero carbon emissions by the 2030, this proposal is a campaign aligning with the Council’s goal to achieve net zero carbon emissions in the year 2030. It works along the lines of climate action for a secure food future of Glasgow. The proposal is built around a speculative future in the year 2030, when food prices are going to be 4X times today and regular import of fresh food products will be on a difficult. The nutrition of fresh food will be following a faster trend of decline and dependency on pesticides and chemicals for food production will be rising higher.

Proposal
Glasgow has an abundance of open spaces and parks with a huge potential of development for different uses and activities. With the increasing need of carbon sequestration and reducing emissions, there is a chance to work on achieving this goal by working with local food systems. With the increasing importance of sustainability and health and well-being for the people, this is the right time to bring changes to leave imprints on people mind to bring behavioural changes.

A supporting 10-year Campaign is proposed, working towards – developing a planning and policy-making body, assets for knowledge and awareness; running reward systems in terms of alternative economies and taking action; by facilitating the establishment, supporting businesses and operation of local food systems. The main thought behind the idea is to facilitate the preparation, as speculation and planning in the present times is going to make a longer impact by actions in the future.

With changing the shift from a complete people centered city, it is time to recognize that people + greens make Glasgow! 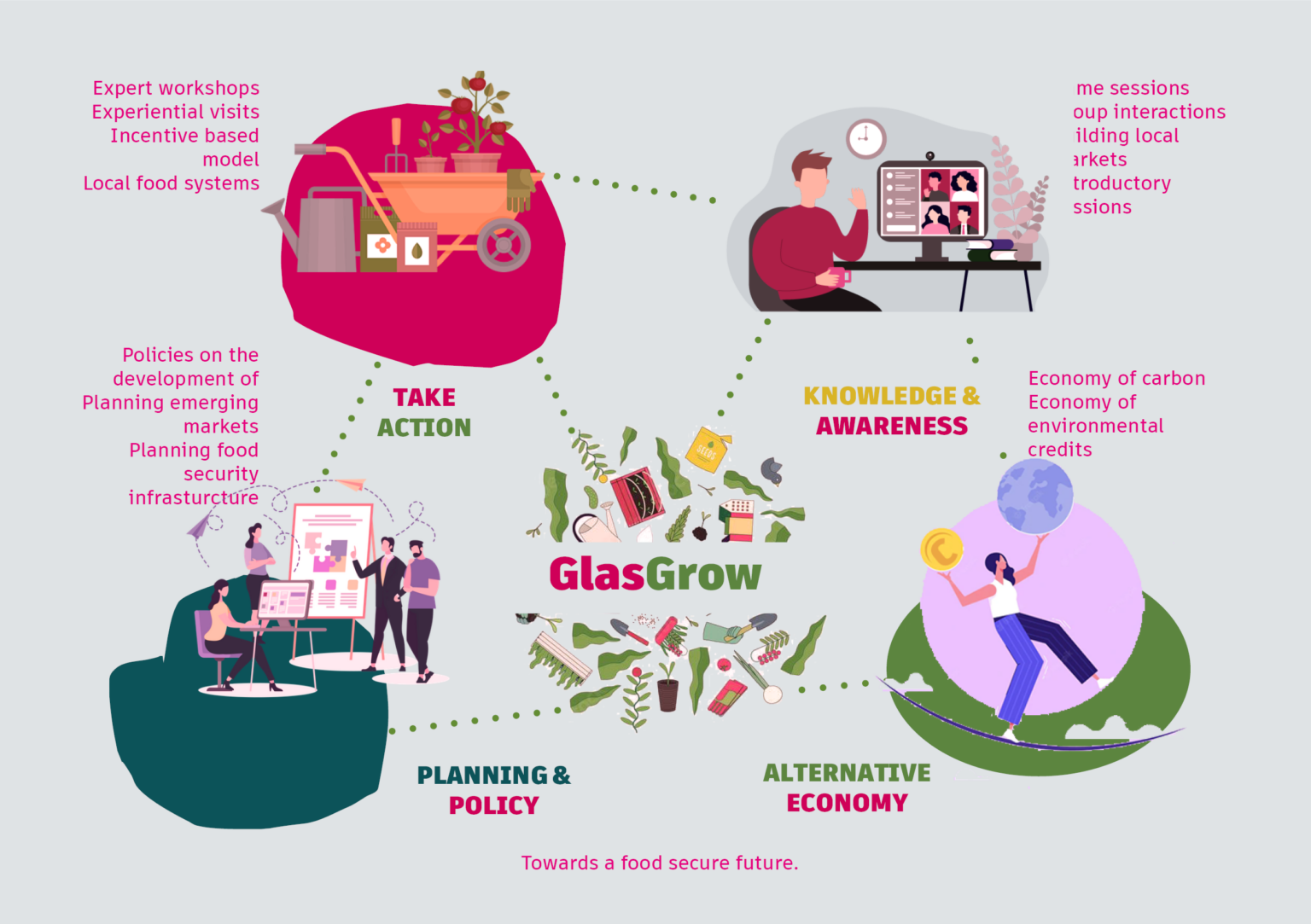 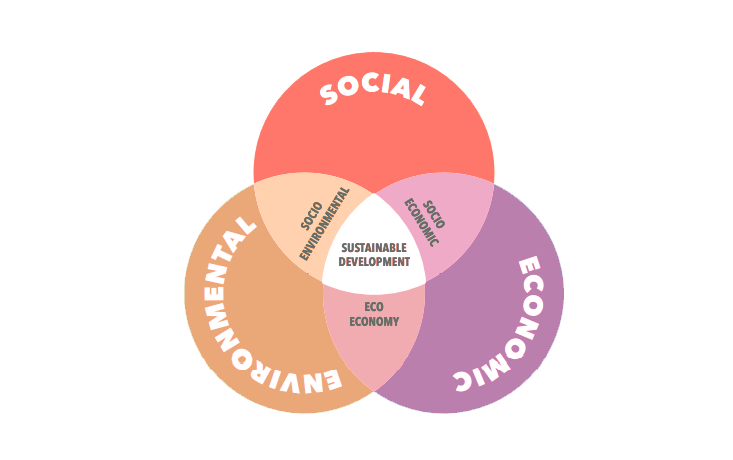 Venn diagram - Interconnectedness of Sustainable development goals of the project

Consumer perspective on carbon footprint of their food