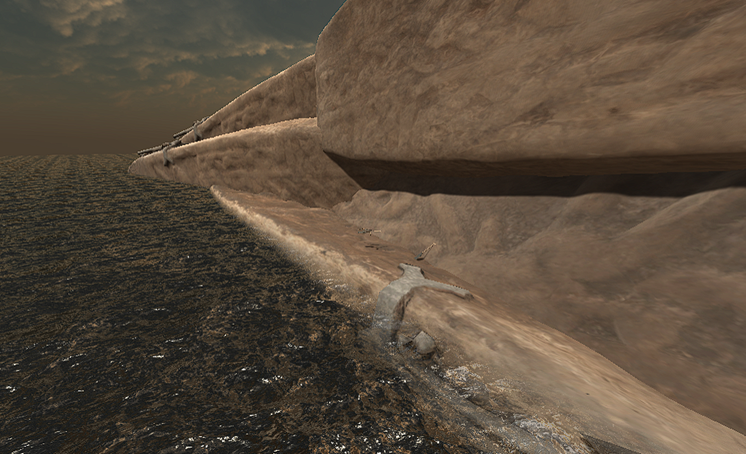 James Webb  was part of the Heritage Visualisation class of 2021-2022.

After six years of working as a site super visor within the archaeology sector I decided to pursue studies in heritage visualisation due to a passion for digital visualisations as well as an understanding of the importance of the medium in reaching out to the  public.

During my studies I worked on several projects such as:

For further enquiry regarding my work please feel free to email me.

The Govan Stones: The Life of a Sunstone 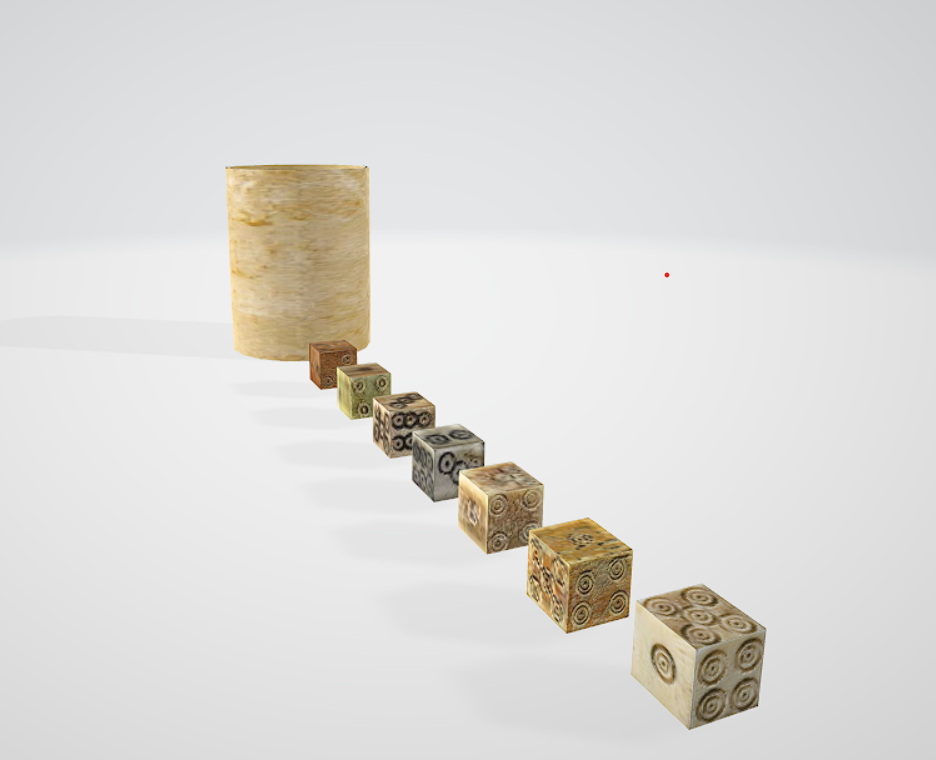 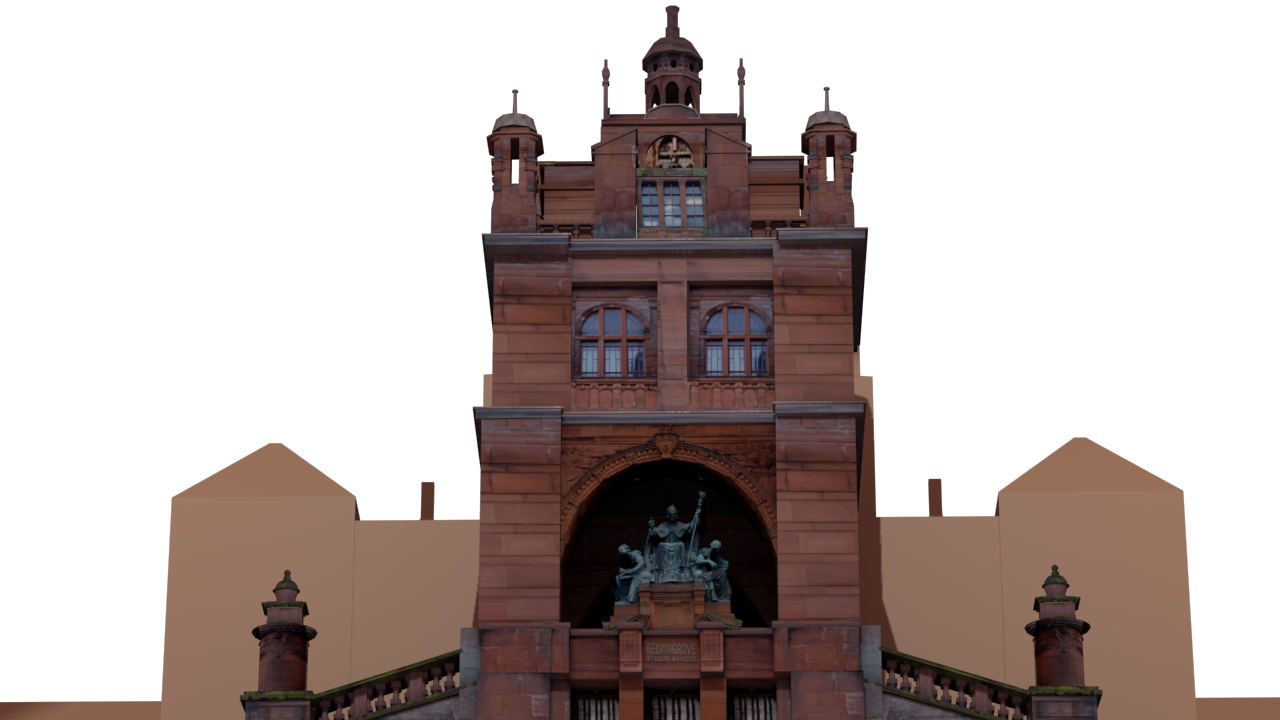 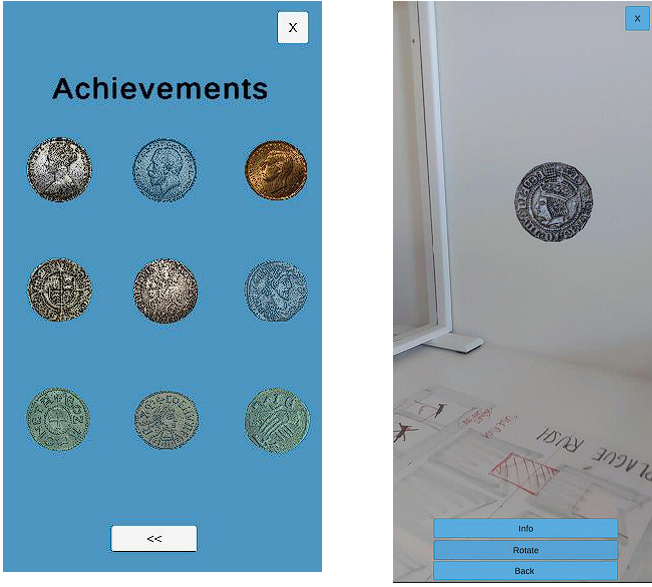 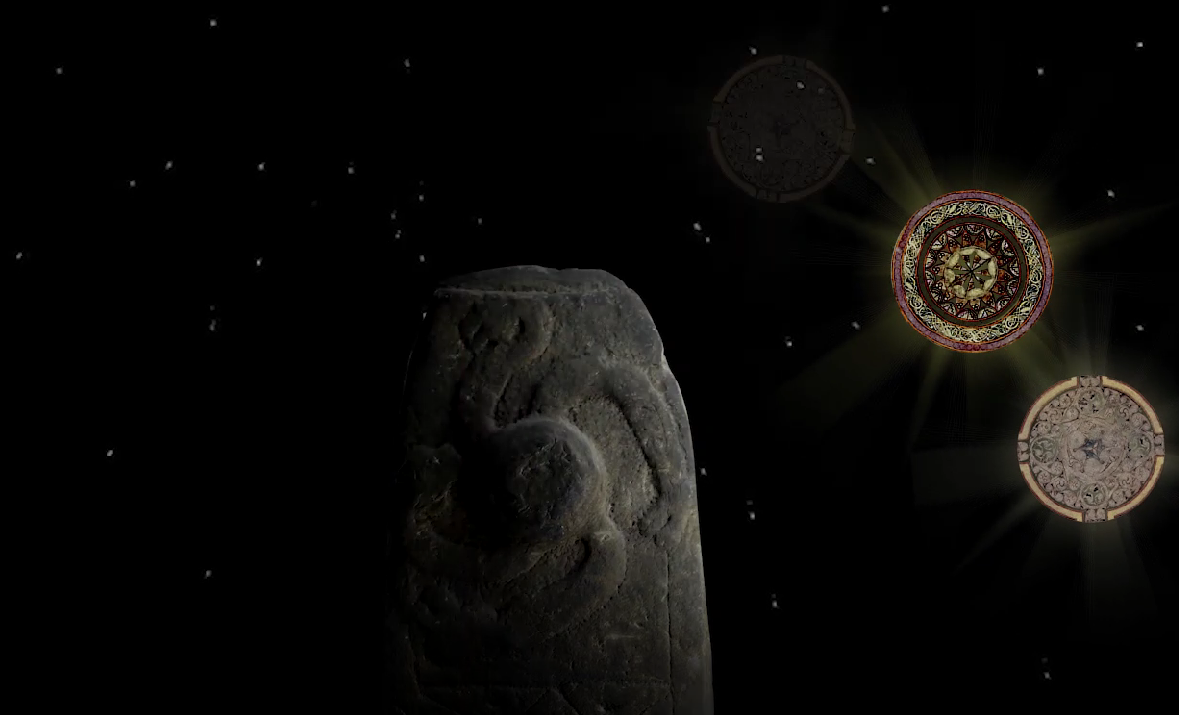 The Govan Stones: The Life of a Sunstone

The life of a sunstone is a short movie that tells the story of Govan through time. A product of a group project, we conceptualised a playful narrative that touched on temporality, non-human actors and the fragmented nature of memory and subsequently the past. Together we made decisions, divided up roles, co-wrote a script, used the recording techniques of photogrammetry, RTI and laser scanning as well as compiled a coherent archive.

The project focal point on the Govan Stones led us to the process of constructing ‘digitised’ objects from non-digital originals and creating ‘born digital’ artefacts and environments to situate them in a depictive visualisation.

Based on research on the era and local area, my scene (pictured below) represented Govan in the 9th to 10th century. I used a combination of models that derived from photogrammetry (The Govan Stones), models created in Blender (Moot Hill, also known as Doomster Hill) and third party assets (trees and the medieval houses) to do this.

With a focus on creating an affectual encounter of the place, I curated a scene that employed Unity components such as an environment ‘skybox material’ that created an atmosphere, packages such as ‘terrain tools’ to sculpt the shape of the river and paint details, and also post-processing effects to simulate the blurred and distorted nature of memory. A camera animation began with the POV of the Sunstone looking down on itself and celestially rose to witness the wider landscape. It then proceeded to move toward Moot Hill, once ‘a place of power, assembly and identity’ for its people, before being cut short by the fragmented infiltration of the stones in the present day.

A powerful motif in this visualisation is that of replicas – the Jordan Hill Cross, now tangibly located outside of Govan Old Parish Church, is given a new context based on interpretations and theories of where the original may once have been.

Unfortunately, the video could not be presented online due to licencing of the music used. 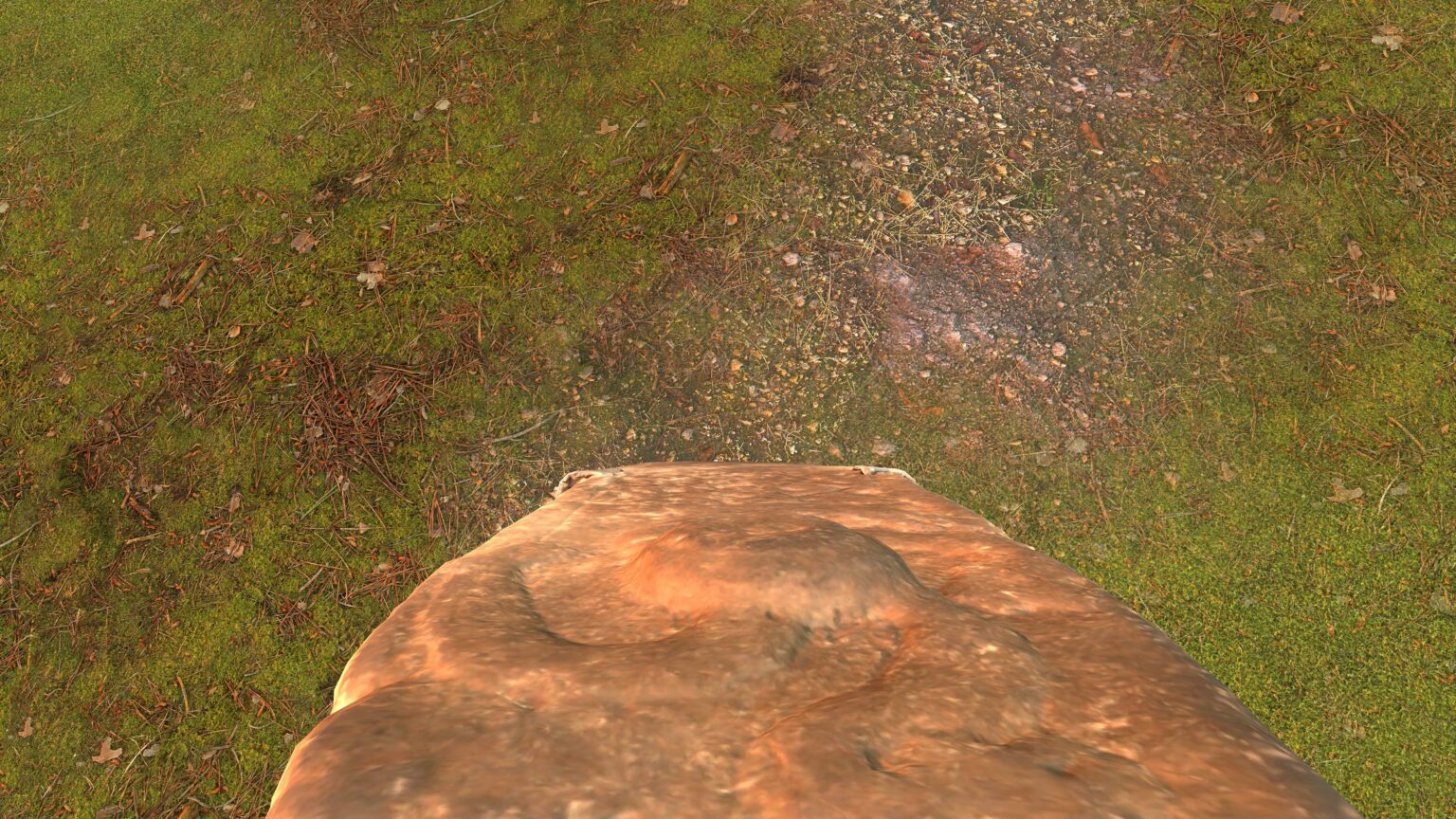 Looking down on itself to imply a feeling of awakening. The Sunstone model here was intended on being coloured as it has been suggested the stones once were
1 of 8
Previous Next
Close 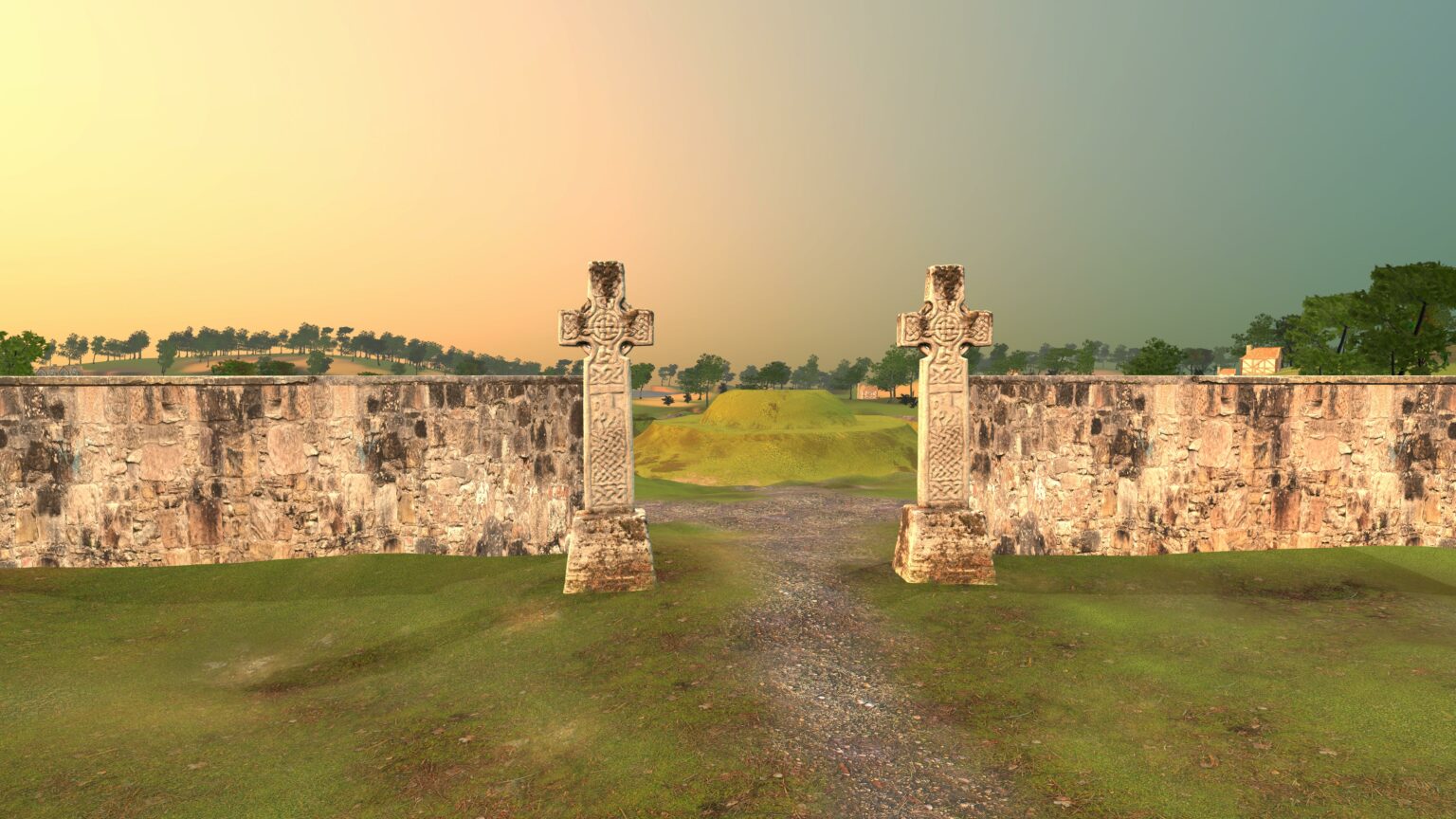 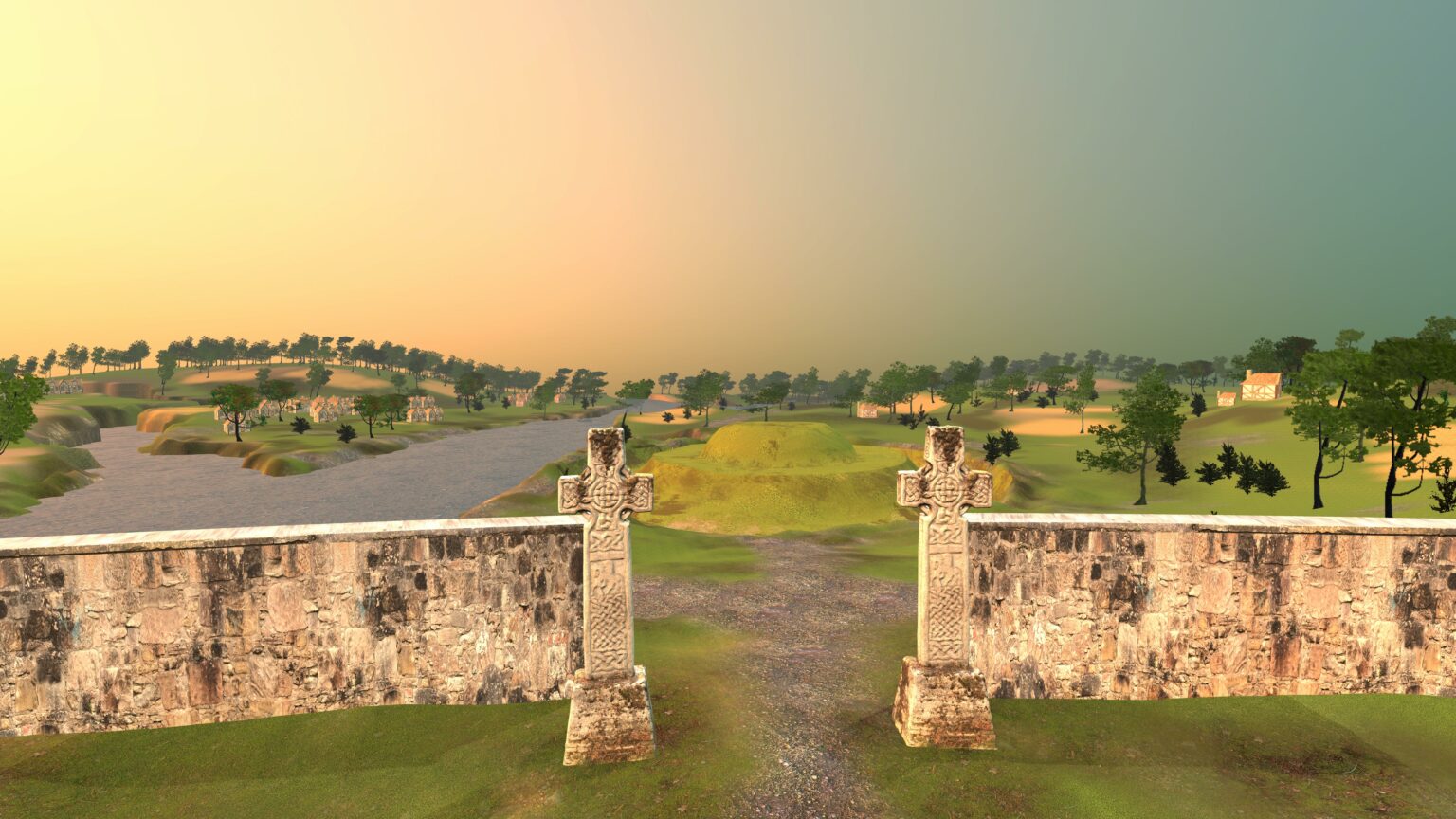 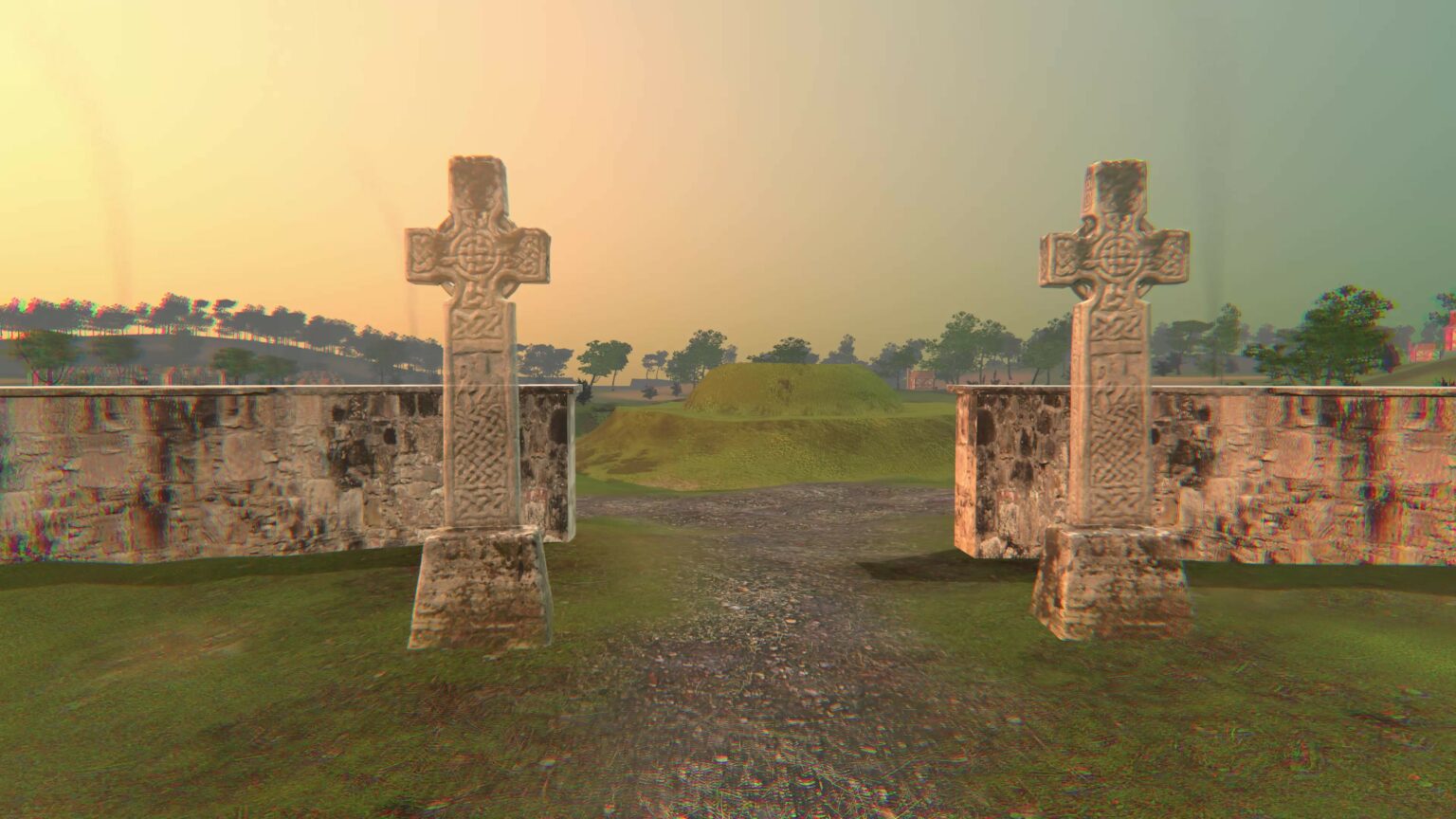 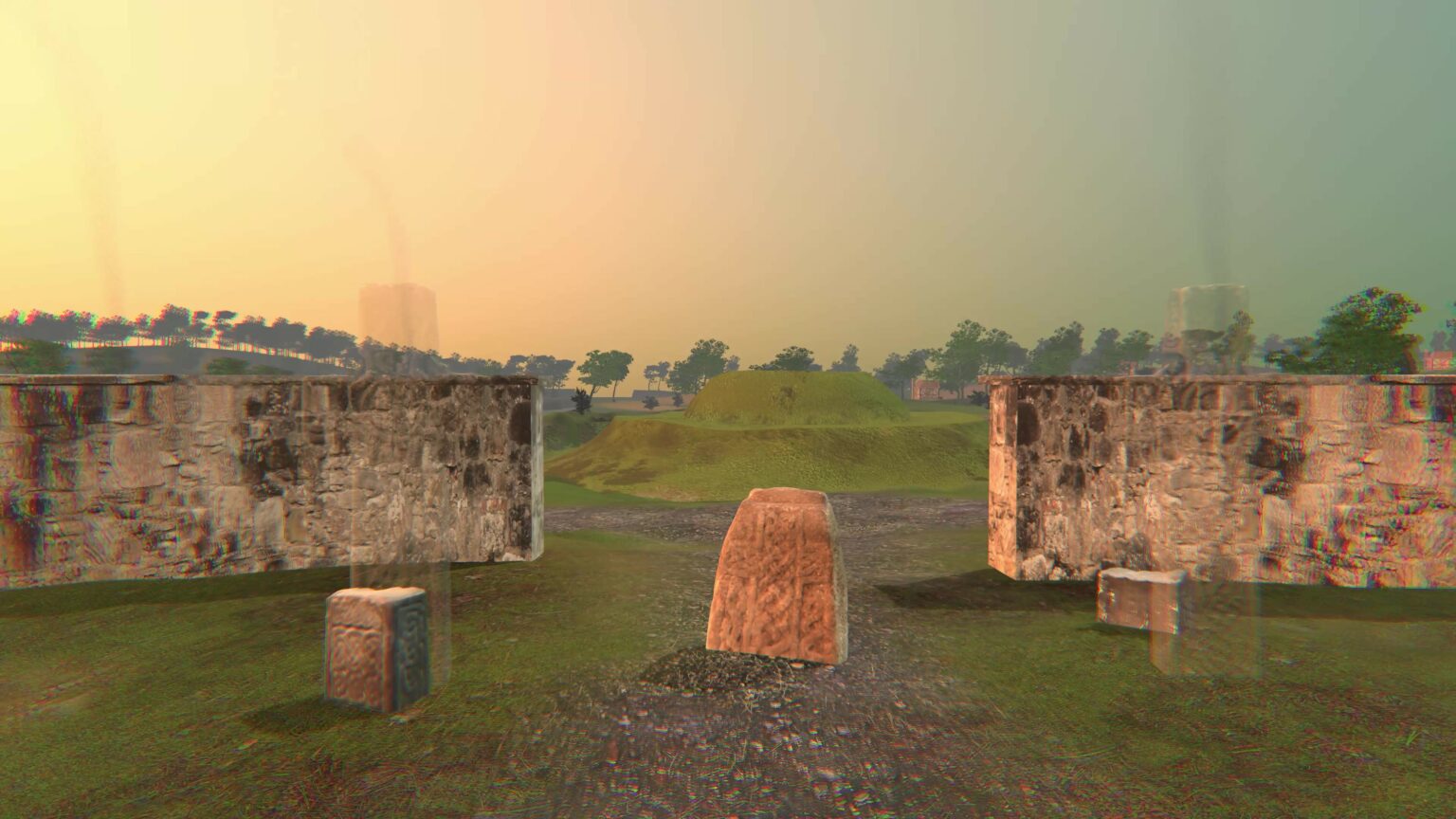 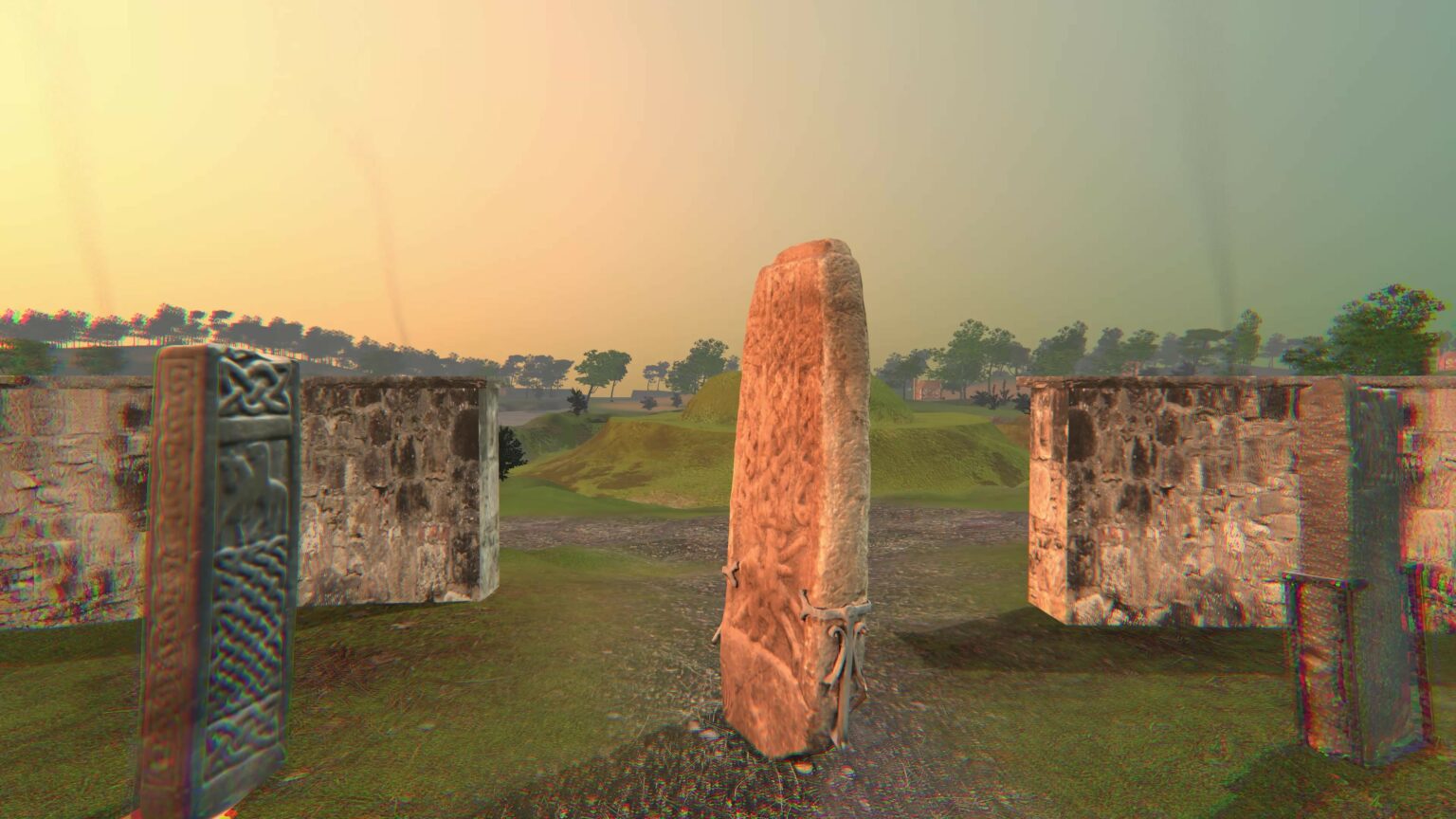 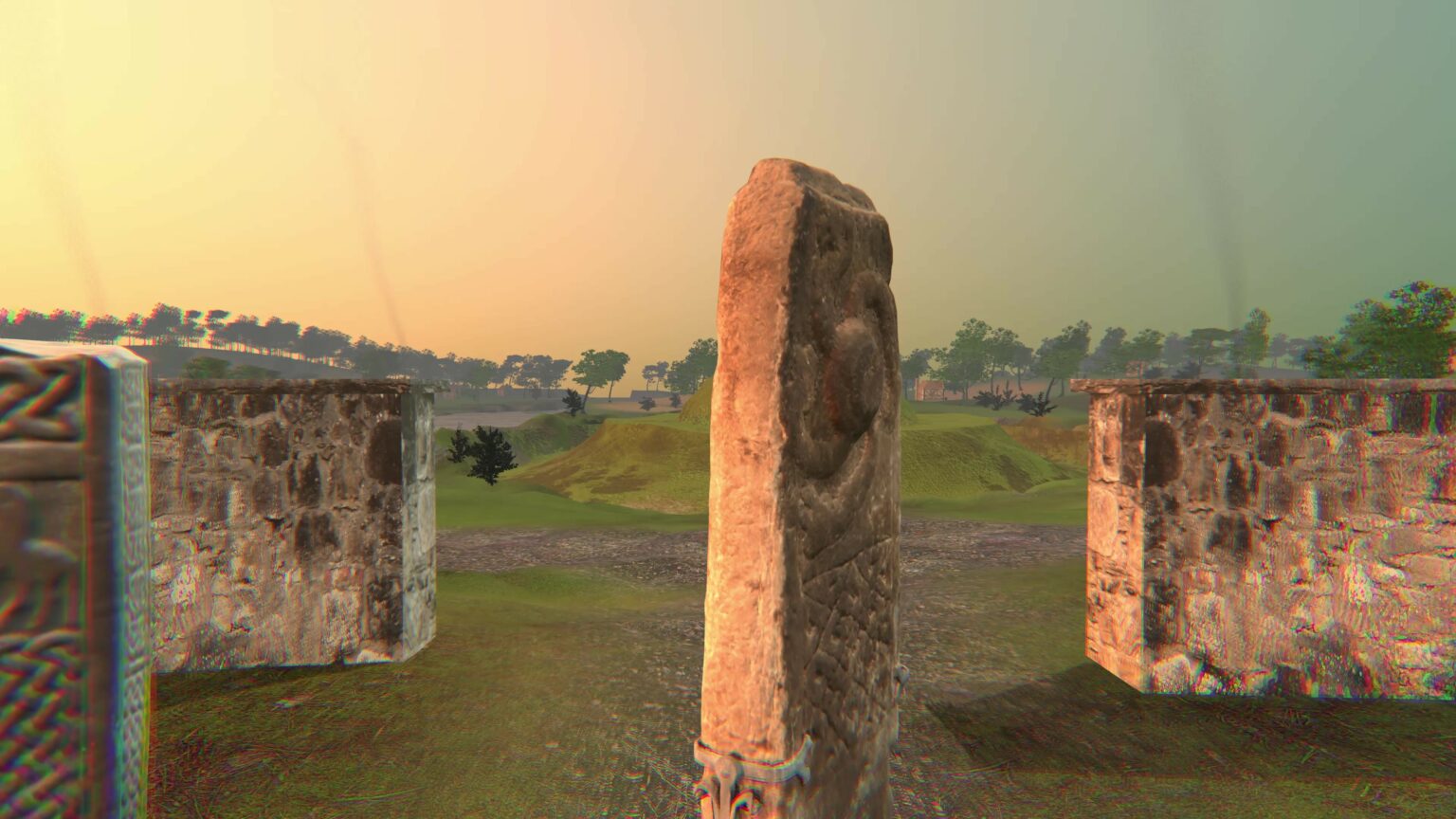 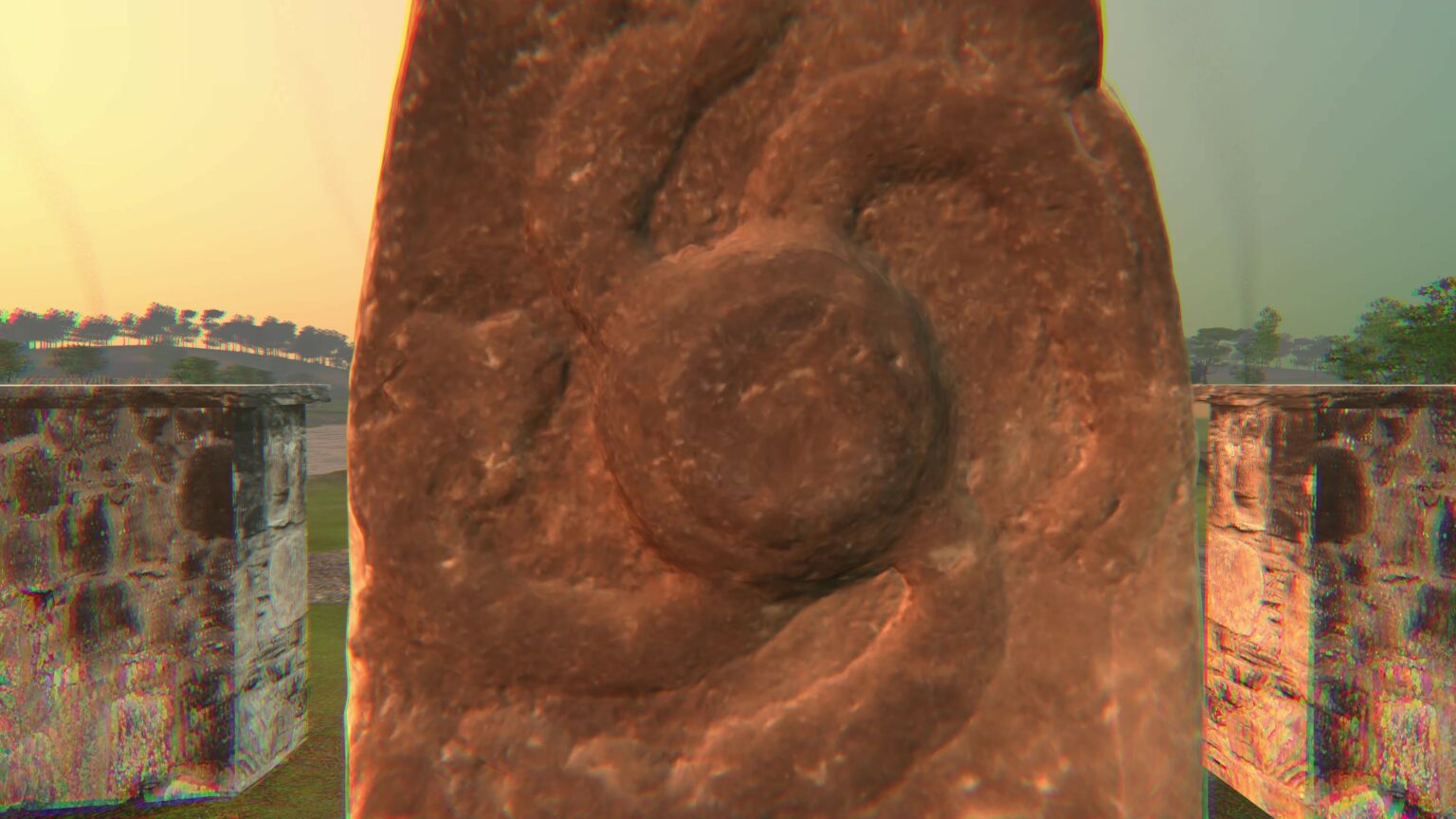