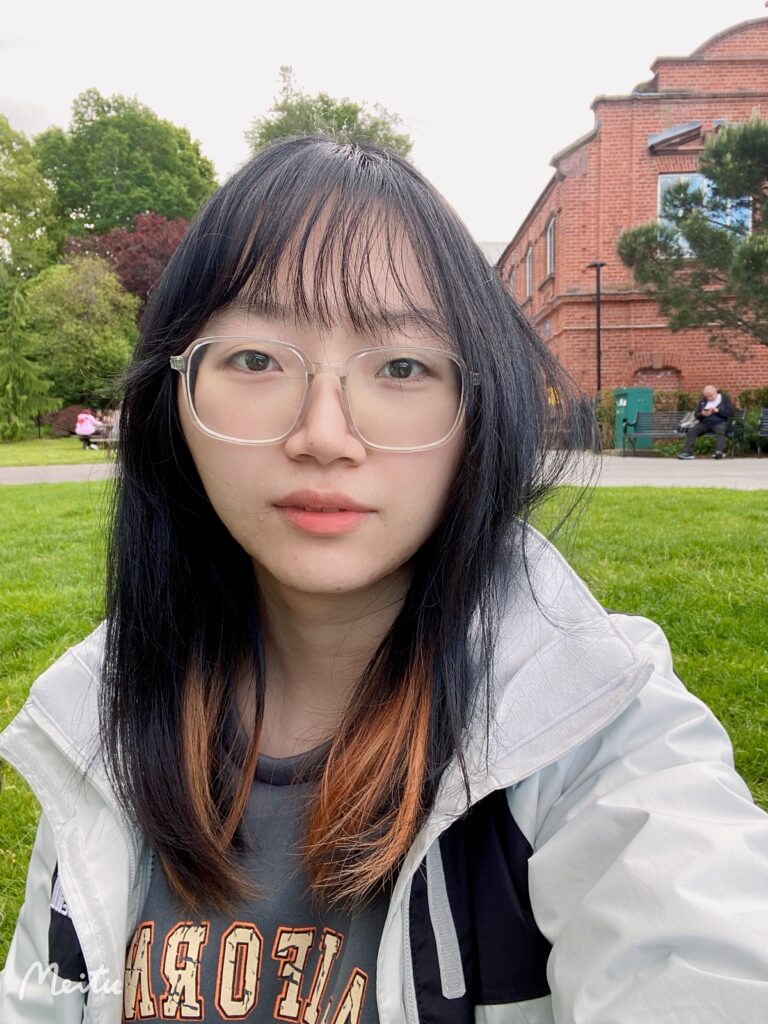 Currently, most human beings hold the attitude of protecting and keeping away from animals such as seagulls forced into human communities due to habitat encroachment. Human beings use laws and regulations to restrict human behaviours to a certain extent to protect them, and they tend to indulge and ignore their behaviour patterns. But the overlap between animal habitats and human communities is a given. Conservation should not be done with a negative attitude that only seems to admit one’s fault, but rather with an acceptance and reconsideration of what urban structures with other species should look like.

From the perspective of sustainable thinking, since urban expansion cannot be avoided, we should consider how to do better. For those creatures that can adapt to human life patterns, it is possible to incorporate them into the urban fabric. Such actions can be more effective than sloganizing about conservation. The relationship between animals and human beings should be equal. Other species in the city, no matter cats, dogs, squirrels, seagulls, and pigeons, should have their own independent living space and way.

This project is not an actual project. The design is based on the premise that seagulls can sense self-resistance and teamwork. It is more like a virtual speculative design – through innovation, people can reflect and conceive of the future and think critically about it. I did not mention this concept in this project that the project has introduced the idea of the ecological balance of species in a sustainable direction and said the theory of narrative space for implementation. I do not think I can handle more theoretical concepts in a limited time. However, if I have the opportunity later, I will extend and discuss the direction that speculative design leads to thinking to reconstruct future possibilities. What form should creatures such as seagulls take in the future of human society and urban structure? What kind of attitudes should humans have, and what changes should they make? The future may not be peaceful, but it should not be the current attitude of “indifference”. 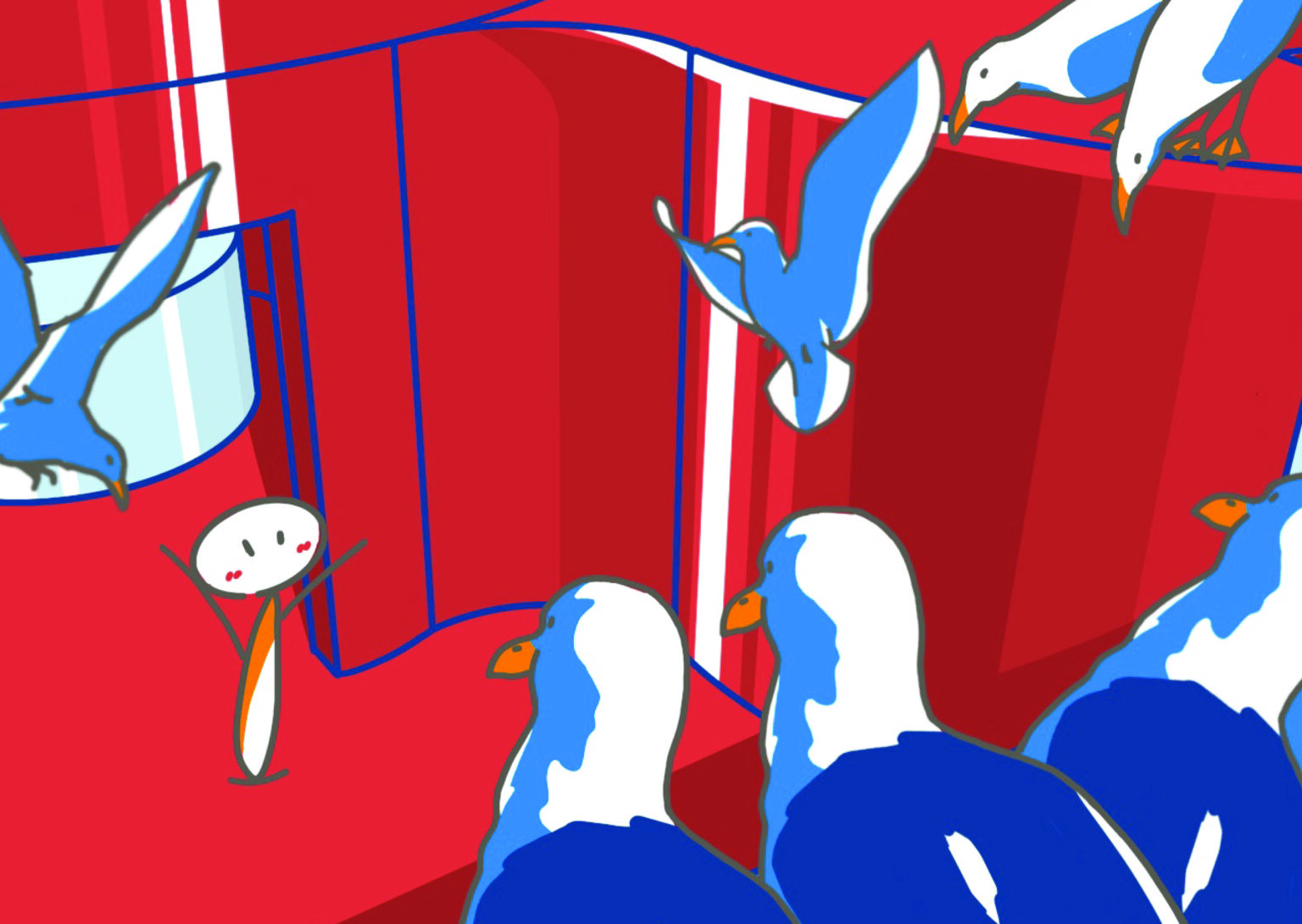 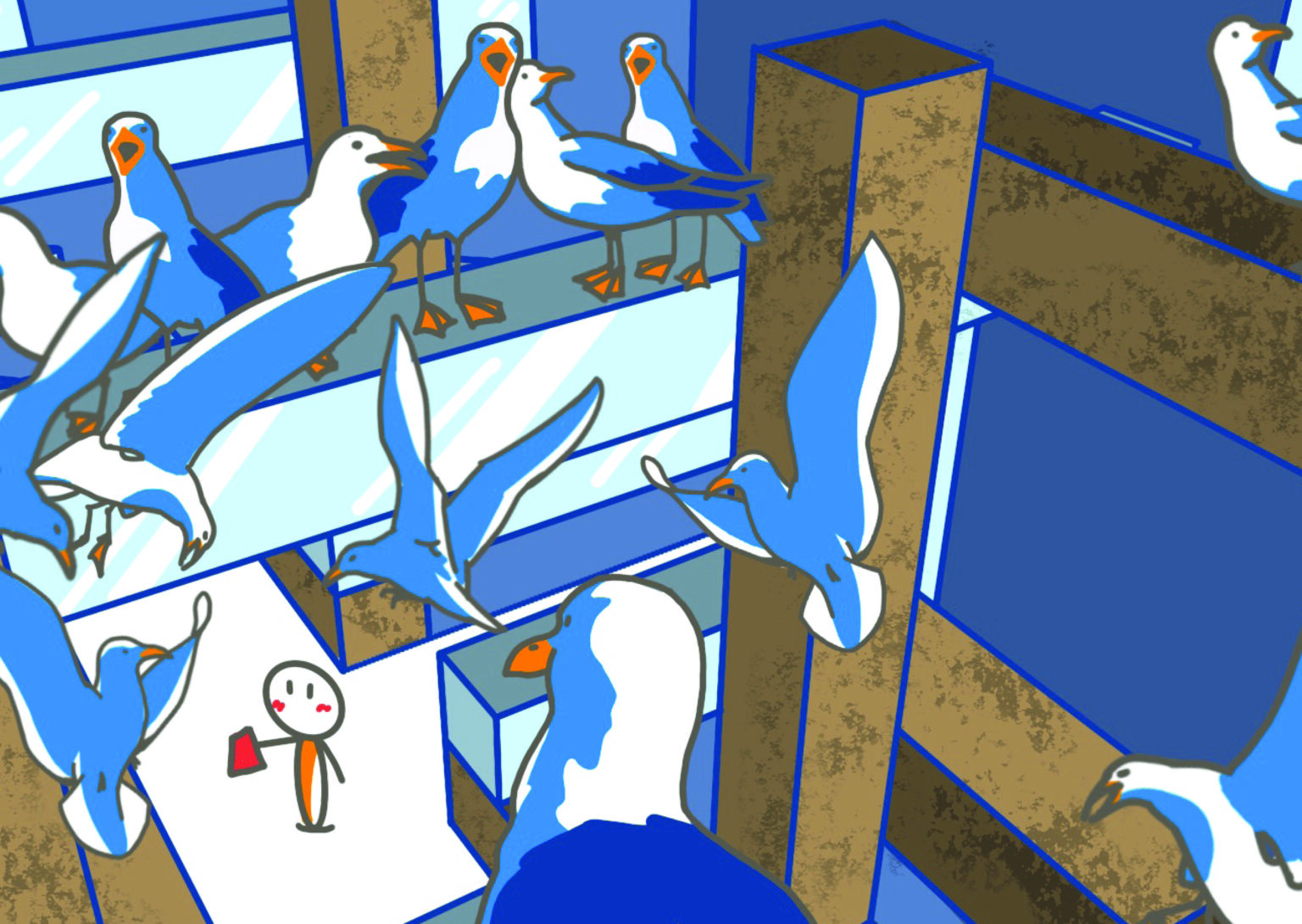 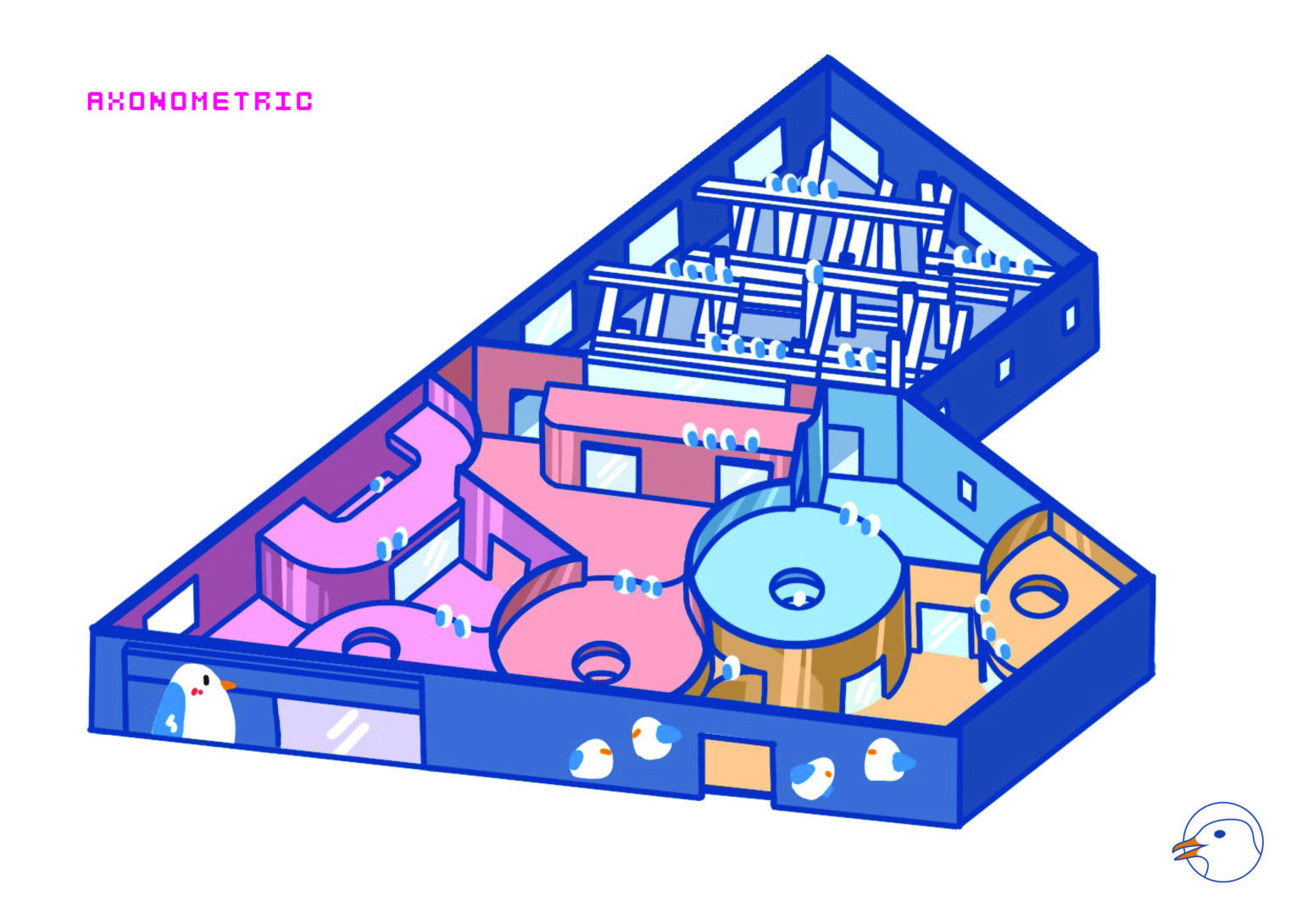 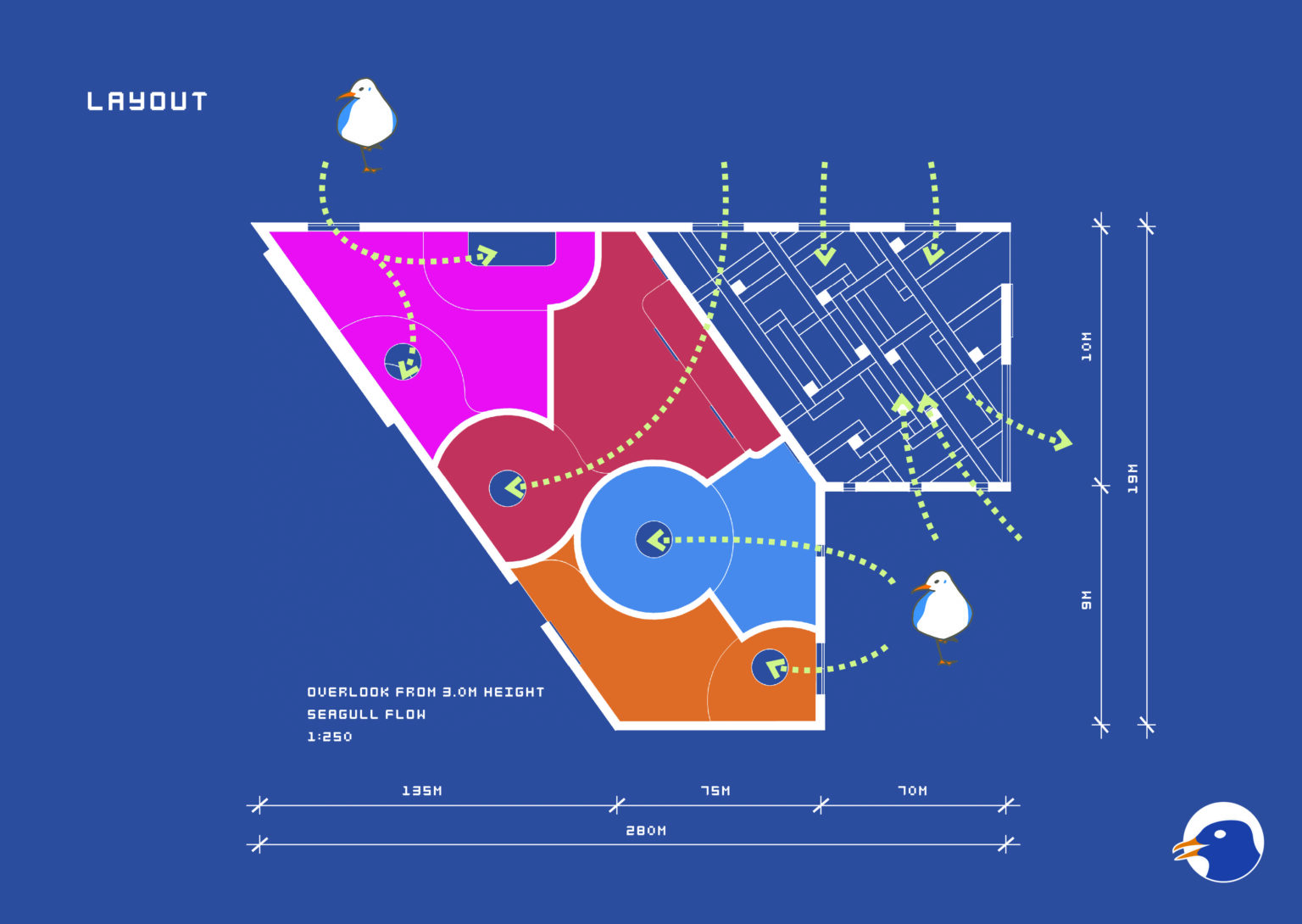 Seagull Flow
4 of 5
Previous Next
Close 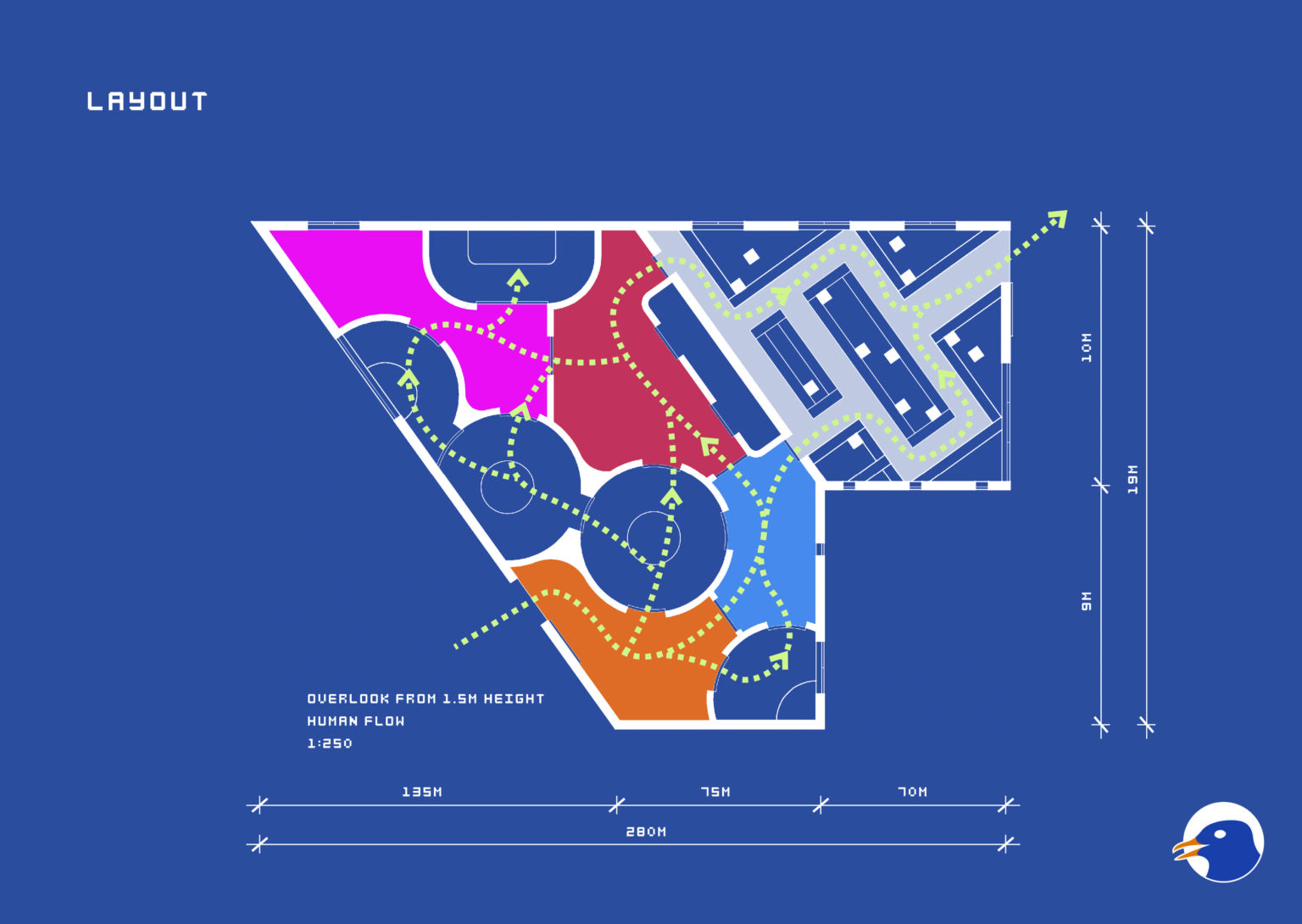 Human Flow
5 of 5
Previous Next
Close